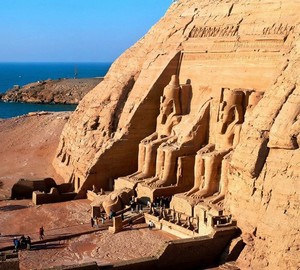 Unlike the well-known pyramids at Giza, the valley of the Kings and the Cairo Museum, Abu Simbel recently was away from the tourist trails. During the construction of the Aswan dam, this monument of ancient culture could be under water. Thanks to the efforts of UNESCO and engineers from fifty countries, in three years, this temple complex was moved to a safe place. Looking at the impressive size of the temples, you realize the enormity of this migration and imbued with respect and admiration for this engineering marvel. 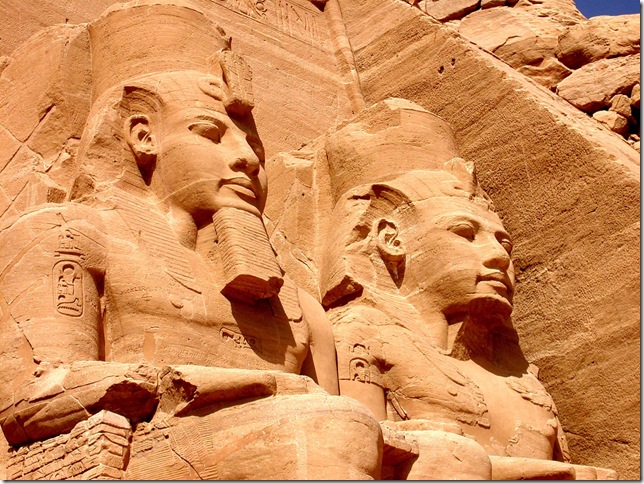 Abu Simbel is two temples: Ramses II and his wife Nefertari (13th century BC). This Royal couple has played a major role in the history of Ancient Egypt. Ramses was called the “beloved son of RA,” and Nefertari “the one for whom the sun shines”. The Majesty of the mortuary temples of a married couple, the abundance of monuments dedicated to them, talking about the power of the Imperial power in the period of Egyptian history. 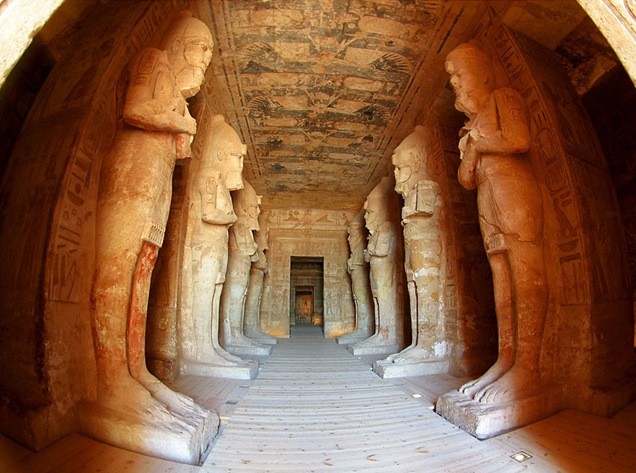 The great temple of Ramses II begins with the majestic façade, decorated with several statues of the Pharaoh. The entrance is a columned hall decorated with several statues, wall paintings and petroglyphs. Of the columned hall you can get into the side chambers which were once conducted ceremonies and rituals associated with victories and anniversaries of the Pharaoh. Behind the columned hall is the sanctuary of the temple – a spacious hall with a ritual statue of the Pharaoh. The constant darkness in the temple twice a year dissipated. Clever device structure and its location relative to sunlight give all visitors of the complex a miracle in the birthday and coronation day of the Pharaoh (22 February and 22 October). These days a ray of sunshine, overcoming all the passages and halls of the temple for a few minutes, lights the ceremonial face of the statue of Ramses II. In these few minutes, one gets the feeling that the Lord of Egypt smiles. 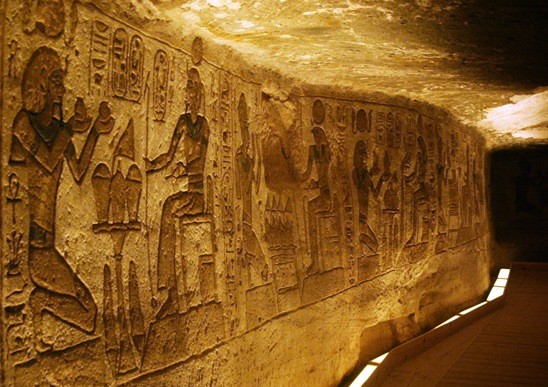 Small temple of Nefertari is smaller, sleeker and easier large. The entrance is decorated with statues of the Queen and her husband and their children. The walls are decorated with paintings depicting the exploits of the Pharaoh warrior and Pharaoh-God. 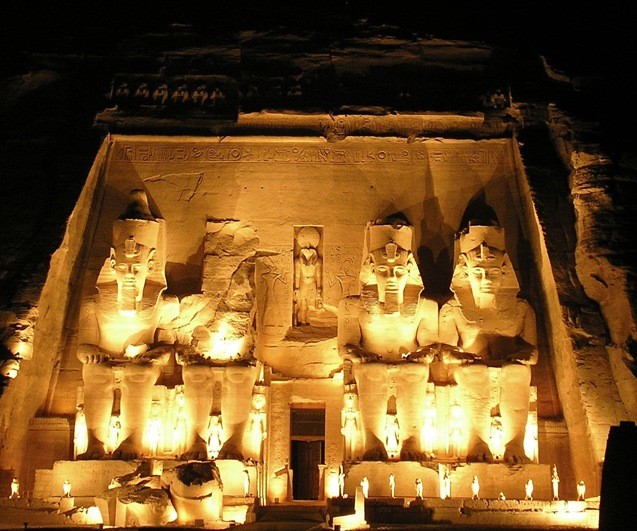 Usually tourists come to Abu Simbel for several hours. The greatest influx in the days of “light”. Every day in front of temples is a light show that makes a lasting impression. 60 Egyptian pounds is the entrance fee.

I must say that, in addition to the two magnificent temples in these places to see absolutely nothing. Therefore, the hotels are virtually absent. But the visit to the temples of Ramses II and Nefertari will leave a great impression.