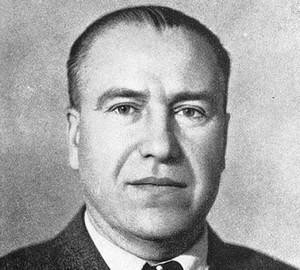 Alexander Aleksandrovich Deineka was born in Kursk in a simple family of the railway in 1899. Boy, able and lively, enjoys drawing and technique. Goes to study at the local railway school and art school, then in 1915 he went to study at the Kharkiv art College.

As if in further fate of Deineka unknown, but in Russia it has happened the events of 1917 and Alexander, with all the fervor and vehemence of youth takes a revolution, becomes an active participant in building a new life in the Kursk. He works in the criminal investigation photographer, conducts art courses, is engaged in registration of agitation trains, drawing posters, illustrate the poems of Mayakovsky.

Two years, 1919 and 1920, he served in the red Army and even participated in the defense of the city against whites.

Since the beginning of 1920-ies Deineka continued his studies in Moscow in the printing Department of the Higher art and technical studios (VHUTEMAS). Alexander in that period prefers drawings, which, in his opinion, more useful in the campaign.

The period from 1923, when he began working in magazines such as “Atheist at the machine”, “Spotlight” and the other can be called the formation of Deineka as an artist with a recognizable in magazine graphics style.

In 1924, participating in the First discussion exhibition, he presents his first painting “Football”, characterized by brevity and original perspectives of the characters.

1925-1928 years Deineka member of the society of easel. In this period there appeared a number of works devoted to the working man: the builders, the miners, the foremost proletarian labor, soldiers (“On the construction of new plants”, “worker and peasant”, “Textile workers”, “defense of Petrograd” and others).

1930-ies are milestones in the work of Deineka. His characters become less severe, but more cheerful, athletic, and lyrical. He pays more attention to the painting, departing from propaganda and posters.

His painting “the Mother”, written in 1932, is simple to implement, but a very strong energy emanating from her mother as tenderness and protection. During these years, there are landscapes with horses, bathing girls, with radiant health athletes.

1934 – a trip to the Crimea, which inspired the artist to such an unusual job as a “Parachuter above the sea” and others devoted to aviation subjects.

In 1935, he was sent to a creative business trip to Europe and America. Of the impression produced abroad, embodied in the works “Street in Rome”, “Parisienne”, “the Dancers in Harlem”, a variety of sketches and drawings.

By the end of 1930-ies, Alexander creates the famous painting of the “Left March”, and also tried his hand in the creation of decorative mosaics and wall paintings.

War 1941 interrupts these ambitious plans – all to win. Deineka leave in Moscow, he works in the “Windows TASS”, making political posters, drawing, remarkable for their Patriotic attitude of the work “Outskirts of Moscow. November 1941”, and a vivid, tragic, courageous – “defense of Sevastopol”.

In the postwar years Deineka continues to create mosaic panels that adorn Moscow state University, the Palace of congresses in the Kremlin, the metro, creating such masterpieces as “the relay on the ring “B”, “Sevastopol”, “Girl tying a ribbon on the head.”

The merit of the artist is evaluated by the state, since 1963 Deineka was awarded many honorary awards. He received the title of people’s artist of the USSR, is a laureate of the Lenin prize and Hero of socialist labor, two orders of Lenin and red banner of Labor.

Deineka prior to 1968, conducts active public work, he teaches at the Moscow institutes is the academic Secretary of the USSR Academy of arts. Died Alexander June 12, 1969.

Creative way Deineka, you need to consider not superficial, but delving into every poster, every agitation in each landscape and portrait, otherwise it may seem that this is the standard of “socialist realism”. But a special “dankowski” style impresses with its uniqueness, recognisability, brevity, expressiveness. His young, perky, athletic young men and women are infected with optimism. His mosaic of striking depth, if you go to the Mayakovskaya metro and look at the ceiling.

Deineka considered to be a globally recognized artist and the work of the author it is still popular.