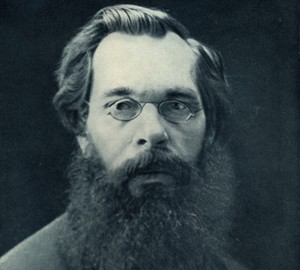 In the history of Russian art is difficult to find a more tragic figure than Alexei Kondratyevich Savrasov. A deep and talented landscape painter, wrote several hundred paintings that make up the glory of Russian painting, to the public known as the wizard who created one painting “the Rooks have arrived”. His whole life is a fusion of tragedies in his personal life and brilliant victories in the art.

May 12, 1830, in the house of the Zamoskvoretsky dealer Savrasov was born a boy, who was christened in honor of St. Alexis, the Wonderworker of Moscow, Alexei. From early childhood the son of a merchant Savrasov, he loved to draw. When the boy was 12 years old, his paintings quickly sold out in the market places of Moscow. The father initially took the classes son, as a manifestation of commercial talent and was very pleased. However, when the son announced his intention to enroll at the art school, the family was strongly opposed. It came to the point that Alex was “deprived of the table” and “kicked in the attic”. Studies had to be interrupted under the pretext of “mother’s illness”. Only the personal intervention of the Moscow police, teachers of the Moscow school of painting and sculpture, allowed the boy to continue learning.

Already in 1848 Savrasov was acknowledged as the author of the best student designs. In 1849 Savrasov be sent to Ukraine to paint landscapes. Brought from this trip have caused a favourable opinion of the critics. In 1850, a Commission of schools, considered at the meeting of the student’s work Savrasov “view of the Moscow Kremlin in the moon light” and “Stone in the forest near the Spill”, adopted the decision on granting the student the title of the artist and the end of his training.

Work Savrasov in the Royal family

The young artist became interested in the Royal family. Grand Duchess Maria acquires his painting “the Steppe Chumakov night” and offer Savrasovu to go to work in her country residence. The result of this trip have become two extraordinarily successful work: “Sea coast in the vicinity of Oranienbaum” and “View near Oranienbaum”. These two paintings have become a exam of the artist the title of academician of the Russian Academy of arts. Savrasovu turned 24.

In 1857 Savrasov acquires a family. For the next twenty years is the flowering of the artist, simultaneously, begins a series of family tragedies.

Work Savrasov buys for his gallery Tretyakov, they are included in the exposition of the Russian pavilion at the world exhibitions. It’s a confession. Savrasov became one of the founders and active members “of the Association of traveling exhibitions.” At the same time, the artist is experiencing the death of two of his daughters. Family trouble starts, who in 1876 led to the disintegration of the family.

The sunset of the artist’s life

Since the late 70-ies Savrasov out in their feelings, soon he can no longer do without alcohol. The tragedy of the artist could not fail to affect his work and life. After the death of his friend Vasily Perov, Savrasov izbavlenie than once from the wrath of the authorities (the artist was a teacher of the art school), the artist no longer has a place, state apartments.

He died in 1897 at the hospital for the poor and buried at the Vagankovskoye cemetery in Moscow.