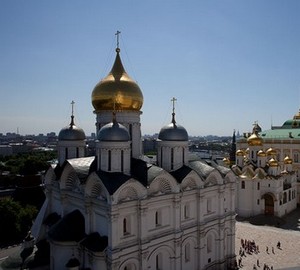 Among the art monuments of the Cathedral square of Kremlin the Archangel Cathedral is more than all connected with the history. This is due to its content: the ancient monument represents the temple-tomb, in which lie the remains of many historic figures of Russia from the XIV to the XVIII century. Many memorable and important events reminiscent of such names as Ivan Kalita, Dmitry Donskoy, Vladimir the Brave, Vasily the Dark, Ivan III, Ivan the terrible, Vasily Shuysky, Mikhail Skopin-Shuisky, the father of Peter I-Alexei Quietest. Familiar, though distant in time, the characters in our history, all of them are buried in the Archangel Cathedral of the Moscow Kremlin. 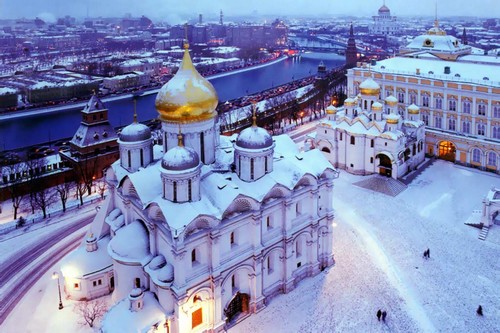 Structure, and then the scenic design of the Cathedral, which was simultaneously the tomb of the rulers of Moscow, put forward before the masters special requirements. Recent archaeological excavations conducted in the monument showed that in ancient times this building was one of the most significant. It appeared a long time ago, no later than the end of the XIII century, over time, vetsa, rebuilt anew. Then it was considered a very important structure. It is known, for example, that white-stone Archangel Church, built by Ivan Kalita and later his tomb was the largest building of Moscow the XIV century.

Extant Archangel Cathedral was built in 1508 by the project invited Italian architect Aleviz, received in Moscow a New nickname. An ancient document tells about it a glowing review: “Aleviz-master, Velma good master, not like other masters, Velma great master”. The architect came from the distant Venice in the beginning of the XVI century and immediately received an order of Ivan III in the place of the ancient dilapidated Church of the Archangel Michael to build a new “great” Church-tomb, an image which would be worthy of being re-built, then the capital of Russia. 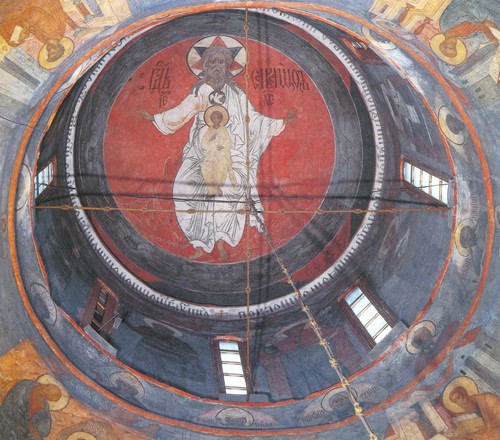 About the Archangel Cathedral one can say what contemporaries said about his Builder: he is “not like other” buildings, which together with him made up a unique ensemble of the Cathedral square. Created in imitation of the biggest monumental structure of the Kremlin — the assumption Cathedral, it still significantly differs from it. Its appearance is reminiscent of a secular building in which rich used elements of the antique architectural heritage. Many of the techniques applied in the exterior of the Cathedral the master Aleviz, a representative of the Italian Renaissance, widely entered the Russian building practice. Through such monuments as Archangel Cathedral, Russia got acquainted with the achievements of Western culture. 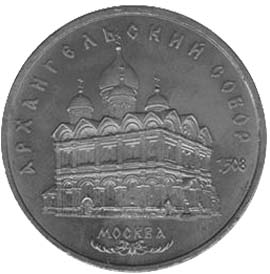 For several centuries the Archangel Cathedral was noticed by his appearance. This often gave a pretext to claim that it is “sleeker” other Kremlin churches and architecture to your “preimushestvo” in front of them. Especially amazed a kind of crown, crowning the main building mass, which is composed of the huge ribbed white shells “great art”. In General, the great architectural mass of the building, with its slender five domes, a large area of the interior, its high arches — all designed to Express the dignity, power and glory of Russia at the beginning of the XVI century.