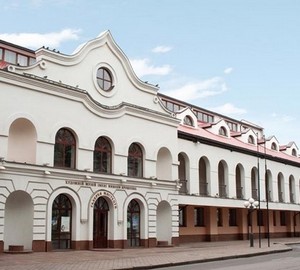 Poltava art Museum has a long history. Back in 1917 a native of the city of Poltava, was an itinerant painter N. A. Yaroshenko, gave the city his collection of works of art. Administration made the decision to open an art gallery. The choice fell on the part of the Department of Museum of local lore, where in 1919 expositions of paintings. Initially, there were only 23 working album of the author and hundreds of paintings, written with a brush cut. Then I added a collection of Ivan Shishkin, Vladimir Makovsky, V. Polenov, I. Repin, V. Maksimova and many other artists.

Soon in Poltava organized a Committee for the protection of monuments. With the help of the outreach Committee of the Committee nationalized artistic value of the estates of the kochubeys, Galagan, of Capristo, Repnin and other noble estates, greatly enriched the collections of the gallery. After the increase of the collections of the gallery, it begged the question about the status of the art Museum and moving it to a separate building. 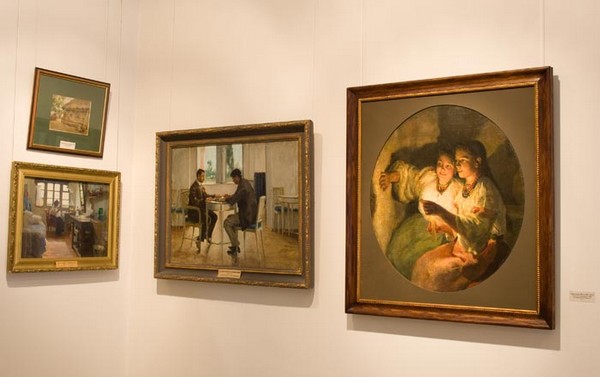 The Museum successfully moved to the manor, obtained the property, located on Spasskaya street of the city of Poltava. The building was built in 1912 for a landowner Bolyubash. On the construction of a beautiful building “conjured” by the famous architect P. Aleshin. In the history of the Museum there were many transformations and upheavals. In 1934, the Museum was liquidated and made it again the local history Department, then in ‘ 39 the Museum received the status of an art Museum with a prefix of regional importance. At that time the Museum funds totaled more than thirty thousand exhibits of the great masters of 17-18 century, the best works of Russian artists of 19-20 century. This tells the pre-war guide M. J. Rudenskogo.

Unfortunately, almost all exposure during the war was destroyed and looted. Remained intact only those exposure who were evacuated. So they have joined Museum collections and added new works of the postwar period. In 1951, the Museum continued its activities in the renovated building on Spasskaya street until 2000.

On the eve of the 1100 anniversary of Poltava citizens have a great opportunity to see modern art Gallery, built by architect Yu. p. Oliynyk. This building covers an area of over 2000 square meters, meets the spirit of modernity. Here a spacious hall, large rooms and suites, a beautiful press center to seventy seats, even have for lovers of exotic winter garden. Since the building of the art Museum that time very dilapidated and required major repairs, the decision of the Poltava city Council, the Museum moved to the street Frunze in the art Gallery. The exposition of the Museum placed on the ground floor in two main suits, and Museum Fund placed in a special stock storage. 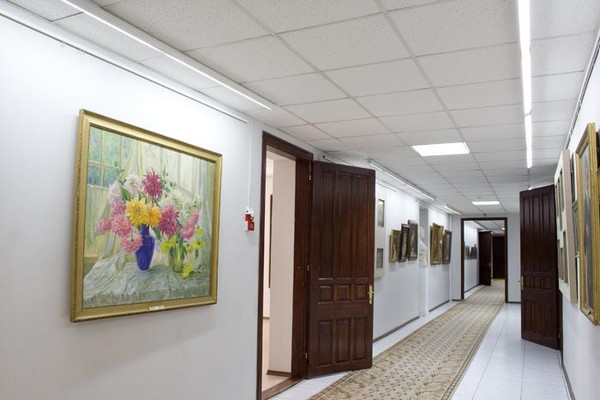 Now in the left half of the Suite of galleries of the exposition of West European art: paintings, sculpture, decorative plastic and porcelain. A wide assortment of Jan van Anthonissen Ravesteyn, Marcello Bacciarelli, Lucas Cranach the Younger, Francesco Guardi and many other masters.

The right Suite of rooms filled with works of Ukrainian artists are also present in the works of Russian masters. Harmony wall paintings with subjects of Church utensils and furniture from 17-18 century. The main highlight were two separate rooms with exhibits of the works of the founder of the Museum of N. A. Yaroshenko.