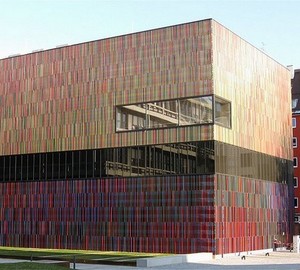 Art Museum Brandhorst in Munich is a very young Museum, which opened may 21, 2009. We can say that it is a Museum of new generation.

Everyone knows the company “Henkel”, but who was her owner, few people know. Husband and wife Anette and Udo Brandhorst was known not only as the owners of the firm, but also as the largest collectors of paintings. 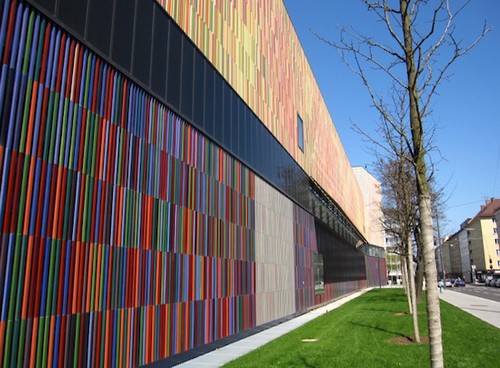 When Annette died (this happened in 1999), Udo Brandhorst gave as a gift to Munich its huge collection consisting of more than 700 paintings. But that’s not all, what did Bathurst for the future Museum. He opened a Bank account in the amount of 120 million Euro (just imagine for a moment what is money), and the interest from the money Museum is supposed to make purchases. The only thing that was demanded by the philanthropist, to build a new building to house exhibits. And there was the Deutsches Museum. 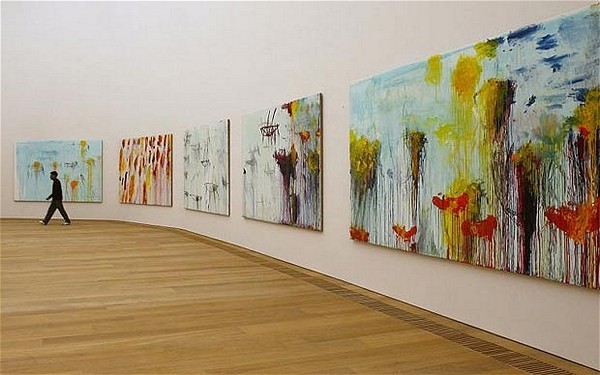 Still not clear on what funds were used to construct buildings for the Museum (the state or the Parole), but the building came out great, and organically fit into the surrounding buildings. The architects of the Museum Martin Sauerbruch and Louisa Hutton. The building was very bright, especially when seen from a distance, so you can see all colors (more than 23).

Museum Brandhorst has the largest collection in the world of the paintings of CY Twombly. The Museum has placed a total of 160 paintings from the 700. Why so little you ask? The answer to this question is very simple, the paintings are so large that occupied almost all the rooms. The same collection of Twombly took up the entire second floor, but the first is a collection of paintings from the series “Lepanto” and “Roses.” The Museum also has many paintings, both modern (Warhol, Richer, Boyce), and painters of the 20th century that are quite interesting.