In St. Petersburg opened Museum of autoexotics as a complement to earlier open museums of vintage cars in Vyborg and Zelenogorsk. The organizer of the Museum was the club “Retro Union”. Originally in the Museum premises housed about 30 cars, which are changed periodically within the framework of various exhibitions. But with the 90 years the Museum’s collection was significantly expanded. The place was not enough. Complex Lenexpo took on this issue, and now a Museum autoexotics is within this complex pavilion No. 3 on the area more than 2500 sq. m.

What can be seen in the Museum autoexotics ?

Mostly American cars 50-70 years. Here you can see the full collection of the Ford Mustang, as well as various so-called “muscle cars”. Along with cars of the last century in the Museum of autoexotics you can find modern cars, fine tuned and made with the latest technology. Despite the time difference, the cars are perfectly blended with each other and delight of visitors who come. 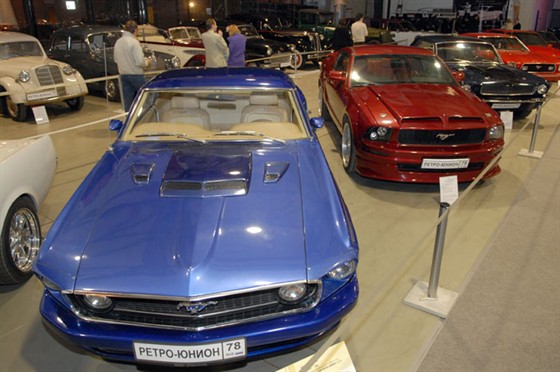 The Museum also presents and domestic cars, such as: “the Seagull”, “ZIL”, “GAZ”, “Volga”, and of course “Zaporozhets“, which seriously stands out from the other machines. The engine in his Yamaha R1, whose power of 300 “horses”. In addition the Museum autoexotics a vast collection of motorcycles, the king of which is the legendary Harley-Davidson.

After the opening of the Museum autoexotics in St. Petersburg, Lenexpo also opened a car club “the Stone lion”, where you can listen to beautiful jazz music, and clock.

The cost of a ticket to the Museum autoexotics only 200p., children till seven years an input free.