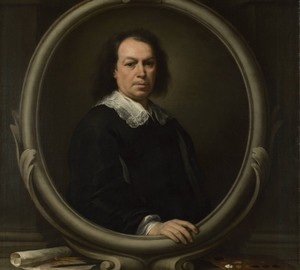 This artist his entire life was somehow connected with the Catholic Church. Most of his works, and he left more than 450 paintings and paintings on religious themes. He was born in the monastery building and died trying to finish the altar cloth for the Capuchin monastery in Cadiz. This is not surprising, given that he was born and lived all his life in Spain, the right Bastion of the fanatical Catholicism. However, in the paintings of this master of biblical and Church characters appear as real people of flesh and blood, so bright and alive the images of them.

Bartolome Esteban Murillo was born in 1617, and very soon became an orphan, brought up in a family of aunts on his mother. He early showed artistic ability and he began to learn the skill of Juan de Castillo, as a consequence, adopting his particular style of painting. But familiarity with other well-known artists of the time, in particular, with the great Diego Velasquez, and opened to him the art world with its rich color palette and freehand painting. From the constrained manners of Murillo has not disappeared. Paintings of his early creative period delight the eye with rich colors and luxurious color combinations. Having returned from Madrid to his native Seville, the artist received a large order to create a series of paintings for the monastery of the Franciscan order. This time can be considered the starting point of the era of its prosperity as an artist.

In private life of the master too well. He married and became the father of five children. A happy marriage and a successful personal life contributed to the permanent progress of the work, over the years, he creates the vast majority of his paintings, which later became famous. But the death of his wife in 1664 amends in his life and the rhythm of his work immediately slows down.

However, the production of a new large Church of the order revives him to life as a person and as an artist. Next year he is not only working on new paintings, and even lived in the monastery. He worked and lived in him, imbued with the spirit of monasticism and at the same time making a vast altar wall.

Interesting fact from the biography of the artist — he was accepted into the Brotherhood of the Holy Charity, an organization that contained the Hospital of Mercy is the abode for the aged and the lonely. And it was headed by the Brotherhood at that time the man considered to be the prototype of poetic don Juan Miguel de Manyara, friend of the master.

For the work performed, the Brotherhood gave the artist a large sum, but here he did not change his position in life. My whole life is not the poor artist did not aspire to luxury, and lived modestly and moderately. He even released his slave.

Even the death of the master unwittingly tied to religion. When he was already 65 years old, and that old age in those days, he agreed to work in Cadiz, although many years did not leave Seville. During the creative process, he fell from the scaffolding and crashed.

The artist died at home in Seville in 1682, and never recovered after a fatal fall. After his departure left a huge artistic heritage — many paintings on religious themes, the cycle of genre paintings, landscapes, and founded the Seville school of painting, for many years impacting the work of numerous painters of Spain and other countries.