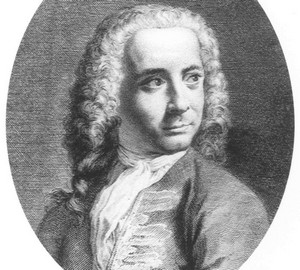 Antonio canal was born in 1697 28 Oct in the artist’s family, and its scenic path was already predetermined. Nicknamed Canaletto (i.e. diminutive of canal) the future artist received in childhood. Up to 1720 on the life of Canaletto is not known. That year he appeared in the list of the city Guild of painters and sculptors. His talent has not caused any doubts, despite the fact that he was very young.

Among Canaletto and many other Italian artists over time, a struggle on the basis of the sale of paintings. Even a friend of Canaletto Owen Macswiney quarreled about it. It Maxwin advised to write Canaletto Veduta (views) of Venice. Veduta enjoyed good demand among the aristocrats. The Canaletto was even regular customers. And Joseph Smith was also a friend of Canaletto, who has rendered invaluable service to the painter. He asked Canaletto to make 12 small copies of the Grand canal, and sent to England. After this incident, orders for paintings of Antonio Canaletto has increased significantly.

This demand pattern has created many forgeries of paintings by Canaletto. Besides the war began, and the population of Venice is many times decreased. Yes, and the painting had lost some freshness, apparently, he’s just tired (about 1730-ies). But a friend of Canaletto, Smith makes it work.

In 1746 Antonio canal went to London, where he was well known and loved. Immediately followed by the order in London, which was timed to the opening of Westminster bridge. Then followed orders and other paintings.

The painting in London was good, but still inferior to the Italian Veduta. In London, Canaletto spent about 9 years. After returning home, the artist experienced financial problems, and lost their confidence.

In 1763 was established, the Venice Academy, in which a member was elected Canaletto. When you join the Academy you had to draw a picture that Antonio drew only two years later. It was “a Capriccio with a colonnade”.

Canaletto died in 1768. They buried him with honors.