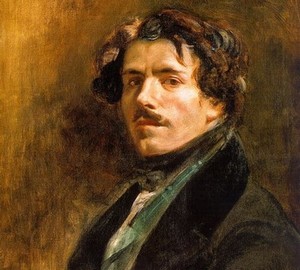 Eugene Delacroix was born near Paris in 1798 26 APR. Still not known who was the father of eugène Delacroix. Whether Charles Delacroix, known to the officer, whether the child was illegitimate and the father was considered the Charles Talleyrand – Minister of foreign Affairs in France.

Eugene grew very headstrong boy. His childhood friend was Alexandre Dumas, who wrote about Delacroix that for three years he was hanged, poisoned and burned. All this happened with Eugene Delacroix by chance, but not without his help.

Already while studying at school, and showing his artistic talent, Delacroix became calmer. He even received certificates for their work and for knowledge of classical literature. A tendency to draw Eugene Delacroix borrowed from his mother, whose name was Victoria. But it was his passion for painting Delacroix was born in the heart of Normandy. His uncle was an artist, and often went there to paint landscapes.

Parents of the future artist died early, and Eugene the first time he lived with his sister until she was in a difficult financial position. Here in front of Delacroix was the problem, how to live? His choice was painting. He entered the Studio of Pierre guérin Narcissa.

In 1816 Delacroix entered the school of fine arts, where he taught geren. There, he received a lot of knowledge, but the real lessons for him was a visit to the Louvre, where he met théodore géricault and Richard Bonington – talented young artists.

Communication with young artists were Delacroix benefit. He has evolved, become more well read, and acquainted with the works of Shakespeare, the paintings of Rubens and Titian.

In 1818 Delacroix posed Theodore géricault when he painted the painting “the raft of the Medusa”. It was an extraordinary painting, which marked the beginning of French romanticism, and this event witness was eugène Delacroix. 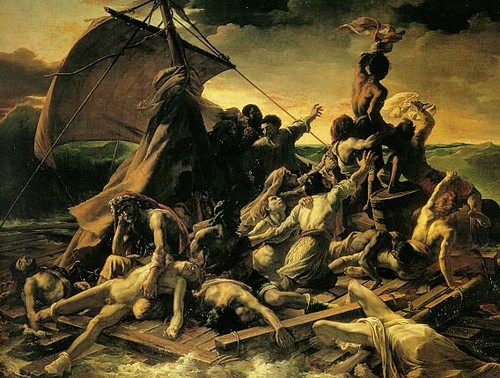 In 1832 Delacroix with the band went to Morocco on a diplomatic mission. This trip played a huge role in changing the drawing style of the artist. He saw Africa,which imagined very differently. Making there are a tremendous number of sketches which resulted in wonderful pictures on arrival in France.

By this time, Delacroix has already started receiving personal orders, including the painted ceilings in the Louvre. For 12 years he worked for the Church of Saint-Sulpice, painting murals.

By 1835, Eugene Delacroix became seriously ill. His illness was connected with his throat, which he could not cure, and which brought him to death. He died on 13 August 1863 in Paris.