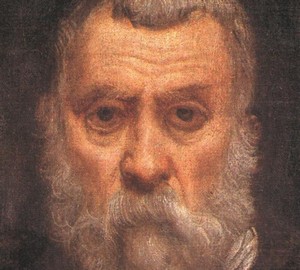 Biography of Jacopo Tintoretto is full of very contradictory facts, and even spaces. It is known that he was born in Venice and was named Jacopo Robusta, also the nickname of Tintoretto, which means “little Dyer”, he inherited from his father, a Dyer of silk. But the date of his birth remains a mystery: Church records say one thing, biographers – other, therefore, it is assumed that it happened joyful event in 1518.

The most complete source of information about the artist’s life remains the book by Carlo Ridolfi, who was himself most of the information received from the son of Tintoretto, Domenico. Moreover, it is possible that some points of the biography has been edited due to indifference Ridolfi to the work of the Venetian.

About childhood Jacopo, very little is known, biographer, limited notes on Tintoretto love for drawing and observing his father work. As a teenager he decided to study painting under Titian, but was ousted from the Studio after only 10 days. It argued that the reason was the artistic jealousy of the master, who saw the talent of the young artist, however, it is more likely that a so-called conflict of the characters. The names of future teachers in the book were not disclosed, although the training itself is likely to have taken place.

The period of adolescence and the formation of Tintoretto in the profession are virtually unexplored, only in documents of 1539 refer to it as the “master Jacopo, painter”. For a long time he did mostly painting of the facades, has not yet received an order from the brotherhood of St. Mark. As a result, he wrote his first masterpiece “the Miracle of St. Mark”, and disagreement with the customer, struck by the unusual composition and dynamics of the painting, attracted the attention of new customers. Fame and popularity has not kept itself waiting, and the brotherhood changed his mind, taking the work of Jacopo.

In the same 50-ies of the XVI century Tintoretto marries Faustina de vescovi, who gave him eight children. Ridolfi describes the artist’s wife special pragmatic and even somewhat hard, but apparently he was able to become a good life partner and good mother.

Since 1564 the collaboration Jacopo Robusta with the brotherhood of St. Roch, thus begins a very interesting. The brotherhood needed a master for painting the ceiling in the Scuola di San Rocco, and the competition was to bring the sketches future work. Without the sketch only came by Tintoretto and just pointed to the finished and mounted on the ceiling painting “St. Roch in glory”. True or not, remains on the conscience of the biographer, in any case, paintings of Italian artists have been forgotten, and the order was given to Jacopo.

But he was guided by the thirst of profit and creativity. Even happened that he reduced the price or prefer to pay with paint and canvas. In the list of his customers ran into even Philip II, king of Spain Rudolf II, Holy Roman Emperor. And after Titian died, he turned into a leading Venetian painter.

By Tintoretto death happened in 1594, may 31 to the last day he has not ceased to create. To give the last honors came his comrades, representatives of the urban nobility and simply close people.