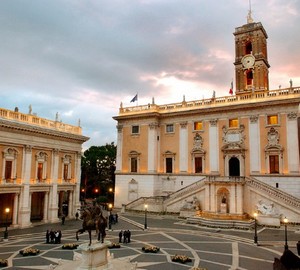 Roman culture became the prototype for almost all cultures of Europe, and it is not surprising that one of its cultural inventions, which first appeared in Rome, was the museums. The beginning of this first-ever Museum put a collection of ancient bronze, donated to the citizens of Rome, in 1471, the then head of the Church by Pope Sixtus IV. From 1734, a significantly expanded collection became available to the public. 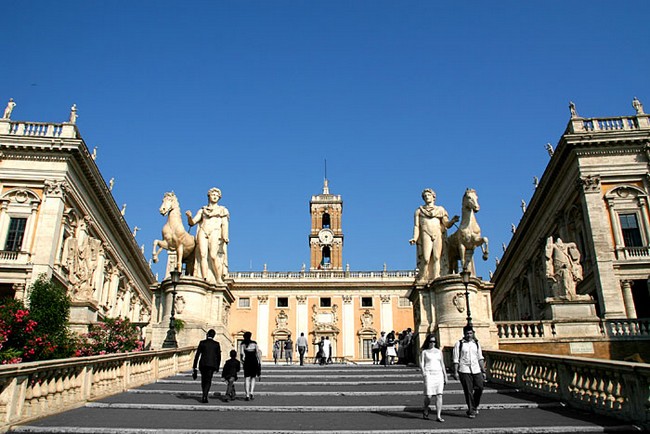 Today the Museum’s collection, is a single architectural ensemble of the place du Capitole and the three palaces designed by Michelangelo in the XVI century, is the most prominent landmark in Rome. Here, even the tiles, which is laid out square, designed by the great master. Part of the whole ensemble consists of Palazzo senatorio, which now houses the city hall of Rome and only the lower floor is reserved for the exhibition of the Capitoline museums and also the Palace of the Conservatives and the New Palace, which actually are the main expositions of the Museum. 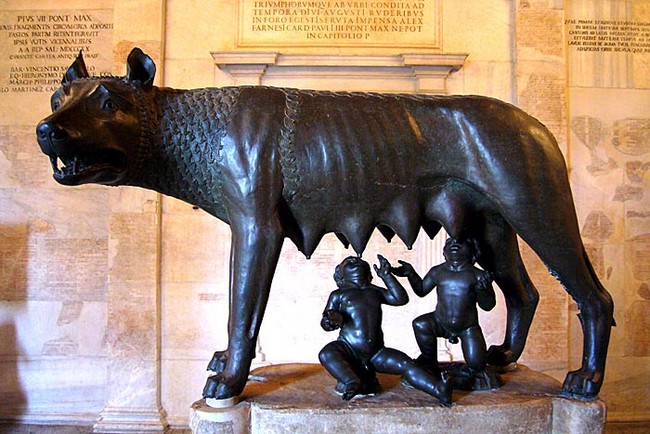 In the New Palace exhibits a magnificent collection of classical sculptures. Among them such works as “Venus of the Capitol,” “the discus thrower”, “the Dying Gaul”. Here displaced the original equestrian statue of Marcus Aurelius, made of bronze in the second century C. E. More recently, she was on Capitol square has become a hallmark of the Museum. Now there is its exact copy. Here is the famous gallery of the Emperors, a collection of busts of Roman rulers once adorned the alleys and palaces of Ancient Rome. 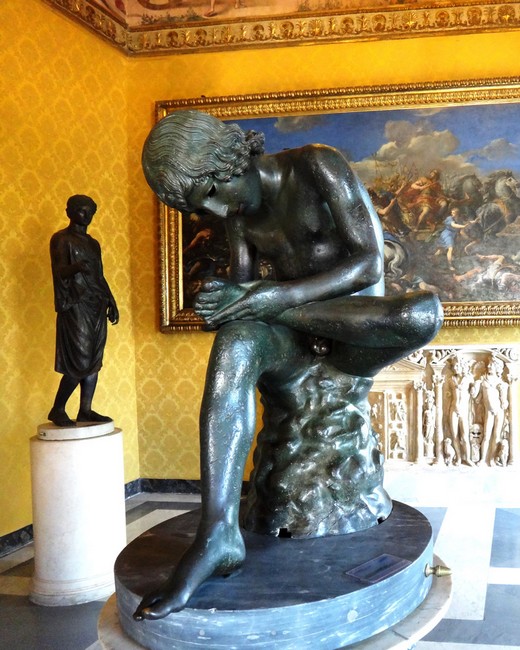 In the Palace of Conservatives on display already more than ancient artifacts. Here is the statue of the legendary Capitoline Wolf feeding Romulus and Remus, the mythical founders of Rome. This statue is today a world-renowned symbol of the Eternal city. Here are no less well-known sculpture “Boy with thorn” from the first century BC, and the bronze statue of Etruscan origin, founded in the VI century BC Exhibits all of these halls are known throughout the world and their photos replicated in hundreds of millions of copies.

The true treasure of the Museum is on the 2nd floor of the Palace – here is the picture gallery (the Pinacoteca), which showcases paintings and mosaics in the style of Baroque and Renaissance masters such as Rubens, Veronese, Tintoretto, Titian, Velasquez, Guercino, Caravaggio.

An absolutely amazing exhibition of coins and jewels presented on the 3rd floor, which bills itself as a separate numismatic Museum is a place of pilgrimage for collectors.