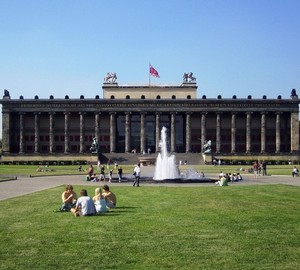 The Museum is located on Museum island in the German capital and today belongs to the state. Its official name “Egyptian Museum and papyrus collection”. The building was erected from 1841 to 1855 by architect Friedrich August Stuper. The beginning of the Museum was laid by the exhibits of the Egyptian Department of the collection of king Friedrich Wilhelm III of Prussia. Later the collection was supplemented by finds from archeological expeditions conducted in the years 1842-1845, which was headed by Karl Richard Lepsius.

The crowned heads of Prussia and later Kaiser of Germany sponsored and encouraged archaeological expedition. In the Berlin Egyptian Museum is the world’s largest collection of artefacts of Ancient Egypt: temples gate Halabi, busts of famous Pharaoh Akhenaten and his world famous wife Nefertiti, the ancient and well-preserved mummies, rare papyri, funerary masks, reliefs of the ancient tombs of the pharaohs, the book of the Dead, “Berlin green head”, manuscripts of the early Christians, the courtyard of the temple Sahure, the portrait of Queen teye. 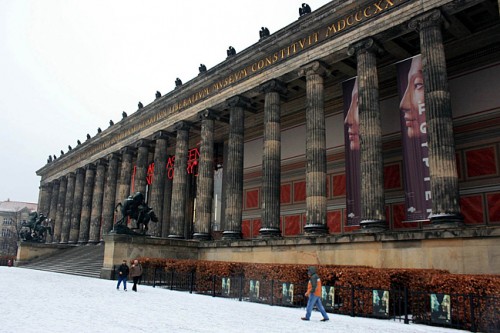 The Museum’s collection includes more than 2 thousand exhibits and even exceeds the strength of the Egyptian Museum in Cairo. The most ancient exhibits date back to the age of more than five thousand years. There’s a joke that German archaeologists just robbed the people of Egypt.

The reason for these smiles could be the story of the bust of Nefertiti. It was founded in 1360 BC and discovered by the archaeologist from the German Ludwig Borchardt in 1912 at the site of El-Amarna in the workshop of an unknown ancient sculptor. To mislead the Egyptian authorities (the bust was taken out of the country) bust’s dirty plaster and convinced the Egyptians that the sculpture has no real value. And in 1920 James Simon, paid for the expedition, presented a bust of the Egyptian Museum of Berlin.

At the end of the Second World war the collection was divided into parts and reunite it happened after the German reunification. Annually the Museum is visited by more than half a million tourists and lovers of Egyptian history.