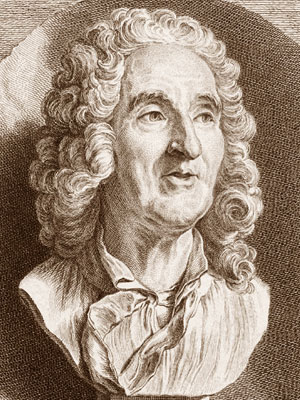 The French had a low opinion about Falcone: “Too ordinary, like this, which are many. His ideas are banal, and trivial.” Interest in the work of the master appeared after appeared his most famous sculpture “the bronze horseman” in St. Petersburg. Many of the countrymen of the artist came to the Russian capital to see the masterpiece created by mediocre, at best. In many ways, the French were right, but not in all. As you know, “Face-to-face person can not see. A large seen from a distance.” 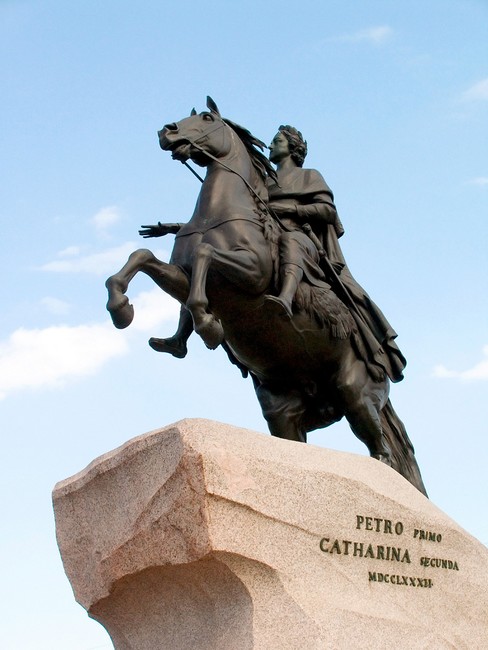 Falcone previously was in court sculptors. Performed orders of monarchs and their mistresses. High position required him to strictly observe all the conventions of fashion and fashionable at the court was seemingly complex and intricate style of the Rococo.

The work of the author “the bronze horseman” can be seen today in the Louvre, the Hermitage and several French museums. 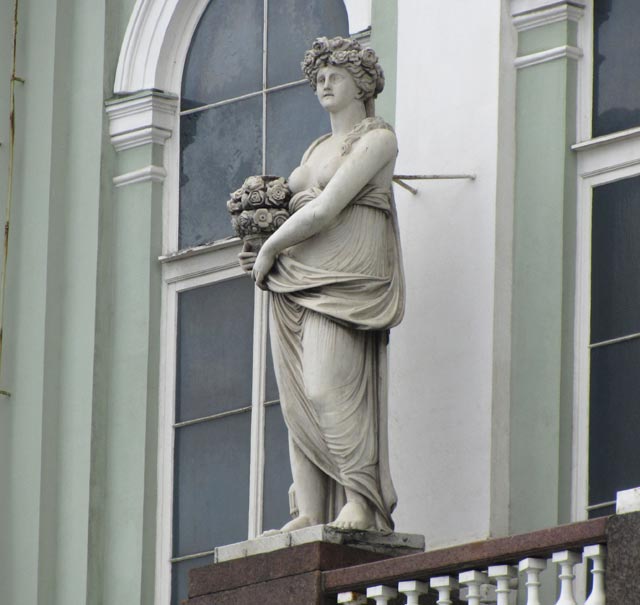 A graceful statuette of a goddess of spring, made in a special manner the “gallant style”. Cute face with soft, fuzzy features. Fragile, chaste posture – all of this work suggests that the main task of this work is to decorate the interior, create an atmosphere of light flirt, flirtation and playfulness. 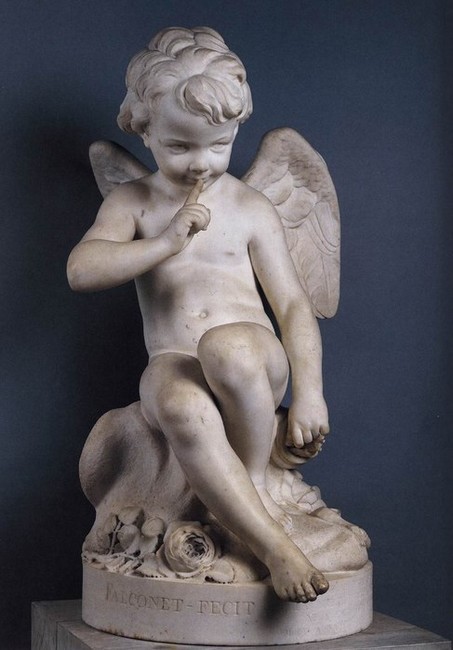 The favorite plot of masters of the Rococo – the image of the deity of love Cupid. Winged kid put a finger to her lips, inviting me to keep secret his leprosy. His face half-serious, face a faint smile. Another interior sculpture in a row of typical mid-18th century. However, realistic body lines, the plasticity and complex posture, point out the undoubted talent of the author, and that the artist closely within the intricate Rococo… 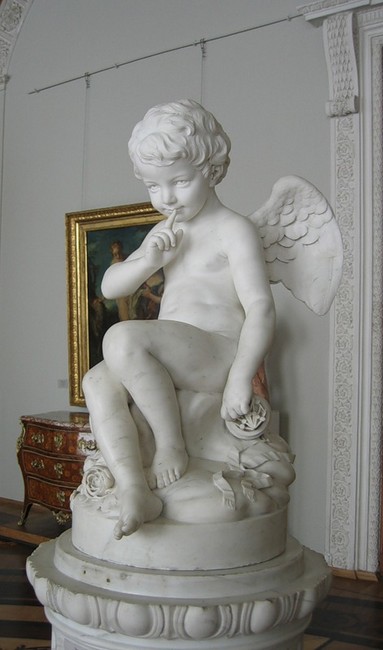 Is essentially a repetition of the previous sculpture. The author only slightly changed the pose, but the face of the hero made it more childish and silly-fun. 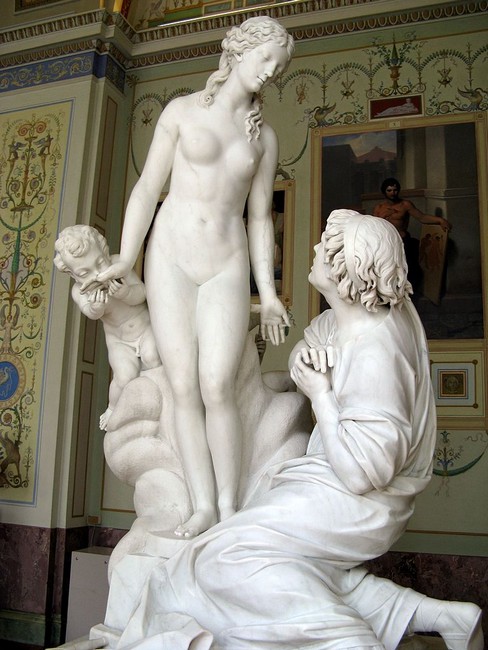 Pygmalion and Galatea (1763, the Louvre, Paris)

The famous mythological story, the wizard treats as a reward the artist for his persistence and talent. Before the audience the moment of miracle – a statue comes to life, Pygmalion froze in admiration. The figure of Eros, kissing the hand of Galatea, balances the composition, completing it by adding the whole group into the oval – favorite form of Rococo. 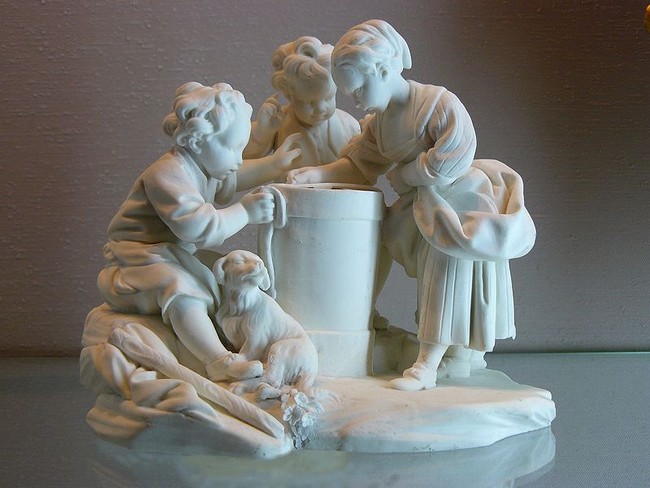 Extraordinarily elegant and touching figurine depicting two young people playing the popular game. Lots of small parts of the elaborate folds of clothing, playful facial in this work is the joy and interest.

It is known that Falcone in his creative life was not happy. Executing orders of their influential patrons, he lost creative freedom. Only once, during work on the monument to Peter the great, he managed to bring to life truly his plan. At home, the artist participated in the creation of sculptures of several churches. Unfortunately, most of his work was lost during the French revolution.