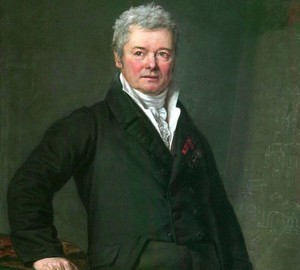 Fedor Yakovlevich Alekseev – the famous Russian landscape painter of the XVIII century. He became one of the first masters of perspective painting and made a great contribution to the development of the landscape in Russian art.

Fedor Yakovlevich was born in 1753 in a poor family of a watchman. At the age of 11 he entered the Imperial Academy of arts. Studied ornamental sculpture at the Louis Rolland, still life Henry Pandermite, landscape painting from Antonio Peresinotti. He graduated in 1773 with a diploma of the 1st degree and was awarded silver and gold medals.

After graduating the Academy Fedor Alekseev for successes in study has got the right to training abroad. He went to Venice, where he learned the skill of theatrical decorator. On the insistence of the Academy since its theatrical artists in Russia did not exist. Teachers young men were Gaspari and Moretti. However Alekseev was not the most diligent student, it’s persistent complaints to the Academy about thoughtless behaviour. However, the young man took up the mind, and he was not deprived of pension, and even extended the trip for a year.

Returning to St. Petersburg Alekseev entered the service in the workshop of the Imperial theatres. However, this was not the main aim of the artist. He wanted to paint landscapes that were done in his spare time. Alekseev went to the Hermitage and copied works by Canaletto, Vernet, Bellotto. The copy was so good that Catherine II gave orders to the young artist. Fedor Yakovlevich was finally able to leave work decorator and fully to devote his time to painting.

He draws views of St. Petersburg – Peter and Paul fortress and Palace embankment. The city in the works of Alekseev is presented photographically accurately written, solemn and majestic. In 1794 the artist behind these landscapes was awarded the title of academician.
In 1795 Alekseev, after the solemn journey of Catherine II in Tauris, receives a business trip to Crimea and Ukraine. He writes the types of Kherson, Nikolaev, Bakhchisarai.

In 1800, by order of Paul I, Alekseev with the two disciples going to Moscow. For eighteen years he painted few paintings and many watercolors. The artist has depicted the Moscow Kremlin, Red square, city temples and streets with amazing accuracy. His “Moscow series” was such a success that Alekseev began to make orders to know and the museums.

From 1803 Fedor Yakovlevich worked as a teacher of perspective painting at the Academy of fine arts. The artist continues to paint views of St. Petersburg. Now he pays more attention to the urban life of ordinary people portraying the people in the background of the solemn classical buildings of the capital. Coloring works became warmer, the graphics has gained density, shapes become more distinct. Alekseev depicted the types of the English embankment, the Admiralty, Kazansky Cathedral, Vasilievsky island.

Being an old man, the artist was often ill and suffered paralysis, but continued to paint. F. Y. Alexeyev died on 11 Nov 1824. His last work was allegedly a sketch of floods in St. Petersburg. The Academy has allocated funds for the funeral of the artist and his large family.

Alexeev has made a great contribution to the development of Russian landscape painting. The artist has left us views of Moscow, St. Petersburg and other Russian cities, passed with amazing accuracy and attention to detail. Looking at his paintings it is interesting to compare how the city looked then, and what happens to them now. Of Alexeev’s works kept in the Tretyakov gallery and the State Russian Museum.