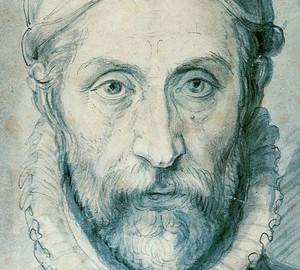 Arcimboldo, Giuseppe Italian painter and decorator of the XVI century. His work is usually attributed to the direction of mannerism, but many modern scholars see in the works of the master, the characteristic features of more modern art style, surrealism. This gives grounds to assert that the artist was ahead of its time and deserves to know about it not only experts but also the broader society.

He was born in Milan in 1526. His father was an artist, so it is not surprising that the boy from childhood and studied art and participated in the works. Together with his father, he painted churches and manifested great ability in creating the thumbnails for then fashionable decorative elements of the palaces and religious buildings – stained glass and tapestries.

Over time, the father’s assistant became an independent well-known master who had regular customers and wonderful works. Because of his talents he was invited to the court of Maximilian II, the former Emperor of the Holy Roman Empire. It was a high honor for the master. Later from Vienna, he moved to Prague, where he served as court painter at the Emperor’s successor, Rudolf II, known as the mad king-the alchemist and the German Hermes Trismegistus. At his court was famous people such as astronomers Tycho Brahe and Johannes Kepler, alchemists and astrologers, John Dee and Edward Kelly and other famous personalities.

It at the court of Rudolf, the artist painted the picture, which allowed to talk about it as a master with a unique, surreal vision. It is not surprising that the Emperor himself was in awe of the experiments and a unique vision Arcimboldo, noting his achievements nobility, and then the title of count Palatine.

This painting is called “Portrait of Rudolf II as Vertumnus way”, it was written around 1590 and depicts the Emperor in the form drevneitaliyskoe God of the seasons and the fruit – gifts of the earth Vertumnus. Because he was the God of fertility and natural transformation of one object (a seed) to another (the fetus), this image is extremely impressed with Rodolfo, life addicted to alchemy. His image is like a mosaic made up of separate components which represent vegetables, fruits, berries and flowers. Whether this painting was created in our days, it certainly would refer to the works of surrealist direction.

In the courts of the Habsburgs, he spent nearly a quarter century. In 1587 he returned to his native Milan, but continued to work in his favorite manner. The finished paintings were sent to the Emperor in Prague.

About the artist’s life are few reliable documentary information, especially on the last period. The master died at the age of 66 years, presumably from urolithiasis, as such information is preserved in the documents. But in this time of rampant plague so that the cause of death could be another disease.

As often happens, the legacy of the master was forgotten for centuries and only in the heyday of surrealism, interest in them has flared up with new force.