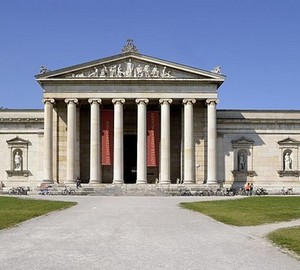 Exquisite Museum representing the ancient sculpture and the plastic arts, is at the Royal square of Munich. Built by the Bavarian king, he’s a very carefully selected collection. It contains only masterpieces.

It all starts with carefully restored after the war buildings in the style of classical Greek architecture. The collection of the Glyptothek, is divided into 13 halls (to be precise, then 12, because one of the rooms given over to the cafe). Each room has its own name, coinciding with the most valuable item.

Exposition of the Glyptothek in Munich

The Museum exposition represents the Greek Archaic and Classical, the art of Hellenism and Ancient Rome.

Sculptures of gods, heroes, kings, emperors, mythical creatures… Walking past the exhibits, everyone catches themselves thinking that a lot of the presents had already seen. In fact, images of many exhibits adorn the pages of books on the history of Antiquity, history of art, even school textbooks. In addition to exquisite sculptures, you can admire the ceramics, mosaics and reliefs, household items, jewelry. 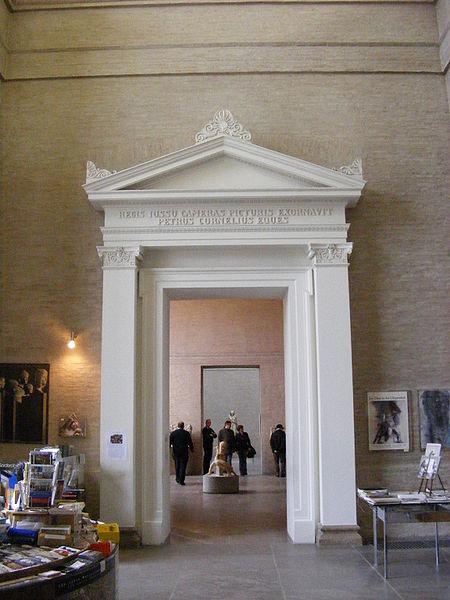 Special attention should be paid to the sculptures of the temple of Athena with island of Aegina, a well-preserved statue of Alexander the great, unusual sculpture of the Faun.

In the hall an ancient Roman sculptural portraits of the most eye-catching image of Nero and implacable Mary and sulla.

The Central courtyard of the Glyptothek, now empty, adorned only one column. Before the war, there was located another “Assyrian” room. A few American bombs destroyed the Assyrian collection forever.

In addition to the main exhibition, the Museum offers to explore the thematic and “guest” exhibitions, for which an additional fee is usually not charged.

Entrance fee is 6 Euro. Children and young people up to 18 years has the opportunity to admire the masterpieces for free. Visitors access to the Museum every day from ten to five hours. Weekend days – Monday and some holidays (Easter and Christmas the Museum is open).