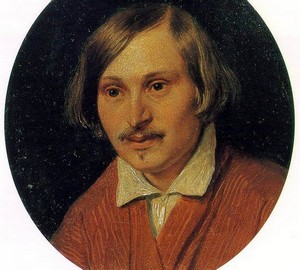 Painter Alexander Andreevich Ivanov – a representative of Russian classicism of the 19th century. This is probably one of the most thoughtful, non-servative, deep artists, his paintings are contemplative and warm.

Ivanov writes many portraits, including the “Portrait of Gogol”.

In Italy, in 1837, two talents met, two completely opposite characters, but maybe that was the beginning of many years of creative and human friendship.

It is not surprising that when considering the portrait, a special approach is felt and Alexander Ivanov’s trepidation to writing it, knowledge of the subtlety of the character of Gogol, facial expressions, and moods.

The writer is not depicted in ceremonial robes, but in a red bathrobe, under which the shirt’s gate is visible. Hair and mustache are also quite domestic – slightly knocked down, without the obligatory “recipitation” at that time. Nikolai Vasilievich looks calm, thoughtful, strict. But with the help of the brush of a brilliant artist, you begin to feel hidden facets of character: in the look – while the tamed energy, in the face – a certain tension.

The author was able to accurately convey the condition and psychological portrait of Gogol in this chamber work. According to contemporaries Ivanov, the similarity of the portrait with the original is simply amazing.

An interesting story happened in 1843, when it was from this portrait of Ivanov that lithography was printed in the magazine “Moskvityanin”, where the famous author of “Dead Souls” was presented.

Gogol believed that until the completion of work on the author’s novel, no one should know, especially without his knowledge. In a letter to his friend Stepan Petrovich Shevirev, he indignantly described himself in that portrait as “a slut in a bathrobe.”.

But, perhaps, here you can disagree with the writer. Ivanov’s talented work is distinguished by soulfulness, liveliness, romance and great expressiveness.