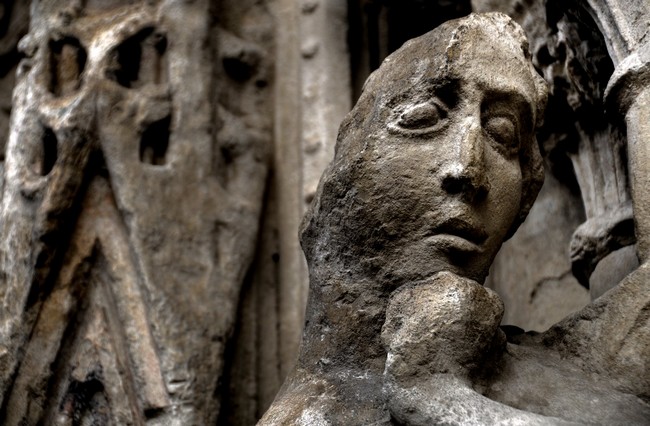 The sculpture of the late middle ages, associated aesthetically and in content with the Gothic style is completely subordinated to Christian ideology, is closely associated with the architecture and strict rules images of sacred figures.

In fact, at times, Gothic sculpture as an independent art was not considered. It was designed not only to decorate churches and monasteries, but also serve as load-bearing parts of a complex archaeological structures, and, of course, the object of reverence, along with icons.

Medieval works of art in General, and Gothic in particular is full of symbolic meanings, a kind of code that embodies the biblical sense, the value of the feats in the name of Faith Christian saints.

In the Gothic sculpture medieval restraint, immobility and detachment gives way to emotion, dynamism and individualization features. Of course, all these changes are planned and take a few centuries, until the medieval sculpture, the deliberate simplification will be replaced by humanism and authenticity of the Revival.

Gothic sculpture made changes in interpretation of the image of Jesus Christ. If in the early middle ages Christ was interpreted as the terrible judge and the Almighty, it is now increasingly, it appears as a wise pastor, a good mentor and teacher. Soften the facial features on the face you can see a half-smile.

All these changes do not affect the sculptures on the crucifix. At this time the authors are trying by all means to portray the suffering Savior on the cross the most reliably and vividly.

The sculptors of the Gothic era, there is interest in the inner world of his characters, artists of all European countries looking for opportunities for the transmission of character traits, inner world of man. The authors noticed individual facial features, achieve realism in the depiction of the folds of the clothing, posture and gestures. With certainty it can be argued that the Renaissance originated in the workshops of sculptors 12-14 centuries.

External sketchiness and the simplicity of Gothic sculpture is explained mainly by the fact that the master in his quest relied not on ancient traditions, and on aesthetic and technological traditions of the barbarian world, stretching back to pagan times. 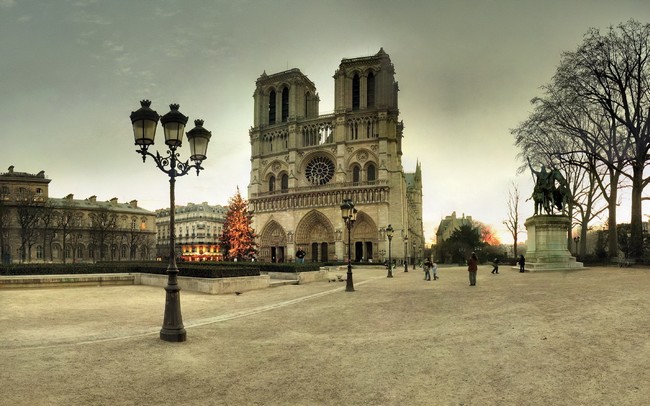 Among the masterpieces of Gothic art can be called the Notre Dame Cathedral in Paris.

Gallery of kings on one of the facade of the old Testament depicts the Jewish rulers, emphasizing the inseparable connection of the Testaments. Handsome face, good-natured and with a smile, looking at passers-by. Surprised by the variety of faces, the nature of each sculpture. 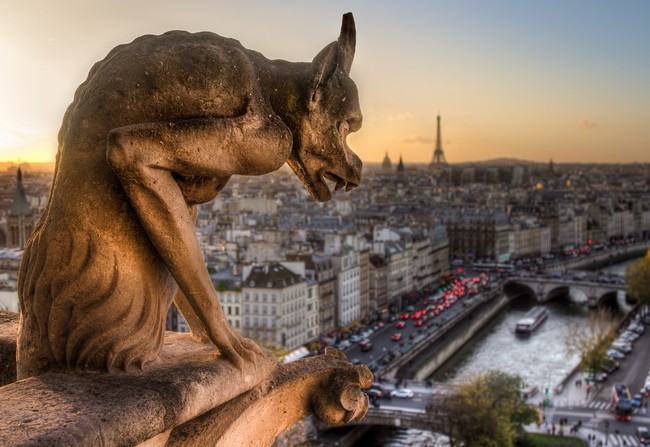 All the famous sculptures of gargoyles and monsters, adorning the crowns of the Cathedral. Few people know that this is only an imitation of the Gothic style and the sculptures appeared on the Cathedral much later. 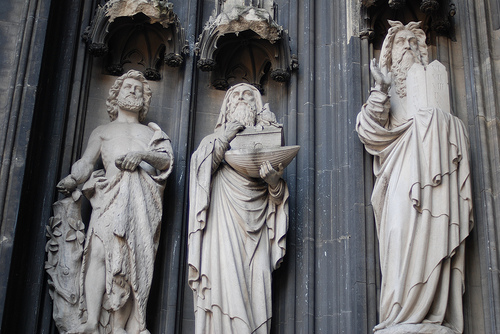 Interesting sculptures decorating the reliquary with the relics of the Magi altarpiece in Cologne Cathedral. Each image individually, each executed with extraordinary precision. 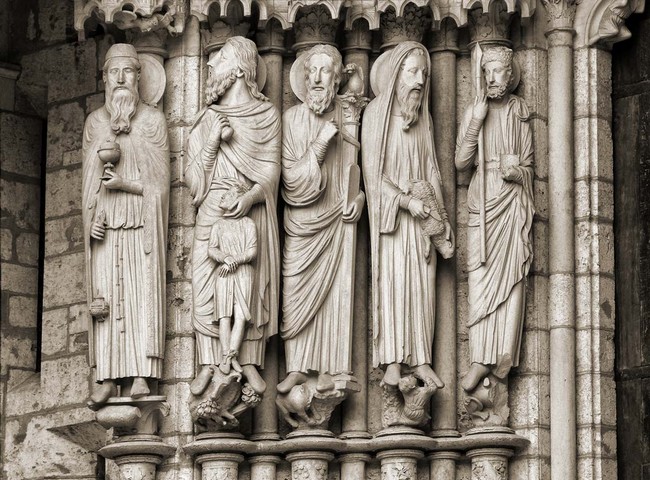 Portals of Chartres Cathedral allow you to get acquainted with Gothic sculpture most closely. Old Testament characters, paintings of the last judgment, the image of Christ and the virgin Mary – each work of sculptors worthy of special attention, each is unique in its execution and content. Separately to say about wooden sculptures, which are perfectly preserved in the Cathedral. Affects the skill of the authors, felt great all the possibilities of wood as material for sculpture. 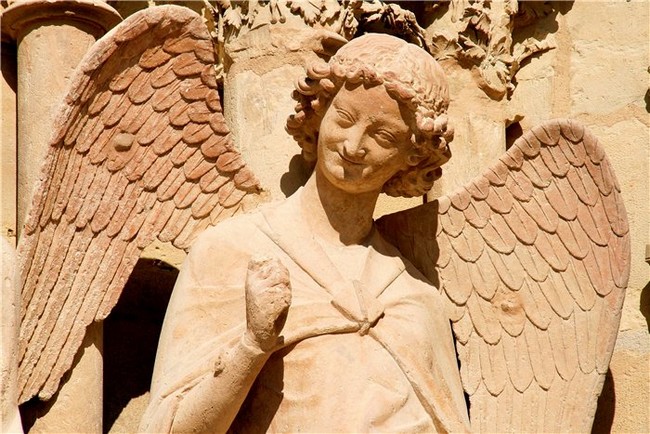 The “Kingdom of statues” called the Reims Cathedral. Here you can see thousands of reliefs and hundreds of statues. The wizard who created the Notre-Dame Cathedral, has put in his work so much internal content and dynamism that even pushed the architectural beauty by the wayside. The sculpture of the “Smiling angel” is simply mesmerizing. 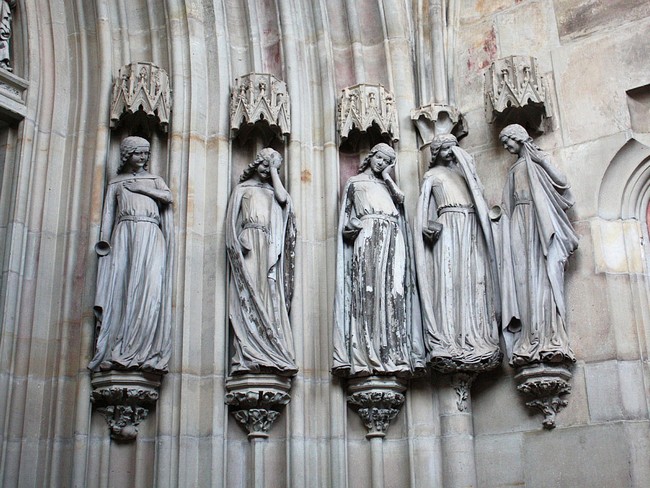 Sculptural group “the Foolish virgin” the Magdeburg Cathedral is made in a realistic manner, they are full of emotional drama and form a separate group, attracted the attention of visitors. 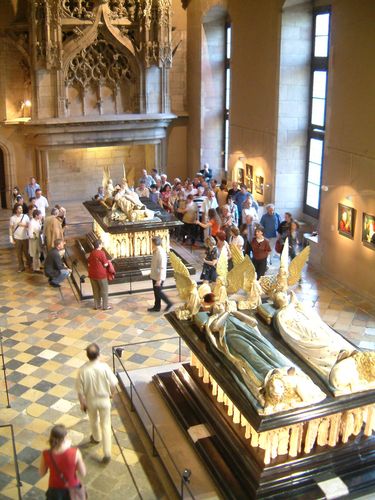 We can not say about the funerary sculptures of the Gothic era. Tomb of the Dukes in Dijon, complete sculptural images of various contents.

Expressiveness and artistic gracefulness of the Gothic sculpture and inspire contemporary sculptors. On one of the facades of Westminster Abbey is the gallery of martyrs of the 20th century, all the pieces will be made in accordance with the canons of Gothic sculpture.

thank you very much for the information!