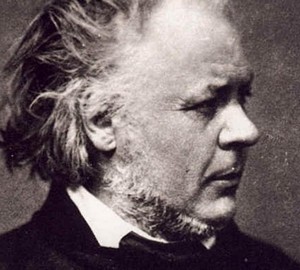 In the 19th century the son of a glazier could not count on a gorgeous career. However, three revolutions of the last century and these people were thrown on the top of the political and cultural life. Paris is a great city that loves lucky and persistent and pushes mediocre and arrogant.

Daumier was eight years old when his family moved from the South of France to the capital. The provincial boys have a huge number of attractions and interesting things in life. Disappearing all day in the yard, honoré learned to steal buns at the bakery, teasing prostitutes on a corner block, a clock to observe the life of the Parisian doorways… Very soon Daumier’s father realized that his son needed urgently to teach the craft, otherwise nothing good comes out of it will not work.

Surprisingly, honoré was a bad student. It absolutely was not interested in his father’s craft of a glazier he becomes did not want categorically. Casual acquaintance father Daumier (he put in new Windows of a single law firm) allowed to attach honoré messenger to a lawyer. Nimble teenager was fine, he even had time to visit the bookstore, where he eagerly examined the albums with reproductions of the great Italian artists.

Gradually the time for the performance of its Express duties was less. The lawyer did not tolerate “freaks” the young Daumier – kicked. But the future of the cartoonist not long experienced. The next day he got a job as a clerk in a bookstore. His favorite artists are closer…

Since childhood Daumier loved to draw caricatures of everyone. Sometimes he got from the older boys, but then he realized that he was mad his “models” because the image was too “realistic”…

Sociable, lively and a bit sassy nature honoré allowed him to quickly find friends among the most famous masters of Paris. He met Corot, Delacroix, Grandville. When the drawings of the young Daumier saw Balzac, the enthusiasm was not the end: “this kid is a Michelangelo!”

Painter Daumier did not become. Its elements – painting, engraving, lithography. What’s your favorite genre of caricature.
In 1832 for a caricature of the king, bright, accurate, acrid, Daumier gets 6 months in prison. Comes out happy and well-known… he is Now invited to collaborate all satirical magazines.

Nearly half a century Daumier drew caricatures. Parisians waited for his work, laughed, rejoiced, admired, but… no one knew Him. Well, who would read the signature of the artist for a caricature. Daumier knew the artists and had great respect for him. A great artist, he each work has turned into a true work of art. Having a keen eye, unique style, ability to understand people, civic tradition and bravery of the Gascon, honoré Daumier was creating cartoons raised the Parisians of the revolution in 1830, 1848, 1871-m, respectively.

Cartoons of the great master did not require any signatures. Everyone could see the characters of the artist prototypes. Thin beggar was an allegorical depiction of hunger, thick butchers – fed royalists.

A revolutionary time – a Golden time for cartoonists. But revolutions are, and satirists are out of work… So it was with Daumier. Failing to save for a comfortable life, Daumier to his old left completely alone. Everything added blindness… Life could have ended tragically. Helped friends. Camille Corot was removed for Daumier a house and hired a nurse… it was Surprising that even almost completely being blind, Daumier continued to draw. In other words, he could not.

One of the most famous works of Daumier – don Quixote. Spanish knight of the Sorrowful countenance, fighting with windmills, and who firmly believes in the truth… and will remain So honoré Daumier in the history of world art.