How did the Vatican museums 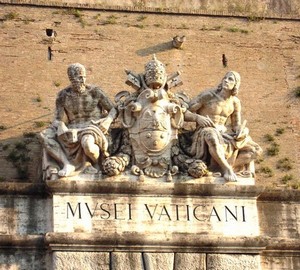 Let’s do the math. The area of Vatican is 0.44 square kilometers and a population of about 800 people (tourists here every day, sometimes hundreds of times more). In the museums of the Vatican tens of thousands of exhibits, many of them masterpieces of the world culture. It turns out that the number of works of art per unit area (or, if you wish, the number of inhabitants), the Vatican ranks first in the world. Of course, statistics are not very relevant when we are talking about the Beautiful, but still, it is impressive.

At the origins of what is today known as the Vatican museumswas Pope Julius II (1503-1513). Being a big lover of the arts and a famous patron, he, like his predecessors, was invited to Rome the famous artists of his time. Raphael completed the frescoes in the halls of the papal Palace, now known as Raphael’s rooms. Michelangelo first painted the Sistine chapel ceiling, which was decorated with the image of a starry sky, and two decades later, when another Pope, created the altar wall the composition “last judgment.” 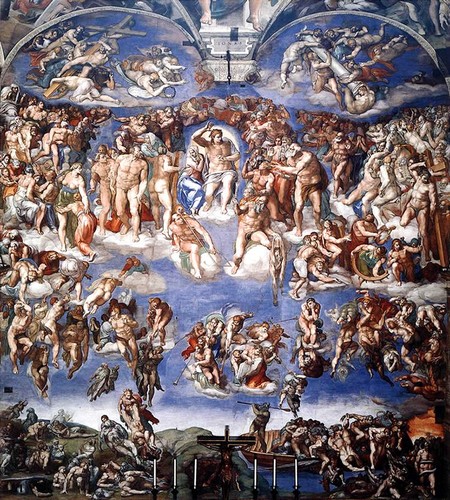 But the beginning of systematic collecting and the creation of the Vatican museums as we know them today put in the second half of the eighteenth century Pope Clement XIV and Pius VI. Then the reconstructed Belvedere Palace, which houses the Museum of ancient art, named after its founders “PIO-Clementino”. Pius VI was a collector and even paintings, and his collection, consisting of more than a hundred paintings later began the Vatican Pinacoteca. 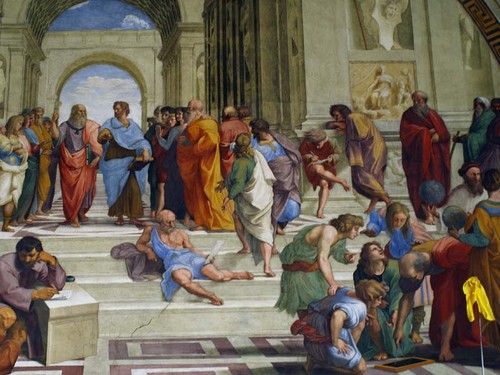 In 1797 at the Tolentine contract with the Napoleon portion in the Vatican works of art was ceded to France and was transferred to Paris (to replenish the collections of French museums at the expense of others was generally in the style of Napoleon. In this way, the Louvre has appeared the most famous exhibit, the Mona Lisa).

But after the fall of the Emperor the most part taken masterpieces returned to Italy. By the way, this could not happen if not for Antonio Canova, a leading sculptor of the time and the Keeper of the Vatican art collections. For assistance in the return of works of art he, the son of a stonemason, was granted the title of Marquis. At the request of Pope Pius VII Chiaramonti Canova was engaged in the organization in the Vatican, another of the Museum – Roman sculpture from the collection of the Pontiff: statues and busts, including copies of Greek originals. The exhibition was opened in 1822 in a specially constructed building and was renamed the Museum Chiaramonti.

In 1837 was established the Gregorian Etruscan Museum, named in honor of Pope Gregory XVI. In his exhibition presents unique objects found during the excavation of the necropolis in southern Etruria. And two years later appeared and the Gregorian Museum of Egyptian art. 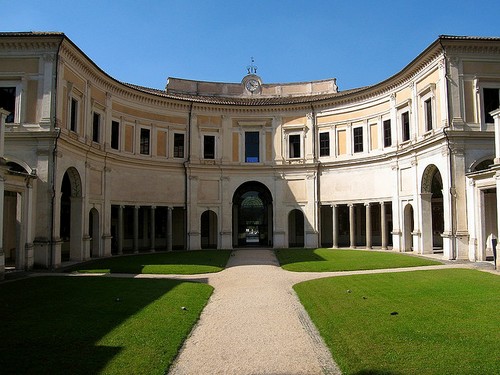 In 1908, solemnly opened the Vatican Pinacoteca, which later, in 1932, moved to a new building built for it by the architect Luca Beltrami. In this art collection presents paintings, mostly Italian artists, written on subjects from Sacred history. 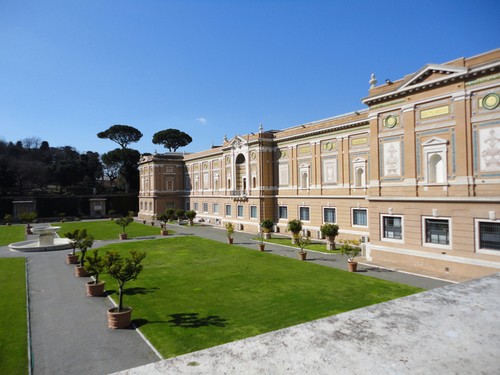 In the twentieth century, the Vatican has opened other museums, including contemporary religious art (doesn’t sound intriguing? And there, among other things, the collected works of van Gogh, Dali, Matisse, Rodin, Picasso…), historical Museum, where visitors can view a series of portraits of popes – let’s not forget, we are still in the center of the Catholic world. But this is not to say that the Vatican museums are a solid exposition on the theme of “Religion and art”. Here is a gallery of old maps, which is amazing in its detail, the exposition of carriages and vehicles, which moved the Pope.

It should be noted, the Vatican museums are keeping pace with the times and with the use of achievements of scientific-technical progress will give hundred points forward to many other modern museums. And some of these services deserve to talk about them separately. Here, for example, offers tours for the blind. First, they were given the opportunity to touch to get acquainted with sculptures. Now in the Pinakothek near some pictures there of the special relief panels. Touching them with your fingers, visually impaired visitors can get an idea about the works of the great masters. These tours include detailed audiocommentary and carefully chosen music.