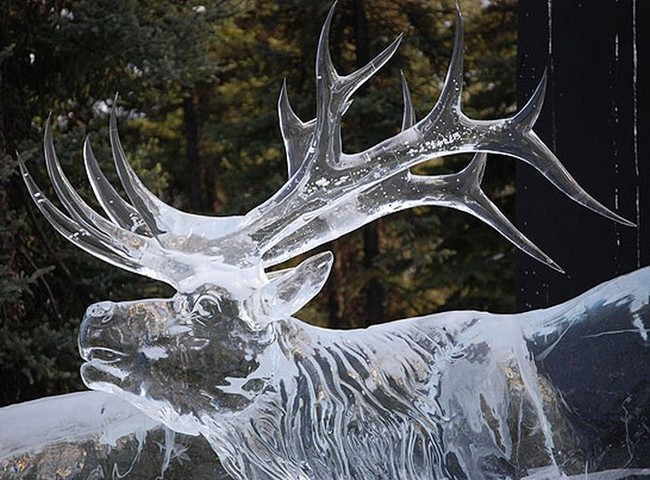 The ice material is short-lived, but rewarding. Despite its fragility, the ice allows you to apply for its processing tools used for carvings on wood.

One of the most famous in the history of ice sculptures – the Ice house built in St. Petersburg of the 18th century, during the reign of Empress Anna. The ice house was built for a clown wedding, which was held at the winter masquerade.

Today in the Northern hemisphere of the planet is a dozen festivals ice shapes, the most famous of which suit in Russia, China, Japan, Canada and the United States. 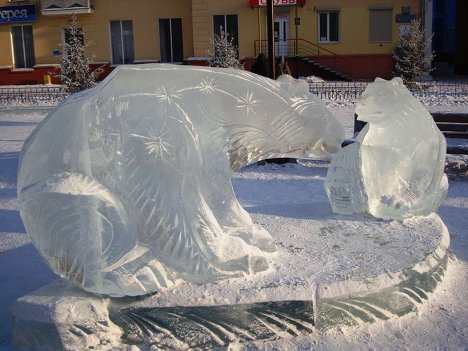 Sculpture of medium size, made of ice, can easily idle for several weeks in the open air (if the temperature is below 0 degrees), and large sculpture (over 100 kg) and all stand for two or three months, if it is constantly maintained. Despite this, professional sculptors rarely choose this unreliable material for his works. Ice sculptures – a lot of young artists, Amateurs, and masters of modern installations. 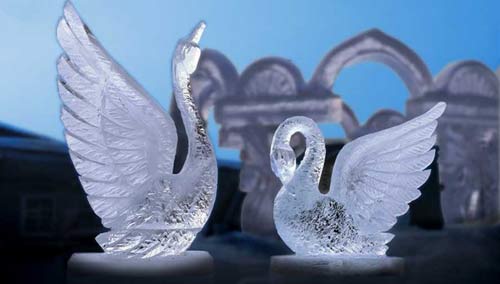 Winter – Christmas time. That is why in Russia the favorite subjects of ice sculptures associated with fairy tales, folklore, national mythology. Almost every major city in Russia on the eve of the New year can be found on the areas of the ice Heat-birds, Santa clauses and Huts on chicken legs. Meanwhile, on the famous festivals of Russia you can find very serious work.

Russia’s most famous ice sculpture festival takes place in St. Petersburg at the Peter and Paul fortress. Usually the festival opens in early January and continues until early March. A St. Petersburg sculptors take part in the festival and create the real masterpieces.

In Novosibirsk the international festival of ice figures has been held since 2000. In the competition participates a lot of teams not only from Russia but also from Finland, Japan, Kazakhstan, Kyrgyzstan, Moldova, Germany and other countries. The festival awarded a gold, silver and bronze prizes. During the existence of the festival came here their masterpieces. Among them the sculpture “Rus Bogatyrskaya”, “Sergius of Radonezh” and others. 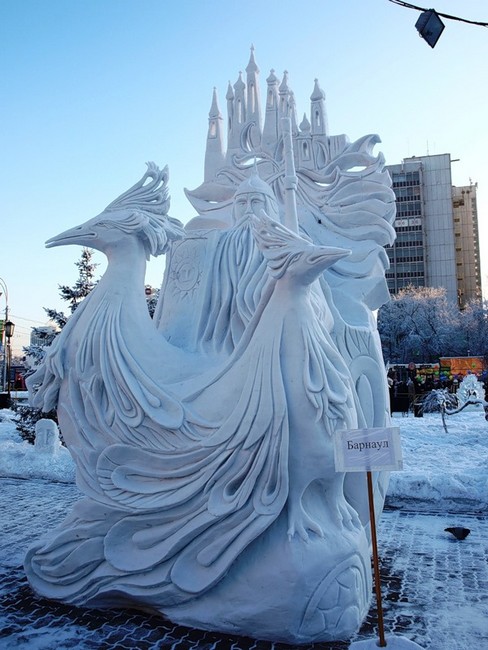 One of the world’s most famous festivals of ice sculptures is held in Harbin, China. Each sculpture here is a work of art. For the creation (or construction) of the sculptures used a specially prepared ice. Participants can take advantage of absolutely clear ice from demineralised water, you can use colored ice, frosted and other Sculpture festival Harbin impress with its size and elegance. Many sculptors create images of dragons and other mythological beasts, someone who embodies the new material is known for sculptural and architectural masterpieces.

At night all sculptures are illuminated. At this spectacle come to admire the hundreds of thousands of tourists from all over the world.

The oldest festival of ice pieces is held in Sapporo on Hokkaido island in Japan. The festival has the status of non-state festival and takes place in 1950, when passers-by noticed a few snow figures, modelled by students. Then the idea was born to create a special festival. Every year in Sapporo is created about a hundred different figures of snow and ice. Sculptures, creating teams from 25 countries. And to see their work come to about two million viewers from Japan and other countries. 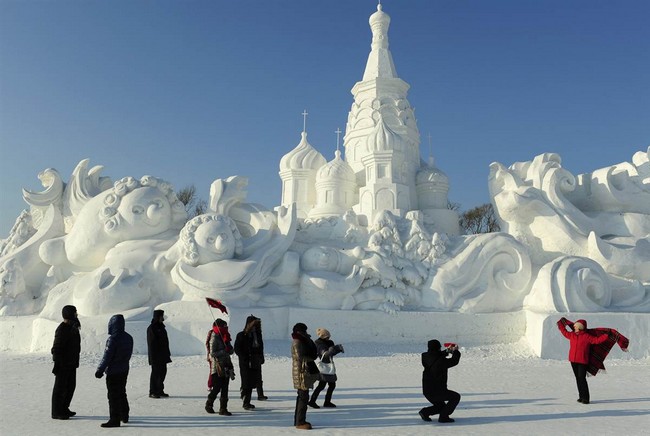 Festival “Winterlude” takes place in the cities of Ottawa and Gatineau, in Canada. A distinctive feature of this festival is a great show, accompanying an exhibition of ice figures. Among the activities of mass skating, ice shows, concerts, dance parties, laser performances, etc. In the competition of sculptures is attended primarily by representatives of the various canadian provinces. In recent years, the festival takes place every year, as the weather in southern Canada is increasingly sums of the organizers.

Celebration “First night” in the United States is a regular meeting of the New year. At this time in cities is the set of all possible events. In Boston one of the components of the festival is the exhibition of ice sculptures. Interestingly, the celebration of “First night” – soft. Unlike Christmas, New year in the US absolutely “sober.”

Many companies offer ice sculptures to order. They are often used to decorate presentations and celebrations. The cost of such sculptures can reach up to 12 000 euros.