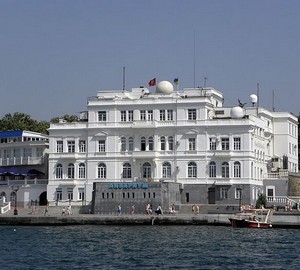 Sevastopol Museum is located in the beautiful white building, near the monument to sunken ships. The building was built at the expense of the Imperial Academy of Sciences of the nineteenth century. 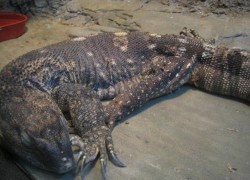 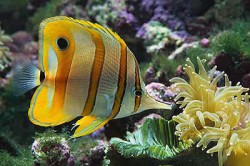 Unusual fish
At the beginning of the Aquarium demonstration was conducted only inhabitants of the Black sea, while only one functioning showroom. The hall occupied the North-Western part of the building of the biological station, it looked like a rectangular terrace. In the building of the Aquarium there was a pool occupying the Central part of the room, with a displacement of 24 m3, along the walls were placed wall aquariums with a displacement of 18 m3. The pools were filled with fish fauna of the Black sea. The first visit was free and time was limited to three days per week. For a more complete informative information scientists biological station conducted lecture presentations to visitors of the aquarium.

The further development of Museum activities of the Sevastopol aquarium is connected with the academician of Grain S. A., who headed the station since 1901. In those days the station had a severe financial hardship to save the life of the station and the aquarium. Zernov was forced to impose fees for entrance to the Aquarium, but the fee was made only three days a week, the remaining days of the visit remained free. Such measures helped to keep the station “alive”. Museum Fund the station over time has been enriched with new collections of biomaterials from the Black and Marmara seas. In connection with the lack of space, we had to increase the territory of the biological station. Left wing of the building was given over to the Museum.

Since the first world war and ending the civil war, the station was experiencing severe difficulties, but managed to preserve the health and property.

In the Soviet period (1920s-1930s) the station has continued its activities. Also took a visit to the Aquarium, viewing of the exhibits of the Museum.

Since 1960, the station received a new status – the Institute of biology of the southern seas. Then work on restoration and expansion of the building began in full swing.

Today it is possible to see over 45 species of various inhabitants of the Black sea, admire the exhibits “fauna and flora”, and also an exposition “Fauna of the tropical seas”.