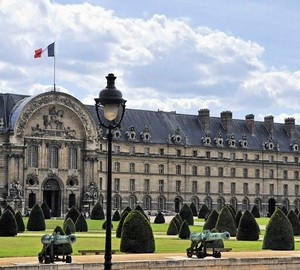 Paris Invalides is one of the most visited Museum complex of Paris. A unique place with a pretentious refuge for retired soldiers, created by order of Louis XIV. The king tired of the beggars and thieves from among the once gallant soldiers of His Majesty. Wars were enough, and the problem of retired military and disabled have not been solved.

Like most “projects” of Louis, the Invalides turned out unusual. Capricious king even of the architect changed, dissatisfied with the decor of the Cathedral.

The first residents of the nursing Home took after 4 years, although finally the construction was completed only 30 years later.

The amazing thing is that there are still living veterans and invalids of the Second world war. Though not 4000, as once, but only about a hundred.

Today, Les Invalides is first and foremost a Museum. Not one.

One of the most attractive for tourists around the world places at Les Invalides is the tomb of Emperor Napoleon Bonaparte. Sarcophagus with the remains of the great General visited annually by thousands of tourists. In addition to Napoleon here was buried by his brothers Joseph and Jerome, and son of the Emperor Napoleon (the Napoleonovich, of course). 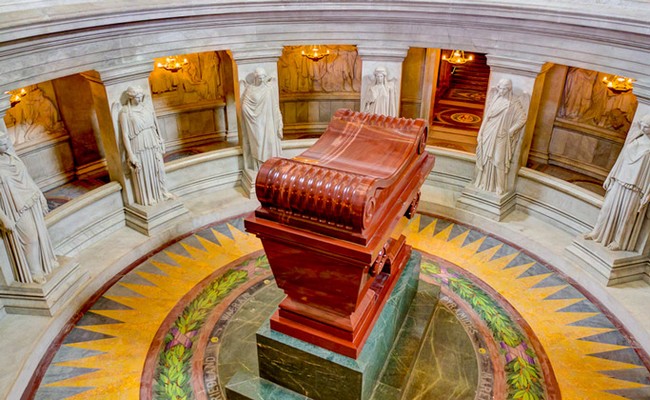 Here you can see the graves of many of the marshals of France and the grave of the author of the “Marseillaise” by Claude de Lily.

The Cathedral Museum is the most beautiful and the most recognizable part of it. Gorgeous paintings, the sculptural group of famous artists, gilded dome, impressive size. There is something to admire.

Nearby, in a former soldier of the Church now hosts concerts of chamber music. 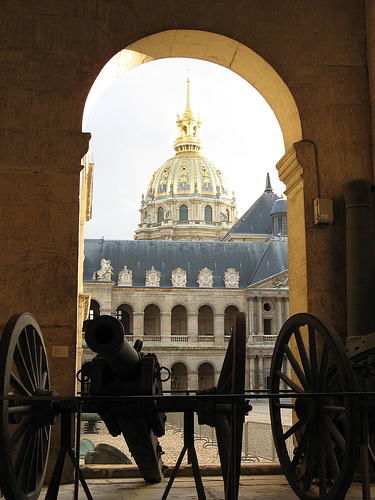 Museums in the Invalides several. Museum of plans and reliefs proposes audience to look at hundreds of vintage models, bump maps and the like. This Museum is the oldest in the territory of “home.”

A superb collection of arms and armor from ancient times. But the most interesting thing in the Museum is the collection of toy soldiers. 150 thousand tin, cardboard, lead soldiers from different backgrounds, in different uniforms. A strong impression!

Rich section of the fine arts Museum. Painting, sculpture, drawings, prints. A section of artillery was once an independent Museum. Here are the guns 600 years of existence of this type of weapon.

Museum of the order of liberation

The Museum exposition is devoted to the Order, established by Charles de Gaulle. Collection of medals and other awards. This Museum we have previously described in detail on our website. Information about him can be read here.

The Museum of Charles de Gaulle

It is a Museum of the great President. His manuscripts, personal things, awards. In a separate hall to watch a film about the liberator of France. The new Museum “home.” Besides, the interactive and high-tech.

Modern history Museum introduces the public to the history of France of the 20th century. The main exhibits – posters, photographs, postcards, paintings. It is surprising how much information can be gleaned from simple postcards or posters.

The entire complex is open to the public from ten to six. The entrance ticket for 9.5 euros. Incentives are available for many types of visitors. If you are a disabled veteran, military (in uniform!), bought Museum map of Paris, you will walk free.

Besides all the museums at Les Invalides are constantly placed two large temporary exhibitions, which you must buy a separate ticket, you can purchase an integrated ticket for 12 euros, giving right of access to all museums, the Cathedral and to all the exhibitions.

A visit to the Invalides leave the most vivid impression, this can not doubt.