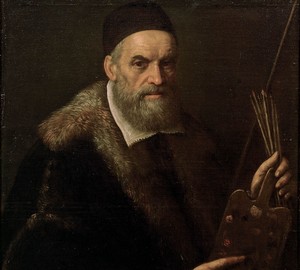 The future artist was born about 1510 in Bassano del Grappa near Venice, in the family of a famous artist. His real name dal Ponte, and the nickname he, like his father Francesco received in the place of birth.

Jacopo dal Ponte (Bassano) is considered the first of the modern masters of the landscape as it began to use it as a separate genre of painting, paying special attention to individual pieces and portraying the world in a surprisingly joyful and spectacular way.

Some solemnity and solemnity of his paintings gives a basis to relate his work to the several directions in art. He is a prominent representative of the Venetian school of painting, his style influences of the late Renaissance, Mannerist and Baroque partially. Creativity is characterized by great attention to detail, lots of detail and careful study of the smallest elements.

Painter wrote beautiful realistic portraits, beautiful landscapes, animals and still lifes with a lot of small details. His work is characteristic of the complex multi-figure composition and heavy for the image poses, but he skillfully coped with such combined tasks. Despite the complexity of his paintings look natural and very elegant.

The creative style of the artist was influenced by several significant artists of the time including, of course, his father and Titian, Bellini and Veronese. Bassano himself was influenced by the work of their sons and the famous El Greco. This alone speaks of him as a Wizard with a capital letter.

The first experience of painting he received from his father, who was assisted for 5 years. Jacopo has performed various details in the paintings of his father. The first fully self-picture was “the Flight into Egypt,” written in 1534.
The following year, Bassano moved to Venice, where he entered training in the workshop of Bonifacio Veronese. After a few years he has developed, formed, and finally mastered their own recognizable style of painting. In it he sang of the beauty of nature and find interesting moments in the everyday lives of people. Among his works there are portraits and numerous paintings on biblical subjects, without which it is impossible to imagine any well-known artist of the time.

In his paintings uses a clear and contrasting chiaroscuro, but there is no drama, and sharpness, as in the paintings of Caravaggio and his school. Another difference of the master is the diversity, the use of many fairly bright and rich colors. Through such creative techniques pictures look very impressive, festive, and well memorized. Impressive and thoughtful work on small parts. It works in the literal sense of the word to study the life of the people of the then time period.

Multi-pattern Bassano different solid compositions, which are often composed of numerous figures in difficult poses, bright dresses with Drapes and lots of detail. A vivid example is the earliest picture “Supper at Emaus”, which used a very juicy and expressive colours, and a tablecloth or carpet, which covered with a table under a white canvas that looks so real that it literally can be touched.

Survived a lot of his works are in different museums around the world, including in the Borghese Gallery in Rome, in the collection of the best paintings by Italian and other European masters.

Almost all of his life the artist spent in his native town, where he died in 1592. His work in the family workshop continued four sons, became quite well-known and successful artists.