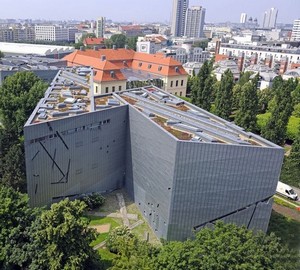 Originally a Museum dedicated to Jewish culture, was founded in Berlin in 1933. But, unfortunately, he did not survive the onslaught of the Nazi regime and was closed. Even in 1971 at the exhibition devoted to the tercentenary of the Jewish community, first proposed the idea of constructing a new Jewish Museum, but it remained unclaimed for more than 10 years. Every year this exhibition was held in the building of the former Museum of Berlin, but every year the problem of the expansion of space became more urgent. And in 1988, a competition was announced for the best architectural project of the expansion of the Museum for exhibits dedicated to the Jewish people. The winner of this contest was the architect Daniel Libeskind. 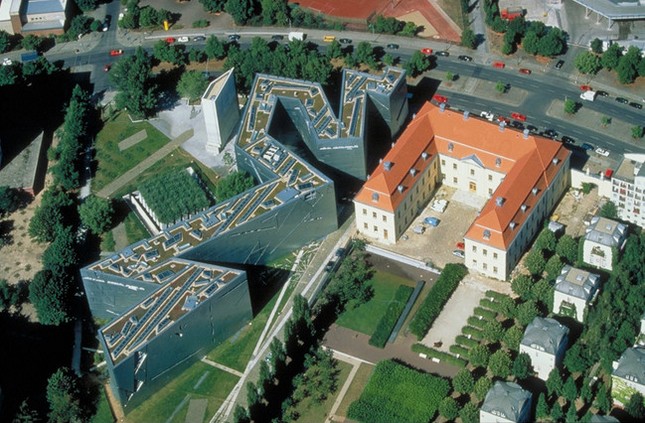 A little bit about the Creator of the Museum

Daniel Libeskind was born in 1946 into a Jewish family. From childhood he was talented and dreamed of becoming a pianist. But when he was 14 years old he moved to USA, he got interested in other disciplines such as mathematics, painting and architecture. This determined his further professional activity. Of all the architectural styles close to him in spirit is deconstruction. It is in this decision was the proposed draft of the new Museum, which he called Between the Lines, translated as “between the lines”. 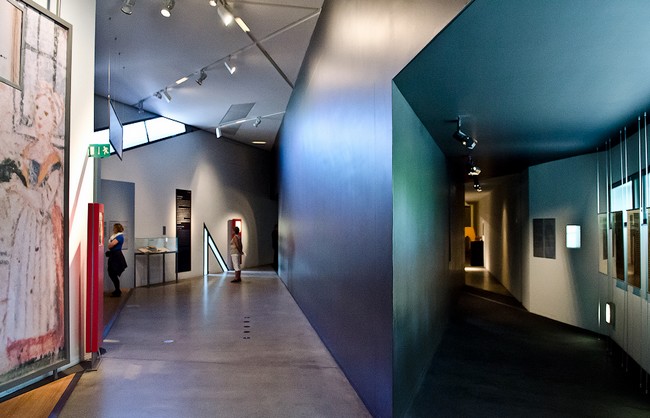 This zigzag lead the building, which crosses a straight line from a number of empty premises. It seems to be that the void created in Europe from the countless dead souls ruined and destroyed Jewish culture. Even two years before the opening of the Museum building was opened to visit, and it with pleasure was visited by 350 thousand people.

The Museum itself was opened in 2001. To get in from Home boards through an underground passage. From the basement of the tourists fall into the “Garden of exile”. The floor in garden is at a slight angle. Columns of concrete are also tilted. In such conditions there is a sense of disorientation and difficulties in movement. 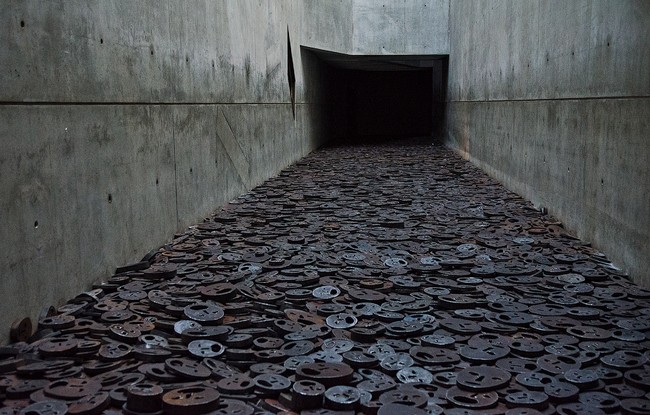 Visitors will see 49 stell, of which 48 were filled by the land of Berlin (to symbolize the date of the founding of Israel), and another with Israeli land. Here are the dark “Holocaust Tower” with a small hole above. The exposition of the Museum can produce such a strong impression that the tour guides have to be always ready to provide first aid. For example, in the Museum emptiness “Shalechet” on the floor is scattered with thousands of small metal discs with slits in the form of distorted pain individuals that crunch under your feet. Feel like you part of the terrible Holocaust.