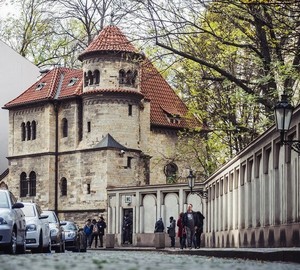 Visiting Prague, tourists are faced with a huge number of museums, which they offer to visit. Many of them are striking in their originality and uniqueness. One of them is the Prague Jewish Museum is one of the oldest, largest and most famous museums of Western Europe. It is located in the old part of town, namely in the quarter of Josefov. It’s not even a Museum, and a Museum complex, preserving the history, traditions, culture and values of the Prague synagogues.

The history of the Jewish Museum began in 1906. The credit for its existence belongs to the historian Solomon Hugo Libano and his supporter, scientist and urban Advisor, August Stein. More than 100 years ago in the days of perestroika in Prague (the twentieth century), they were able to save some items from synagogues representing historical and art value, and decided to collect them into a single collection.

Jewish Museum in Prague can boast the largest Fund of Jewish heritage in Europe. Today the Museum Fund has about 100,000 books and 40,000 religious, cult and household items. The bulk of the Fund was replenished during the Second World War (1941-1944) to Thank for that, oddly enough need the fascist invaders, that by confiscation of the property of Czech Jews were restocking Fund (prior to the war, the Museum kept only about 1,000 exhibits).

The uniqueness of this collection is not even in the number of exhibits, and that they were collected in different parts of Bohemia and Moravia. This extensive site allows you to more clearly understand the way of life of Jews and their household way. 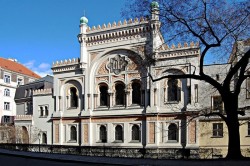 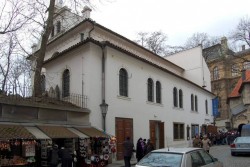 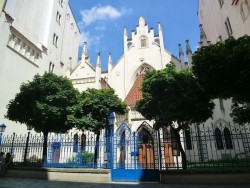 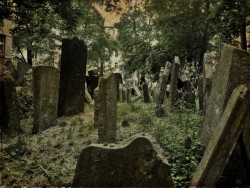 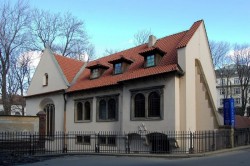 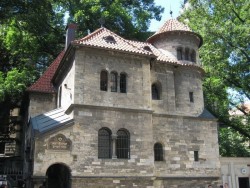 Of course, all the synagogues are used only with the historical purpose and do not function for its intended purpose. Everything except Spanish, in which still hosts worship services.

Each part of the exhibition tells about the history of the Jews in different periods of history:

Spanish synagogue – an exhibition devoted to the later period until the present day. Tells about the fate of people in the period from XVIII century to the era that followed the Second World War. Reminiscent of the most famous entrepreneurs, scientists, writers, musicians, etc.

Pinkas synagogue – this exhibition can be called a childhood. It is the drawings that were created by children of the terezín ghetto in 1942-1944 In the unit survived. The drawings are the only memory about them and their terrible fate.

Klausen synagogue – an exhibition primarily introduces visitors to the Jewish Bible (Tanach) and Talmud. Then is the very synagogue and talks about the service and its features. Focuses on Jewish holidays and religious celebrations. Another part of the exhibition tells about the daily life of the family, focusing on the customs associated with birth, circumcision, marriage and divorce.

Function hall – probably the most difficult part of the exhibition. She talks about the other side of life, which is inherent in the illness and death, but also about medicine. There are memorial prayers for the dead.

Jewish Museum in Prague does not compare to its uniqueness to any other Museum. Today it is the most visited Museum in the capital – more than 700 thousand tourists and visitors to Prague per year.

Having been in this beautiful city, every man makes a choice to visit or not the Jewish Museum. But given that many of the works collected in the Museum, how many lives and destinies are stored in these halls, he clearly deserves the attention of everyone.