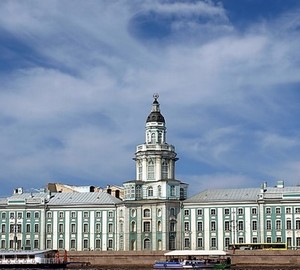 In the center of St. Petersburg on the Neva is an ancient building with a tower, built in the style of Petrine Baroque. It is the Museum of anthropology and Ethnography named after Peter the Great – Kunstkamera. This is one of the largest and oldest ethnographic museums in the world.

Russian and Soviet scientists for three centuries, gathered priceless collections on the history of the peoples of the world. It all started, like much in this amazing city with Peter I, the great reformer, in the era which Russia received a new impetus in its development.

The pursuit of education of the Russian people was reflected in the creation of the first Russian public Museum, the Foundation of which was based on the personal collection of Peter I, acquired during his first trip to Western Europe. 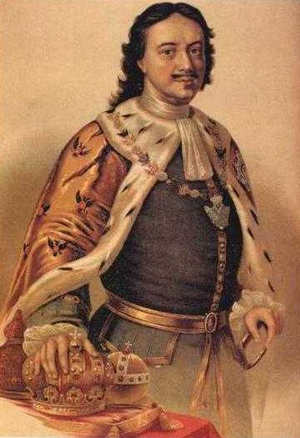 In 1714, Peter I ordered to move the capital from Moscow to St. Petersburg. At the same time to the new capital, carry so-called “sovereign’s Cabinet”, a collection of curiosities and a library. Originally these items were located in the summer Palace – first residence of the king. To care for the rarities it took a whole staff of servants. The room in which the collection was named in the European manner – a Cabinet of curiosities, which translated meant “Cabinet of rarities“. So, in 1714, in Russia appeared the first Museum.

The structure of the Cabinet of curiosities became of Peter was a matter of national importance. At this time, he issued a decree in which he orders “all that is strange in Russia: unusual stones, bones, human or bestial, fish or bird, not like we now have, or are, Yes, exceedingly great and small in front of the ordinary, also some old inscriptions on stones, iron or copper, in short, all that exceedingly old and incredibly, bring to the capital.”

All travellers now had to buy a different strange things and its domestic and foreign people. From all parts of Russia in Petersburg began to come to various findings. 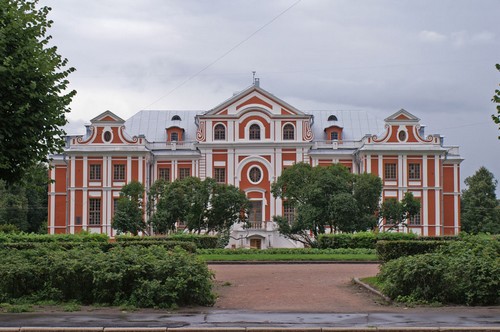 Curiosities were becoming more and more. In the Palace chambers, the exposure becomes small, and in 1718 under the Kunstkammer was given Kikin’s home – a mansion of a disgraced nobleman Alexander Kikin, near the Smolny Cathedral. In Kikin hall, a mansion houses the collection of curiosities was presented to the public. Unlike Western Europe, where entrance in these museums cost a lot of money, the Russian collection was exhibited to all comers, absolutely free. The Museum was established for educational purposes. Peter the great believed that “enthusiasts to teach and entertain, not taking money from them”. All visitors were met by the servants who accompanied “enthusiasts” through the halls and showed them to rarity with a brief explanation. Collections are constantly replenished. Space again is not enough. It became clear that the Cabinet of curiosities you need a special building.

With the site chosen for construction of the building of the Kunstkammer is a legend. Once, allegedly, Peter was walking along the Bank of Vasilievsky island, saw an unusual pine. The branches of a tree rooted by a semicircle in the trunk, and one of them was like dushku a huge barn lock. “That’s a tree monster,” cried Peter I. And the king commanded that the tree cut down, and the part with the strange branch to keep, and to lay the building of the Kunstkammer.

The construction of the building lasted for more than 10 years. The king from his personal funds earmarked money, and personally oversaw the construction. Unfortunately, Peter was not destined to see the fruition of their dreams. Grand opening of the Museum took place only 3 years after his death in 1728 year. The project was designed by the architect Mattarnovi, and has received the approval of the Emperor. Further construction works were Kerbel, Chiaveri and Zemtsov. The building at the time it was conceived, a huge 100 m long and 15 m wide, and was the first monumental building on the spit of Vasilyevsky island.

In plan, the building is an elongated rectangle, and is made in the then fashionable style of the Petrine Baroque. Two-storey symmetrical blocks, extending along the waterfront, were United by the Central front part of the building with a tiered tower, over which was a field.

In 1747, in the building of Kunstkamera was a terrible fire which caused extensive damage to the building itself and of the collection. Many years after the fire, work was conducted to restore the building and interiors. Work on the reconstruction of the building was headed by the famous Russian architect Savva Chevakinsky.

In 1879, the ethnographic and anatomical museums were United in the Museum of anthropology and Ethnography, inherited the collection of the Kunstkamera and its historic building. In 1903 the Museum got the name of the founder of the Kunstkammer – Peter the Great, which bears to this day. 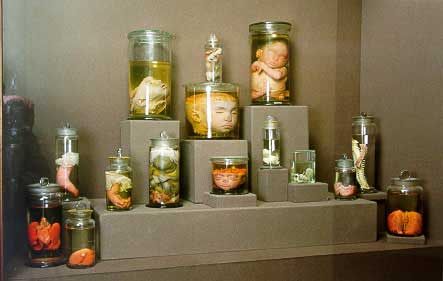 Collection of Frederick ruysh was the pride of the founder of the Kunstkammer. Peter I bought it during my first trip to Holland for 30 thousand guilders. The amount at the time was huge and was equal to the annual budget of the Imperial court. This anatomical collection is truly unique and especially valuable collection of preserved embryos from their inception to birth. In this collection of over 1,000 specimens, which are preserved unchanged to the present day. The process of indexing, which was invented by Frederik Ruysch, at the time it was considered the 8th wonder of the world.

At that time, the Museum existed the so-called anatomic theatre, where the audience went to see the dissection of monsters. Right in the center of the room was a table on which carried out this process. The collection is divided into two parts. First – freaks human, the second part of the collection is devoted to diseases of animals. The Museum also holds medical instruments, which Peter I himself conducted the simplest operations. Often Peter and I had removed the teeth from different people. Collection pull teeth Peter the great has been preserved to our days. 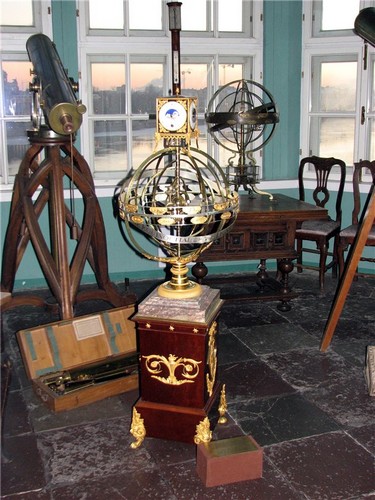 In the Cabinet of curiosities is a huge collection of telescopes of the 18th century. Great Gottorf globe in the Museum attracts many visitors. Globe mounted on an axle, to it was attached a round table. With water, the mechanism was set in motion, and the globe began to spin. It was made in the late 17th century. The construction of the globe lasted more than 10 years. 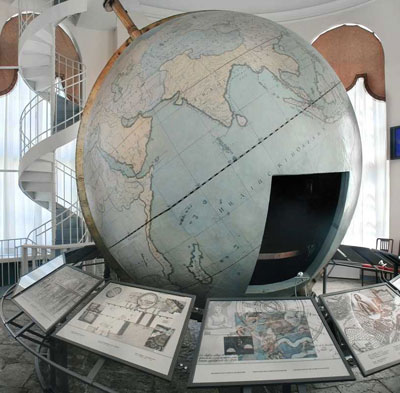 The collection of the Kunstkammer diverse and numerous. This exciting journey across the countries and study the culture and life of different peoples. 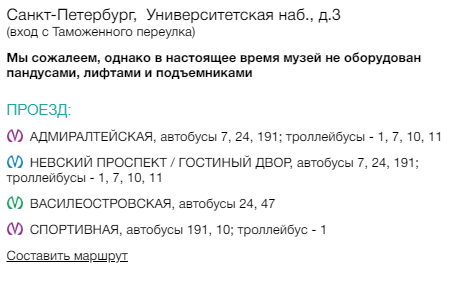