Livadia Palace in the Crimea – description and photos of the Museum, Ukraine 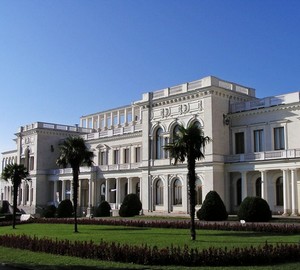 In the most picturesque area of the Crimea on its southern shore, three kilometers from Yalta, is the historic summer residence of the Russian tsars since 1860 – the magnificent Livadia Palace. The majestic white building of the Grand Palace was built on the site of the old the old in 1911 by the order of Russian Emperor Nicholas II in record even by today’s standards, time – in just 17 months. Light fawn Inkerman limestone, which constructed the main building, gives it a truly magical glow, creates an image of a magical fairy Palace. The white walls of the Palace, wrapped in green waves of vegetation surrounding the Park, majestically stand out against the blue sky, and the marble figures of the fabulous griffins, beautiful dolphins and fruit and floral garlands, just complete the image of the Palace of dreams. Family crest of the Romanovs, decorating the main entrance, monograms fancy names of the Royal family, clearly declare the identity of the owner of the Palace.

Overall style architecture and interiors also tells about the Regal taste of the owners. A harmonious blend of eclecticism and new-fangled at the time of art Nouveau, has helped to create an atmosphere of calm tranquility by combining perfectly proportioned repeating geometric details – straight vertical columns, semi-circular arches, rectangular Windows, turned balustrades. The absence of complex architectural elements exterior finish with interest filled a pompous luxury of the interiors of ornate moldings, carved panels from valuable breeds of wood, marble fireplaces, serving more for decoration than for heating rooms, the furniture sets in the style of “Jacob”. However, the interior of each room is amazing thoughtfulness, comfort and convenience. It’s not just the Museum rooms are rooms in which you want to live. 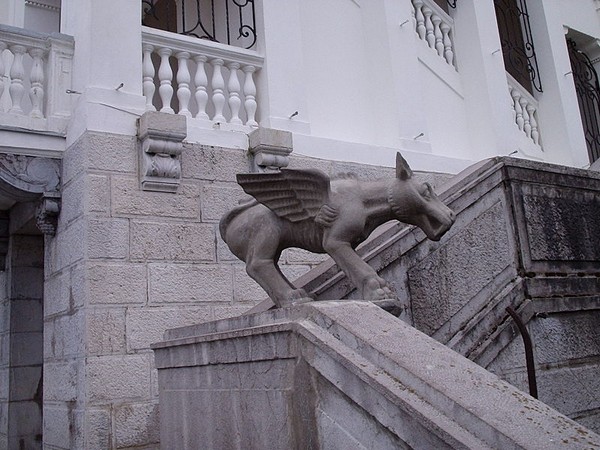 Also in the Museum complex “Livadia Palace” includes the Palace of Baron Fredericks, the Palace Church of the exaltation of the Holy cross, the corps of pages, as well as the magnificent Park and the interior courtyards – a magnificent Italian with a traditional fountain in the center and cozy Arabic.

The Livadia Park deserves special admiration. By the nature of the plan it relates to infinity, and each track and the path it was conceived and built in such a way that for each turn of her eyes opened magnificent views, helped speed its location on the slopes of mount Mogabi. Cozy gazebo Park offer rest your feet weary traveler and open the eyes truly stunning overview of Palace, mountains, sea. Skillfully executed fountains moisturize dry Crimean air and delight hearing to their gentle soothing murmur. 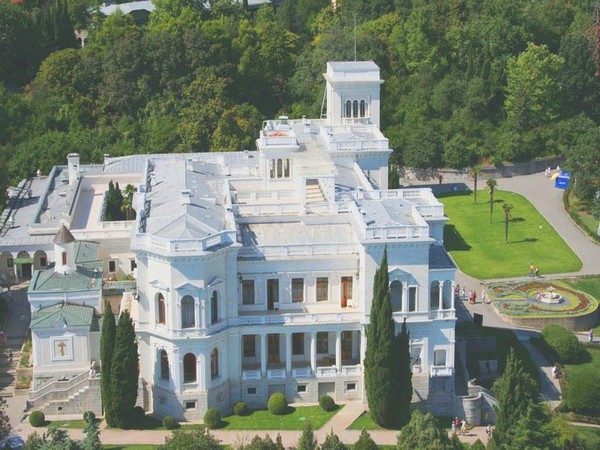 Today Livadia Palace meets various politicians, is the exhibition gallery for well-known artists of Russia and Ukraine, as well as the venue for various cultural events and activities, musical and vocal competitions. In addition, this “pearl of the Crimea”, almost every day is open to all visitors. Here you can see a sample of the top architectural and landscape design, touch a piece of history of the great Empire.