Mauritshuis – the Hague: a description of the Museum, its location on the map 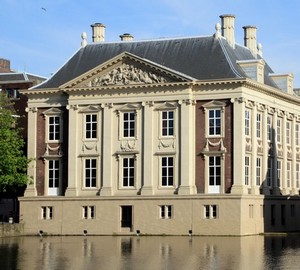 The second most important state Museum of the Netherlands is the Hague Mauritshuis.

In the center of a modern bustling town on the banks of a large pond, which once served as a moat, stands the Binnenhof – the ancient castle of the counts of Dutch. In the interior of Dover castle stands the so-called knights ‘ hall. This is one of the oldest buildings preserved on the territory of the Netherlands, is a medieval chamber for official receptions, which in case of need, could become the last Bastion of defense against the enemy. In the XVII century the Binnenhof became the residence of statthalterei – Prince of orange-Nassau. A hodgepodge of medieval buildings, often smykovskaya with the remains of walls, were surrounded by a rectangular inner area. It was all rebuilt in order to accommodate the court and the office of statthalter. From the old castle, except the knights ‘ hall, left layout, faceted towers at the corners, and a wide pond, on the opposite Bank of which grow large silvery willows. The originality of the Binnenhof is a beautiful combination of multi-temporal, different elements. The more perceived architectural unity of a small classical building, which looks in the water next to him.

Harmonious proportions, both simple and majestic, the Palace, the Mauritshuis was built in 1633-1644 years for Prince Johann Moritz of Nassau-Zhenskogo, one of the relatives of statthalter. It was built by the architect Peter Post according to the plans of Jacob van Campen. This is one of the first palaces in the Netherlands in a classic style, zaimstvovanii of Renaissance Italy. Dutch architects with a sophisticated skill adapt it to national traditions and habits.

The main facade of the square building is located on the side opposite the pond. A visitor enters the spacious lobby, from which a Grand staircase with different oak railing leads to the second floor. In gracefully and strictly decorated rooms of the Palace splendor is combined with the comfort of a private dwelling house.

The Mauritshuis in some extent retains the character of “art Cabinet” – a collection of rare and especially valuable masterpieces. His collection is relatively small and not intended to be a complete reflection of the history of national art, but there are a number of works by Rembrandt and Vermeer relating to their greatest achievements. In an old fashioned hanging is good look pretty, decorative works of Flemish masters of the XVII century. In the section of the so-called “primitives,” presents masters of the XV-XVI centuries, worked not only in Server but also in the Southern Netherlands. 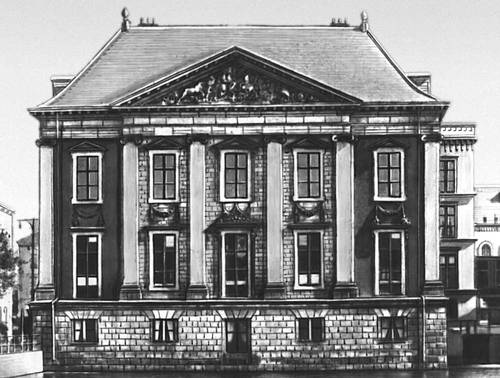 Split the Netherlands into two States — Protestant bourgeois Republic in the North (Holland) and the Catholic possession of the Spanish king in the South (Flanders),— addition and a brilliant flowering of two profoundly different national cultures can clearly imagine, walking in the halls of the Mauritshuis. Usually in Dutch museums rare work by Flemish artists, and museums in the Belgian — Dutch; no wonder with the end of XVI century Northern and Southern Netherlands were often at odds for a long time and fought among themselves. In the Mauritshuis, along with the national Dutch school is well represented by the painting of Flanders. In the halls of the XV—XVI centuries, adjoin the works of masters of Bruges or of Antwerp and Amsterdam. Naturally, the heirs of these masters – as in Flanders and Holland are represented in the Museum’s collection.

The Mauritshuis owns the works of the three great masters of seventeenth century Holland: Frans Hals, Rembrandt and Johannes Vermeer of Delft. Their creative maturity is connected with different stages in the development of Dutch painting of the XVII century. Historical conditions have had a noticeable effect, but no less important role played extraordinarily unique and strong individuality, so that their art represents different sides, different aspects of the art of Holland.

For many years the post of Director of the Mauritshuis Museum was occupied by Professor Brediusa, the preeminent connoisseur of painting of Rembrandt. He was rich and spent their funds for the purchase of paintings by the master, who after the death of Professor (1946) according to his will became the property of museums. Among these paintings are outstanding late works of Rembrandt, as “Two black”, “Homer”, “David and Saul”. They were written in the late 1650’s and early 1660’s, when ruined, rejected by the Amsterdam burgher tragically the artist was in his creative solitude.

In the collection of the Mauritshuis , the great masters of the XVII century – Hals, Rembrandt, Vermeer — stand surrounded by their contemporaries. Here the work of Ter Borch and Wall Art Ruisdael and van der Nera — landscapes, portraits, genre scenes, the quiet, the noisy and cheerful. There is also a vast collection of works of famous Dutch painter of the eighteenth century Cornelis rope-hauled light, in particular a series of five pastels depicting the different stages of the bachelor drinking, — “meeting of friends of Biberius” (1739-1740). Latin inscriptions on the old frames ironically comment on the events: “it was Noisy in the house, Who could, was; who couldn’t fall”, etc.

Alone in the Museum is a small room devoted to German painting of the Renaissance. There are wonderful works of Hans Golbeyna the Younger (1497/98—1543) — “Man with a Falcon” (1542), and in particular “Portrait of Robert Chisman” (1533), is also depicted with a Falcon not the hand. The portrait is characteristic of Holbein authenticity, the severe restraint of an image and special decorative expressiveness of the wide spots and local colors. Paintings by German artists and serve as a complement and contrast to the works of their Dutch contemporaries, exhibited in the neighboring halls. They have much in common, but there is a profound difference arising from the peculiarities of different national cultures.