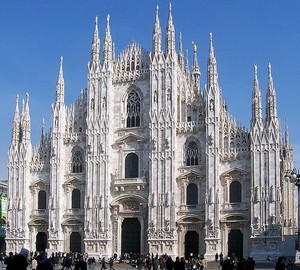 Cathedral of Milan – the city center. With it all begins and all ends. Flaming Gothic, white marble, connected together, summing up thousands of years of architectural thought, anticipate the Baroque and classicism, opens the way to new heights of architecture.

Today this wonderful building can be considered from several angles – the Catholic centre of Northern Italy, the historic and artistic landmark, and one of the most majestic and elegant concert halls in Europe. 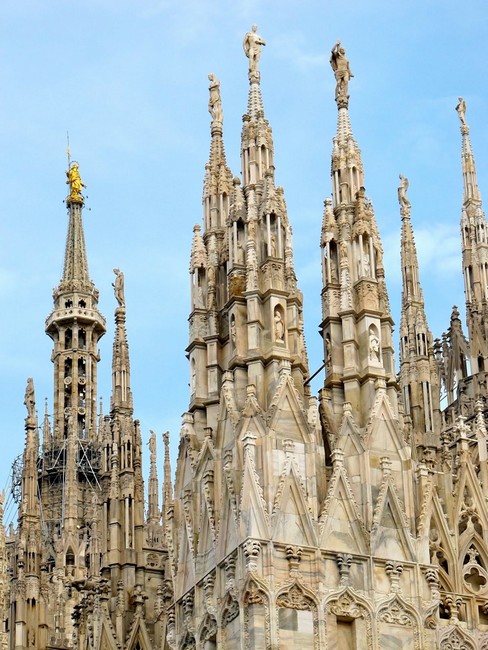 For the Western Church, Milan is a city landmark. In this town was published the edict of the Emperor Constantine, equalizing the rights of Christians with pagans in the Empire. This fact gives of the diocese of Milan of special importance and influence.

The place where there is a Cathedral in ancient times was used for the construction of shrines (Celtic, Roman temple of Minerva, Basilica of the early Christians, Church 6-7 centuries).

The presence in the Cathedral of the greatest Christian relics – a nail which was removed from the cross, draws pilgrims from all over the world. 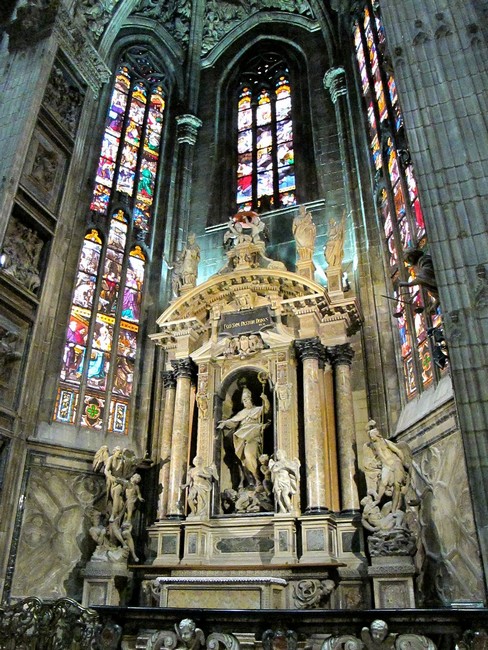 The historical and artistic attraction

The construction of the Cathedral began in the 14th century, lasted until the early 19th century. During all this time several times completely changed the group of architects, ideas became obsolete and were replaced by more modern. Only one remained unchanged – the desire to make the Cathedral a unique, majestic and beautiful.

Flaming, late Gothic style, creating the effect of “flicker” and the mobility is enhanced by the material of which the Cathedral was built. White marble creates the illusion of a translucent intricate design of slender towers, sculptures, pointed arches.

Three and a half thousand statues adorn the Milan “Duomo”. The tour allows you to explore all the details and symbols of this temple can take several weeks.

The interior of the Cathedral is seen particularly acutely by the light infiltrating through the old stained glass that adorned the Windows.

Special attention should be given to painting: there are still some 15th-century frescoes and altar paintings by Italian masters of the 17th and 18th centuries.

Visitors have the opportunity to climb to the terrace of the temple and enjoy the panoramic view of the city from an unusual angle. 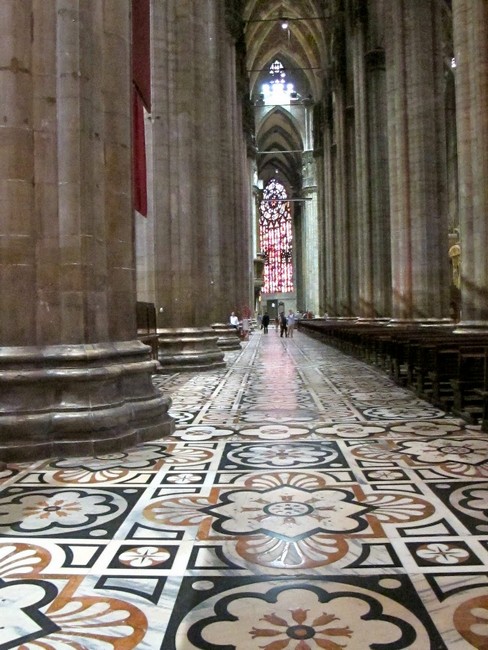 In the Milan Cathedral almost daily are a variety of concerts both Church and secular music. The choir of the “Duomo”, known far beyond Italy. The programme of events, ticket prices can be found on the official website of the Cathedral.

For visitors to the Cathedral of Milan is open daily. During the service, tours are not conducted. Entrance fee, take only those who rise to the terrace (12 eurosif we go up the Elevator and 7 euros – if you go on foot) and down into the crypt (6 euros). All the others have the opportunity to meet with the Milan miracle absolutely for free (for photographing will take 2 euros).