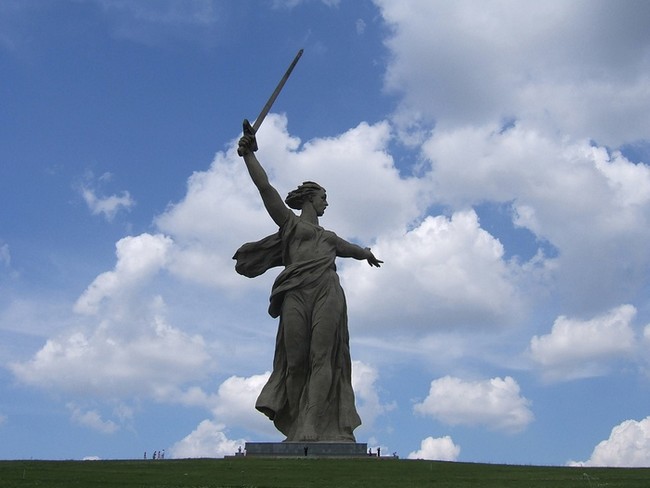 One of the most famous sculptures of the USSR at its core is the Central figure of the triptych, which includes the monument “Tyl – frontu!” in Magnitogorsk and “Warrior-Liberator” in Berlin’s Treptow Park. The idea of monumental compositions – forged in the rear of the sword, picked up the Motherland and down – Soldier-Liberator. At the time of installation “Motherland” was the tallest sculpture in the world.

The aesthetic base of the monument served as the allegorical image of the Marseillaise bas-relief on the arc de Triomphe in Paris, as well as ancient sculpture Nike of Samothrace. 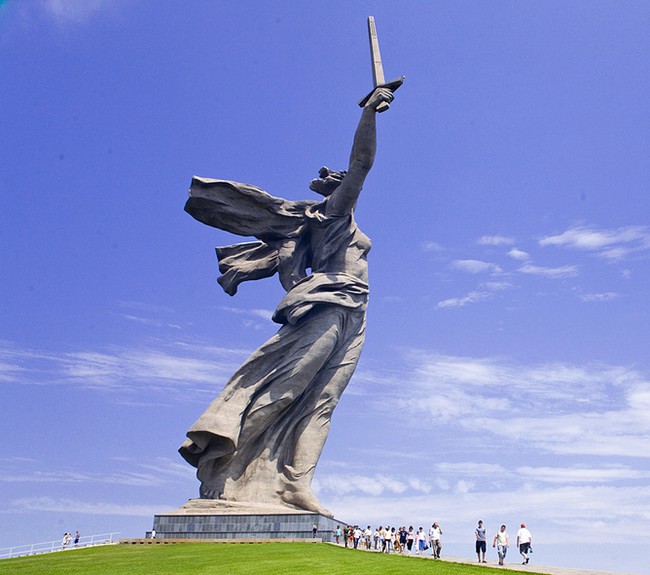 The author of the sculpture – the great master E. Vucetic – considered several options for the sculpture. Initially it was assumed that, except for the figure of “Motherland”, the next is depicted the kneeling warrior, and to hold the sculpture was not a classic sword and red flag. However, in the process, the concept was changed into the classical language of symbols, mitigate ideological content, filling the ideas of humanism.

Still arguing about art historians about who was the master model for the creation of a monumental image. Voiced several assumptions, but the author claimed that the model served him as a waitress of one of restaurants of Volgograd.

Strong experience of monumental sculpture, the author has made to those that did not place her on a high pedestal. The Motherland if he is on the ground, turning to appeal to his sons. 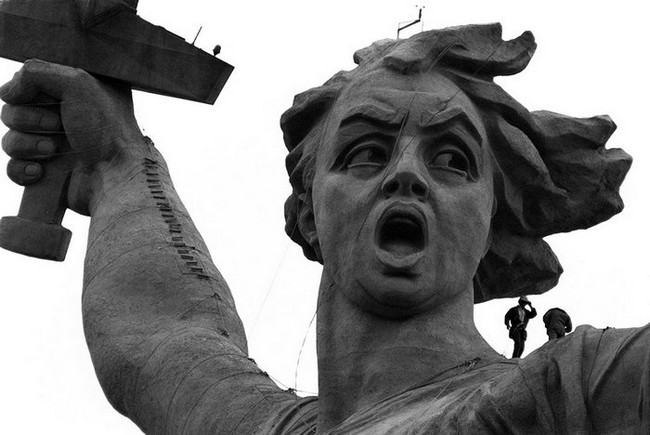 During its existence the sculpture has been twice restored. Changing the material of the sword, its design solution is updated several internal frame structures. Since 1967, when the sculpture was installed, the monument became overgrown with legends and traditions. Tell that during the installation of the sculpture, inside of her was gone one of workers, which was never found.

It is also known that for establishing a solid base of the monument was necessary a continuous supply of concrete. Trucks hauled the concrete to the construction site, had the right not to respect any traffic rules and traffic police had no right to stop them. 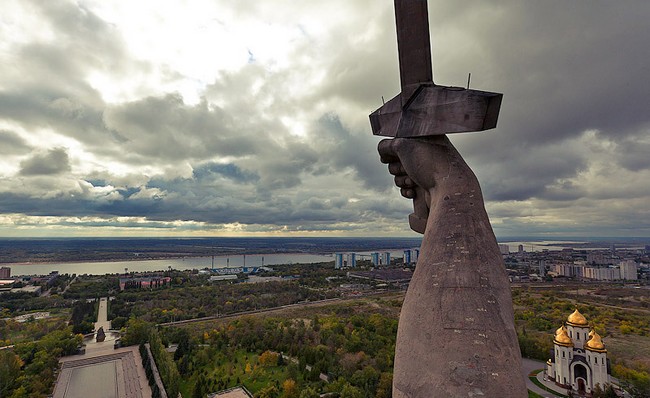 Recently, near the monument was built the Church of All Saints, which blend in with the overall composition of the memorial, and gave it a new meaning.

Today, the 52-meter sculpture is the main attraction of Volgograd, causing genuine interest of hundreds of thousands of tourists from all over the Earth.