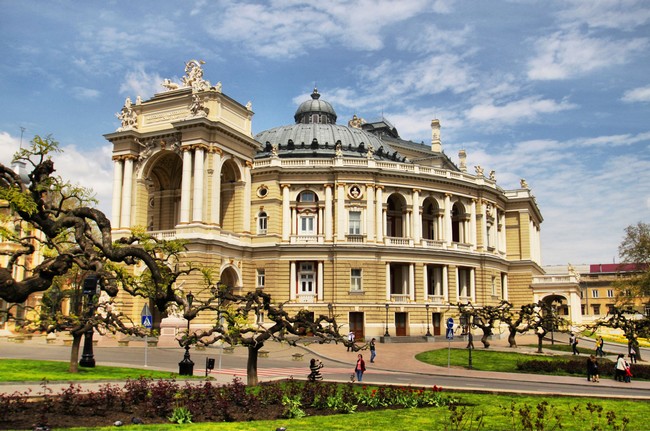 The special status of the city’s charm and rich history, unique ethnic composition and characteristic dialect make Odessa the city is self-sufficient, free, and belonging to world culture. Sculptural monuments are very numerous, original and attractive. 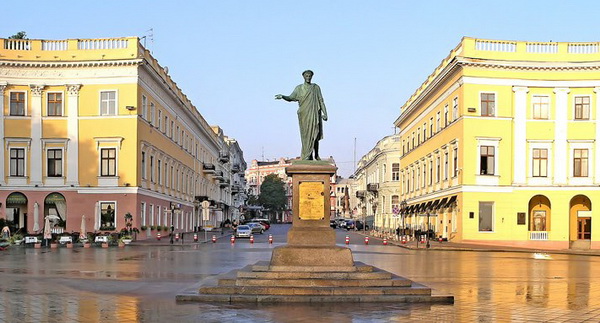 Monuments to the founders of the city

The most lively and popular tourist place in Odessa – Primorsky Boulevard and Potemkin stairs. Here tourists meets a monument to the first of the “founding fathers” of the “pearl of the sea” to the Duke of Richelieu. Ordered from the great masters of Martos, the monument is made in a classic style. The figure depicts Richelieu in a Roman toga, as if the hero makes a speech to the inhabitants of Odessa, as the Roman senators appealed to the Romans. On the pedestal of the sculpture has three high relief where you can see the allegorical images of trade (mercury), justice (justice) and agriculture (Ceres). 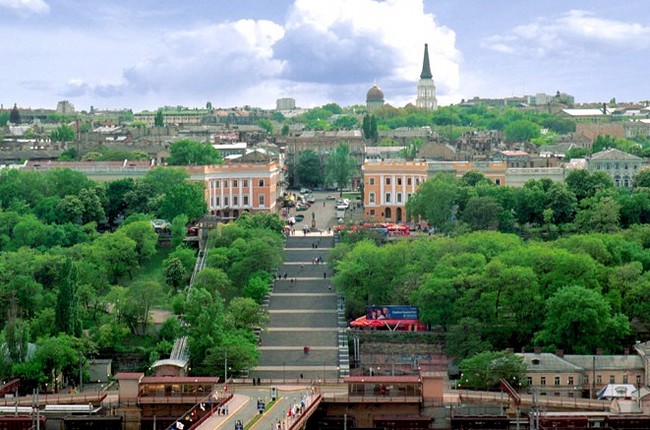 Sculpture of Osip Deribas is located on the street named after the hero and founder of the port of Odessa. The work was completed by 1994, when we celebrated the 200th anniversary of the city. To be honest, the work does not Shine artistic merit. Made it somewhat General, plastic, ragged, rhythmically, the work is not sustained. In front of the audience rather a kind of doll, with clearly defined facial features. Townspeople called this creation “the grasshopper”, which very aptly emphasizes the imperfection of sculpture. 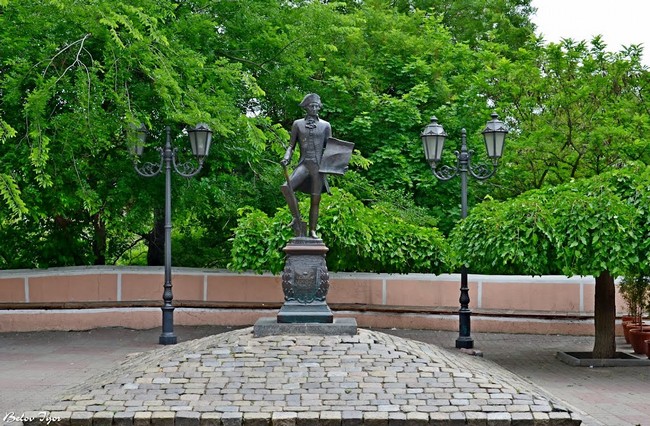 The monument to the founders of the city on Ekaterininskaya square was originally installed at the request of the citizens. In 1900, there were granite monument on top of which was a statue of Catherine the great, and around the pedestal of the sculpture of her companions – Deribas (founder of the port), De Vollan (the first architect), Potemkin (founder of the black sea fleet), Zubov (the successor of the Affairs of Potemkin and chief Deribas). After the revolution the monument was demolished, this place was a memorial to the crew of the cruiser “Potemkin.” Restored the monument with the statues was only in 2007, after much debate and resistance of the Ukrainian authorities. 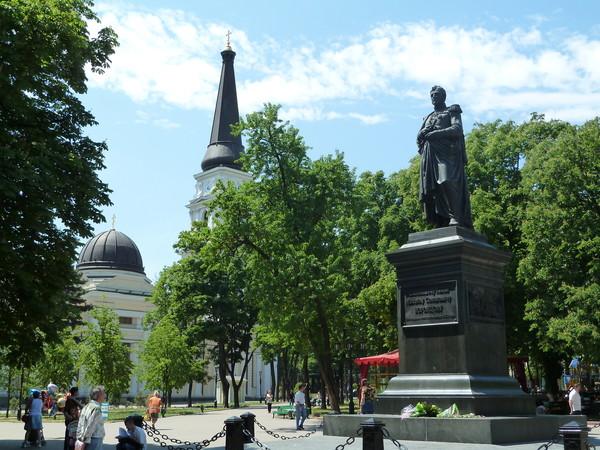 The monument to the Governor Vorontsov has survived all of the state of adjustment from 1863 to the present day. The hero of the war of 1812, business, and a talented organizer made for Odessa almost more than the “founding fathers”, Vorontsov depicted in the uniform of field Marshal with a staff in his hand. Surrounding the monument fence, on the pedestal is the inscription “VORONTSOV”.

In the city are two monuments to Pushkin. First – on the promenade, next to the city Council. This bust of the great poet was erected on the money collected by the citizens and dedicated city Council. The monument is essentially a fountain, topped by a sculptural image of the poet. 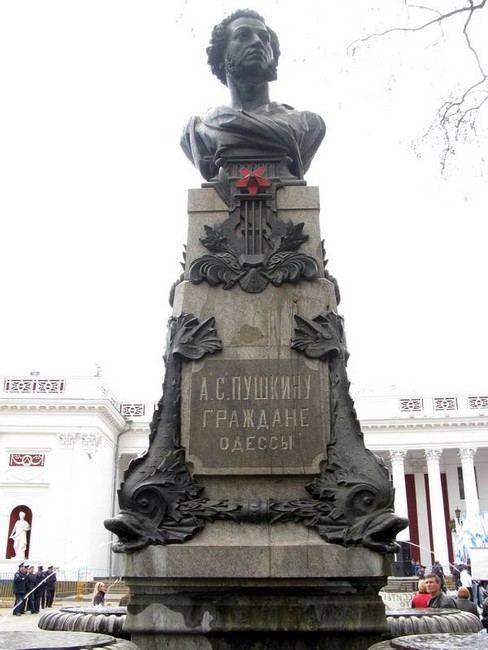 The second monument located on Pushkin street, opposite the Museum of the poet. The sculpture was made by the author in the late 90-ies of the 20th century. 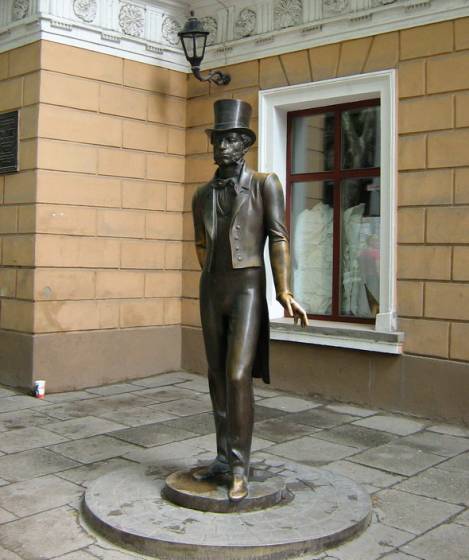 Their beloved countryman Leonid Utesov Odessans erected a monument in the City’s famous garden. The artist is depicted sitting on the bench. The pedestal at the sculpture there, so everyone can sit down on a bench next to Utyosov, than many people enjoy. 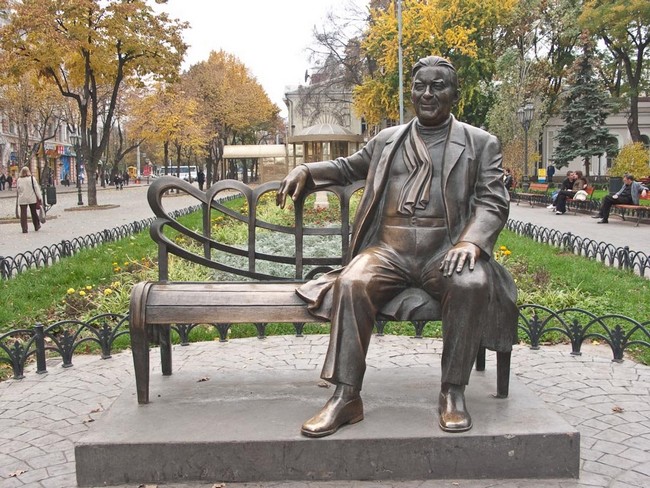 The sculpture of the father of Russian aviation is on the stairs of the house on Deribasovskaya street, near the sea. In this building in 1913, the brothers of the legendary Aviator opened the cinema to financially help implement the projects of his brother. Utochkin depicts a young man, holding in his hand a paper airplane. The sculpture is filled with romanticism and naive faith in the dream. 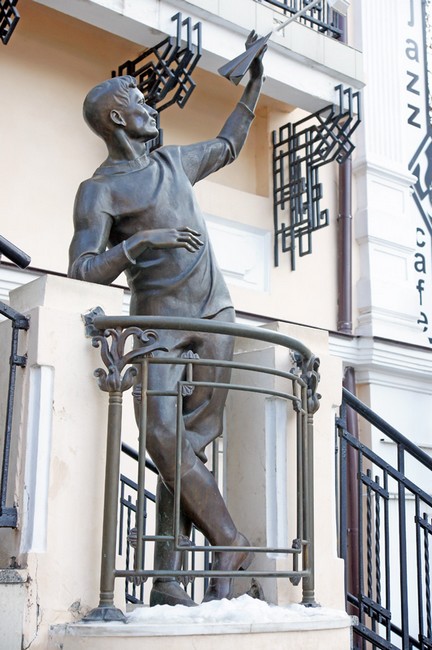 The only monument to the great Russian actress Vera Cold set in Odessa, near the Cathedral. The sculptor A. Tokarev has created an incredibly touching and graceful way. 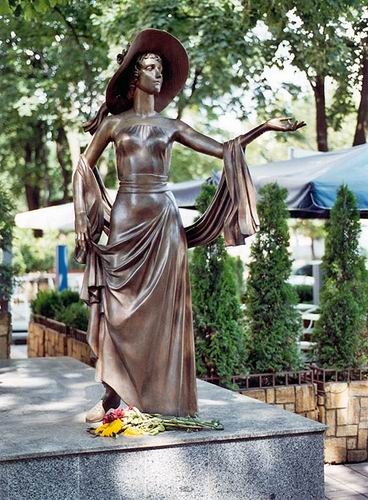 In Odessa there is a monument to employees of criminal investigation Department, sculpture of Saints Cyril and Methodius, a monument to the Creator of Esperanto, the 12th chair of the famous novel by Ilf and Petrov, as well as many other works. 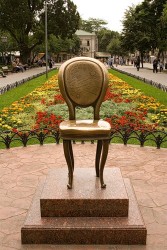 The monument to the 12th chair in Odessa 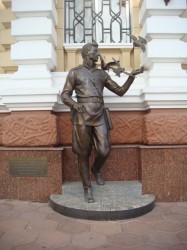 the Monument to David Gotsman in Odessa 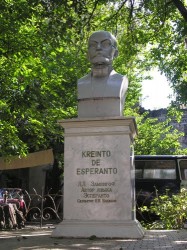 the monument to the Creator of Esperanto, Odessa

Odessa is the most wonderful city in the world. And no wonder it is called the number of Oless-Mom”. She is really a MOTHER.