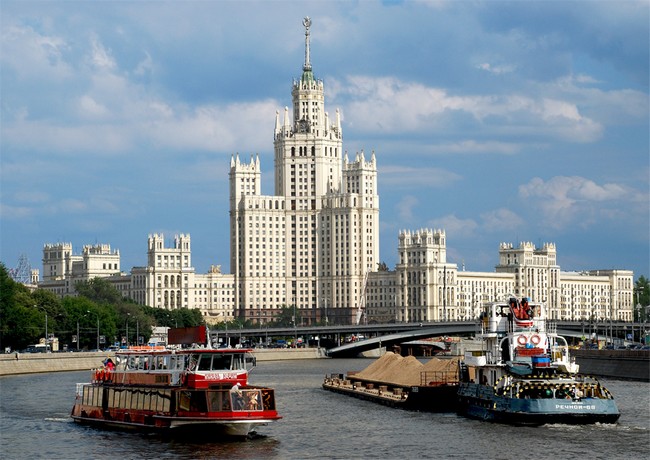 Capital status and the long history of Moscow involves a very large number of different sculptural monuments. The vast majority of monuments made by famous and talented authors. Many are controversial among critics and ordinary Muscovites. Some ambiguously evaluated by historians. In brief review, it makes sense to focus on the most well-known, time-tested and history of the sculptures. 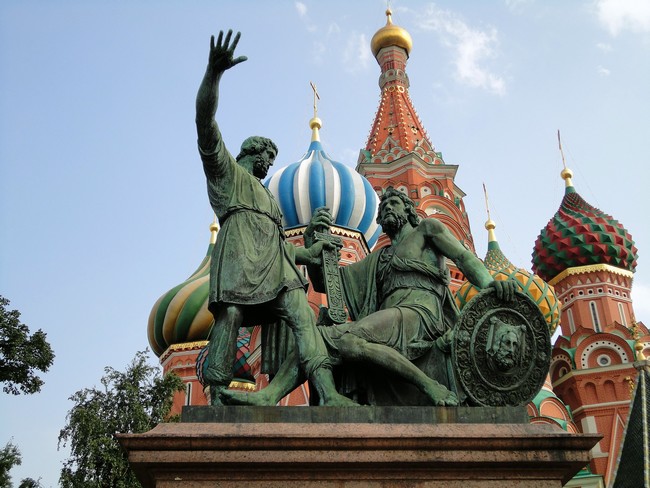 The oldest sculptural monument of Moscow, surviving in a whirlwind of eternal Moscow historical storms, is a monument to a truly national and very sincere. We are talking about a monument to “Citizen Minin and Prince Pozharsky”. The author of this composition was Ivan Martos, who, as the models were invited to pose their sons. For the base of the monument used granite. The monument was inaugurated March 4, 1818, and became a symbol not only of the great Patriotic enthusiasm, ended “troubled times”, but also of Russia’s victory in the war against Napoleon.

In the early 30-ies of the 20th century, the monument was moved because, in the opinion of the Moscow authorities, prevented the carrying out of military parades. 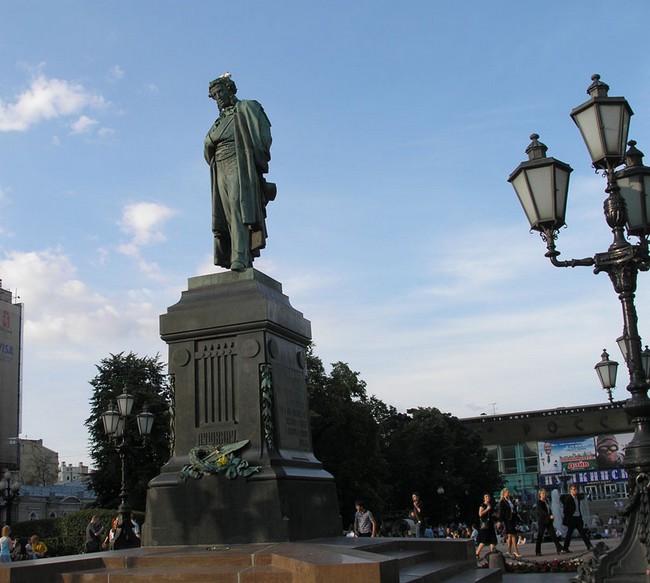 All in Moscow is four of the monument to Pushkin. The oldest and best of them, created by sculptor Opekushin, stands in the square also named after the great poet. The sculptor depicted the genius while walking. A poet in deep thought. It makes sense of their own involvement in the mystery of versification. The sculpture is made in bronze, on a pedestal a marble plaque on which are inscribed lines of the poem “Monument”. The sculpture was in 1880. 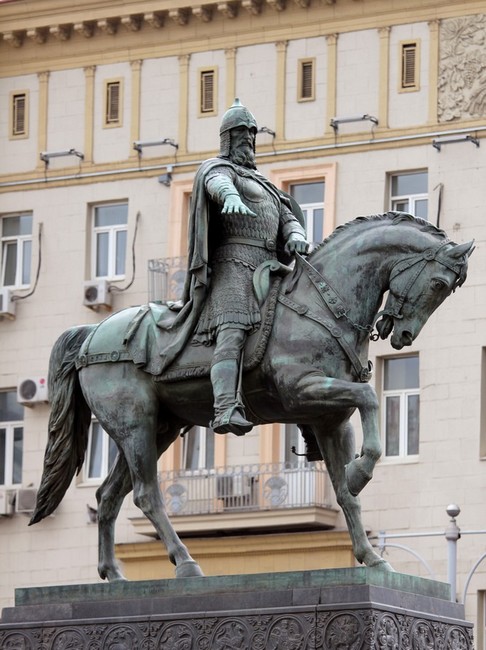 Today the monument to founder of Moscow Prince Dolgoruky is one of the main symbols of the Russian capital. But for many years around this monument, passions were running high. It was established in 1954, but the idea of installing sculptures of the first Suzdal Prince belonged to Stalin. After the death of “best friend of athletes” monument wanted to get away from the eyes, but all the time something prevented, the festival of students, the arrival of the distinguished guest, the removal of Khrushchev. As a result, the product Orlov still adorns the Tver area of capital. And the fact that Dolgoruky could not be the founder of the city, which existed at least two hundred years before his birth, and no one remembers. 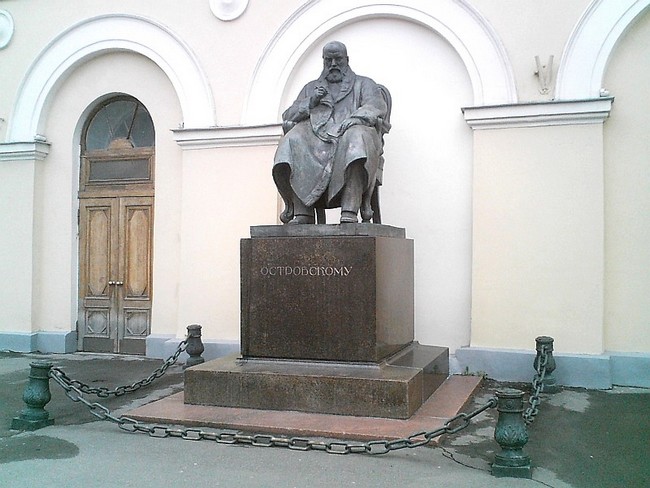 Monument to Alexander Ostrovsky at the Theatre square was to appear in 1918 as the money was collected by the Moscow intelligentsia for a long time. However, the time was hot and about the great Russian dramatist remembered only in the late 20-ies, when and installed, finally. The author of the sculpture N. Andreev represented the writer in his dressing gown, sitting in a chair. The viewer is presented the Moscow real gentleman who knows how to enjoy life. No geniality in his eyes. A writer like eyeing everyone who came to see him. 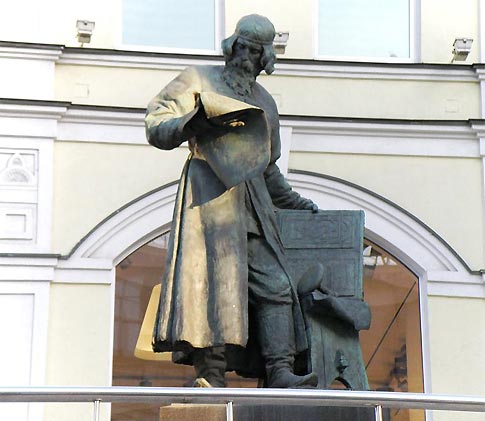 The idea to establish a monument to the Russian printing pioneer I. Fedorov was born in the mid-19th century. But only at the beginning of the 20th century, funds were raised and a competition. In addition to Russian sculptors of his ideas were presented by the masters of Austria-Hungary, Serbia, Bulgaria and France. All applicants are faced with one very important issue – history has not preserved any in vivo imaging Fedorov. The sculptors had to fantasize. Was recognized as the best fantasy S. volnuchini. The author represented the first printer in the time of work. Tired-centered “government printer” examines the first sheet “Apostle”, the first printed book in Russian.

Like many of Moscow’s monuments, the statue of Ivan Fyodorov several times changed its location, depending on new building ideas city guide. 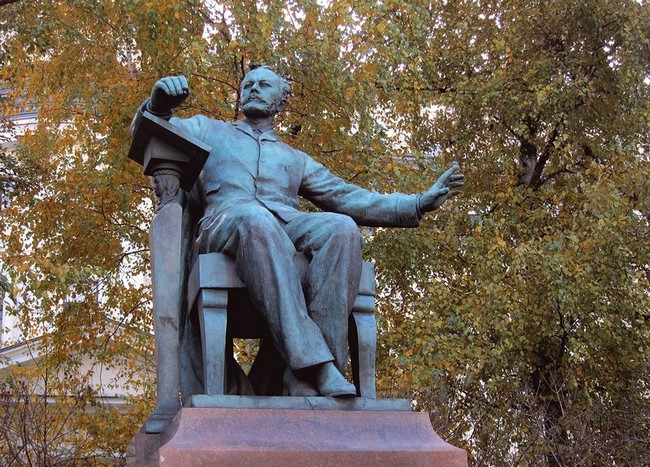 Creation of Vera Mukhina – a monument to the great composer Tchaikovsky decorates the capital since 1954. Alas, the author did not see his creation on the podium, as he died about a year before the monument. The composer is depicted in a moment of inspired impulse: in one hand, his pencil, left, apparently, counts the rhythm of a song born in this moment.

Many will be interested to see and museums of Moscow. Follow the link – you will not regret.