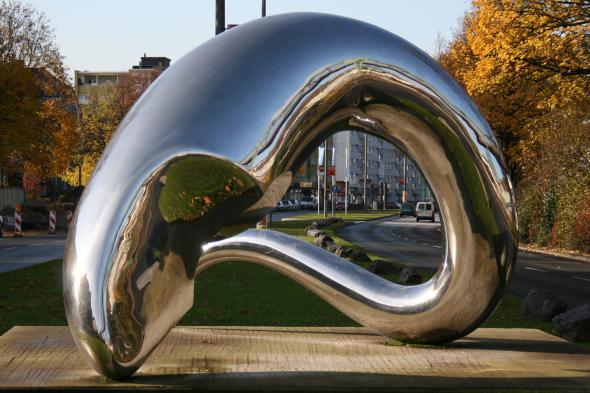 The imagination of sculptors, especially today, there is no limit. Postmodernism gives absolute freedom in the embodiment of fantasy and artistic ideas. Many of the works do filled with meaning, difficult to understand and deserve serious analysis, but most often the authors throw himself from an ironic perception of the consumer society, protesting against the traditional moral principles of conservatism, etc.
Perhaps you cannot find a country that doesn’t have at least one sculpture that does not fit into any frame of reference for traditional art. 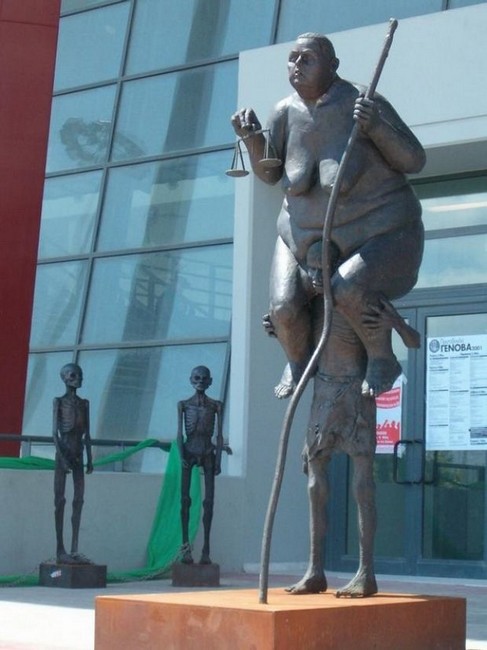 Jens Galliot adorned the streets of Copenhagen with their song “Bureaucratic justice”. Passers-by with astonishment perceive is unusual, but full civil position of the artist, the work. Ugly fat Nude lady with weights in hands sits on the shoulders of a starving African. The sculpture is essentially a protest against the double standards of globalization, the imposition of the only correct point of view. 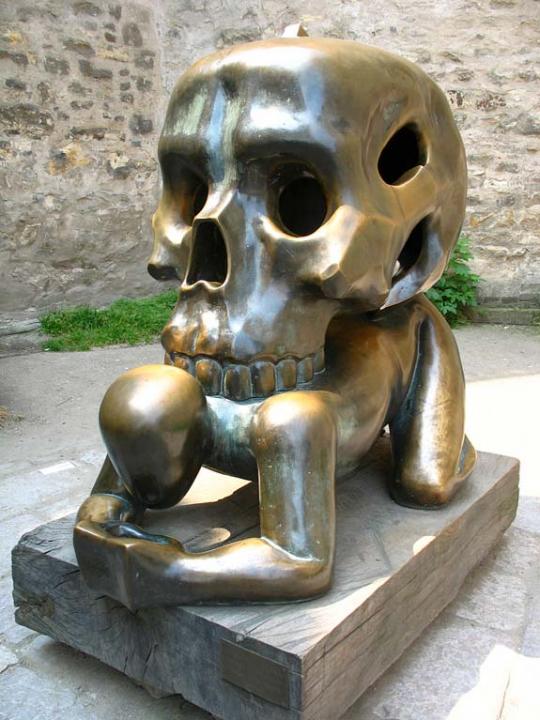 The work of Jaroslav Rona “Figure with a skull”, which is located in the Czech town of Mikulov, established to once again remind people of the impermanence of life and inevitability of death. 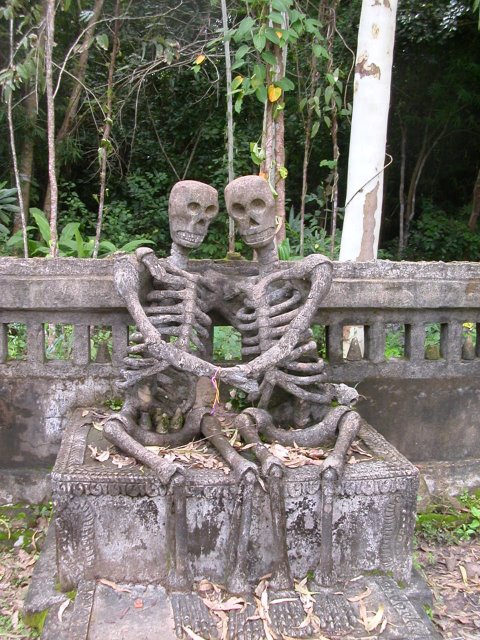 Touching and lyrical “Loving skeletons” in the Thai town of Nong Kai. Love immortal – the author claims in such an unusual way. 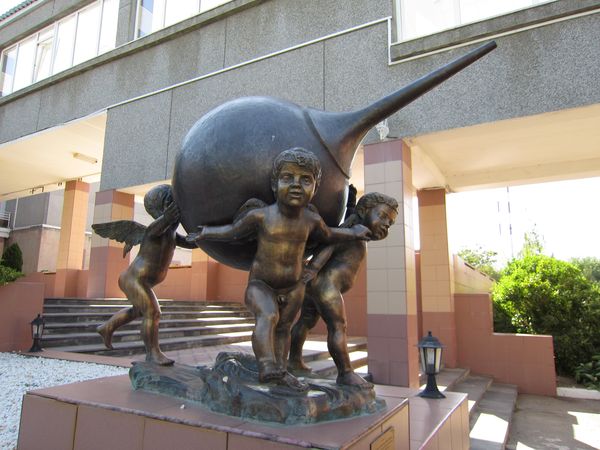 Russia is also full of unusual sculptures and monuments. Take, for example, “a monument to the enema” in Zheleznovodsk! A happy, healthy and grateful children, like a little Atlanta, holding on his shoulders a giant bronze enema. It is symbolic that the sculpture stands on the territory of the sanatorium. However, the idea of the author cannot fail to surprise. 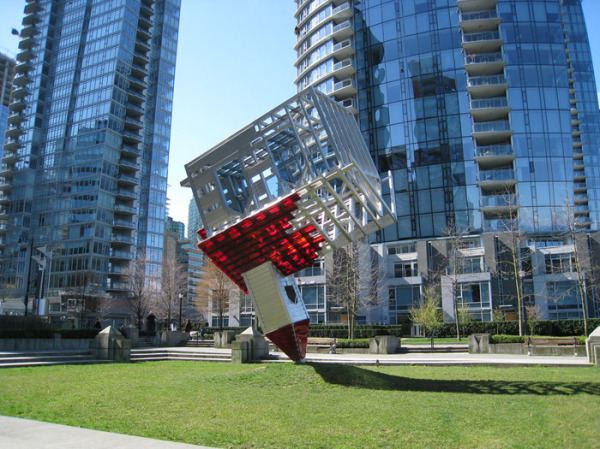 The sculpture of Dennis Oppenheim is an inverted Church, its tower piercing into the ground. The author’s name does not allow to understand the author’s idea: “a Device for the eradication of evil.” 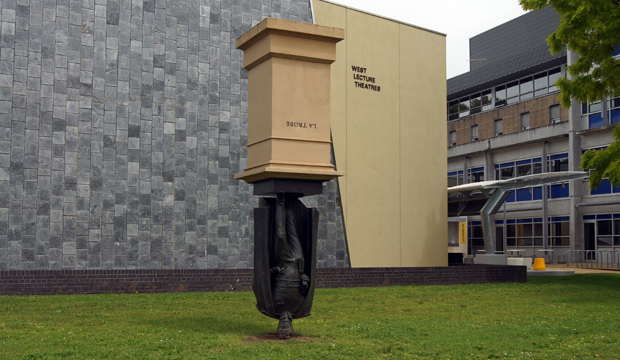 Surprised the statue of Governor La Trobe in Melbourne. Quite a traditional sculpture on a pedestal. Unusual is that the monument was erected “on the contrary”: the prop is in the head of the sculpture and the monument is hanging in the air. Most likely the author alludes to the geographical position of Australia from the point of view of Europeans. Though it is not clear what does the Governor? 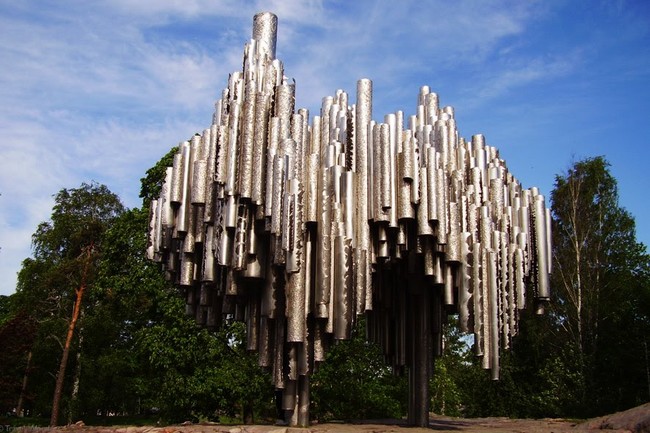 Outside the box came Finnish artist Eila Hiltunen to the creation of the monument to Sibelius – 600 steel tubes welded together. At the opening of this miracle of modern art was attended by the entire political elite of Finland. The ceremony almost ended in scandal, but the sculpture still stands today.

Millennium Park in Chicago is known for several attractions, but the most favorite pastime of tourists and residents to be photographed next to “Mirrored Bob.” In fact, the sculpture is called “cloud gate”. The author of this miracle – Anish Kapoor – conceived sculpture in the form of mercury drops, falling to the ground. It turned out something else the townspeople called it a work of “Bob”. 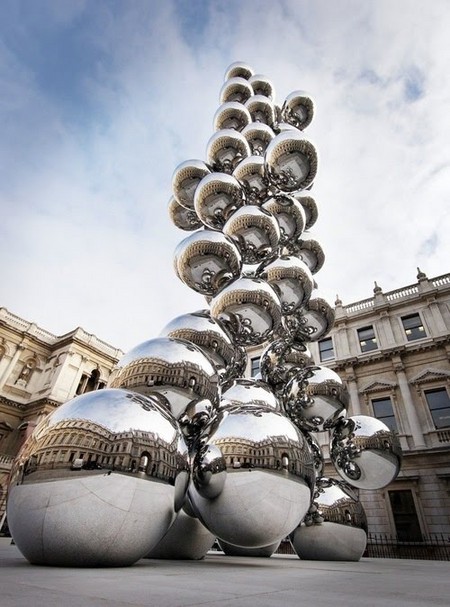 The same author not so long ago “pleased” the public a new work – “Tall tree and the eye”. A high tower of mirror balls, installed in the courtyard of the Royal Academy of arts, is not the only unusual sculpture, but also a monument to engineering and progress in the chemical industry. The fact is that the spheres are made of a strange metal alloy, characterized by resistance to oxidation, so the sculpture is always spotless mirror. And the design is held by the mounts, made outside the box.