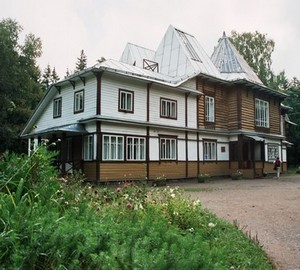 In 1899, Repin bought the estate “Penates”, which is officially after the purchase, was owned by N. B. Nordman, and will, after her death, Repin passed into the possession of the Academy of arts, and in the house was to be opened Museum.

In the “Penates” Repin lived for about 30 years. In the house there was nothing superfluous and extravagant, although the house had a bizarre shape. The meaning of his life was art, and he worked in this house in peace and quiet, not much cut off from the rest of the world. 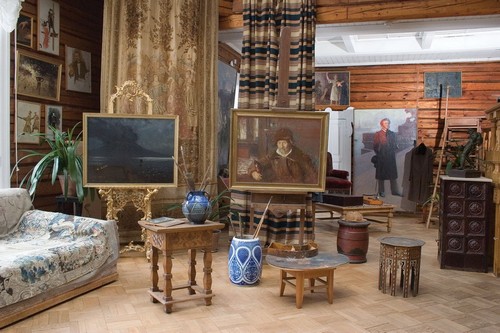 “Hearth and home” – in translation from Latin means home. Yes, this house has become so native to Repin that he didn’t want him to leave when he closed the border with Finland in 1918. So he lived the remainder of his years in the estate, and died in 1930 September 29 at HOMESTEAD. In it, he was buried according to his will. 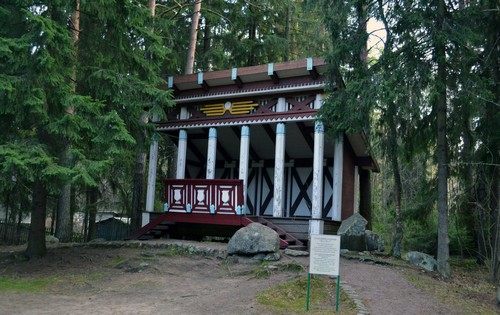 The “Land” has its own destiny, which is not less interesting over the fate of Repin. After buying a house Repin myself it was finished, as it was completely unsuitable for photography. Repin he completed the summer and winter workshop, and has also constructed various outbuildings. After the outbreak of the second world war all the exhibits from the estate was successfully removed, but unfortunately, after her graduation from the farmstead did not disappeared. June 24, 1962 a new building was erected, which still bears the name of the Museum-estate “Penaty”.

An interesting thing happened one day at the manor. It was visited by Mayakovsky, as evidenced by the photo in the Museum, where Mayakovsky, Chukovsky photographed in the dining room of the house. Repin like Mayakovsky, as well as the fact that he drew a lot. In the “Land” between them there was a kind of “duel” – they both drew each other. 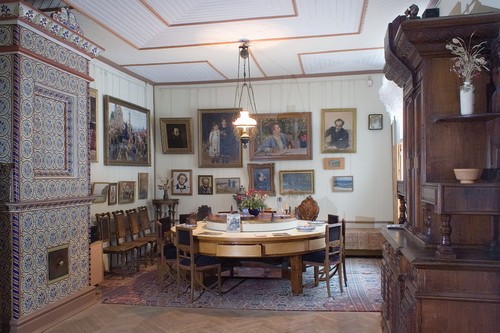 In the house you can see many interesting and unique study of the artist, the veranda, which was the first workshop Repin. Also in the front you can see the unique table, the middle of which can spin. The second floor has shops, very bright and with large Windows. Near the house there is a beautiful Park, which has ponds, a well, an intricate gazebo. In the heart of the Park is buried Ilya Efimovich Repin.