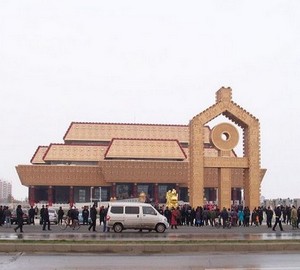 One of the things, of course, China is famous for is his writing. Chinese writing refers to ideographic writing. The exact age of Chinese writing is not defined, however, it was suggested that it appeared about 4-5 thousand years ago. Such a letter is considered a real art, it is not surprising that the Chinese people have given to this tribute, and so there was a Museum of Chinese characters. He appeared recently in 2009. This Museum is located in Anyang, in Henan province. Place the opening of the Museum chosen by chance: it was here at the turn of XIX – XX centuries found the most ancient monuments of Chinese writing. The hieroglyphics on the sign of the Museum made the 5th President of the PRC.

The architecture of the building of the Museum of Chinese characters is performed in a post-modernist style, combining modern trends and traditions of the Shang dynasty.

The Museum consists of two buildings. The first building covers an area of 22 700 square meters. Consists of a main hall, the square and the so-called Character Arch (Character Archway). This building is used primarily for exhibitions, cultural collections and various presentations. The second building has an area of 32,000 square meters. Here is a scientific research center, a research and outreach center, hall study of the records of oracles, the text of the exhibition, the exhibition centre and parks culture and the arts. 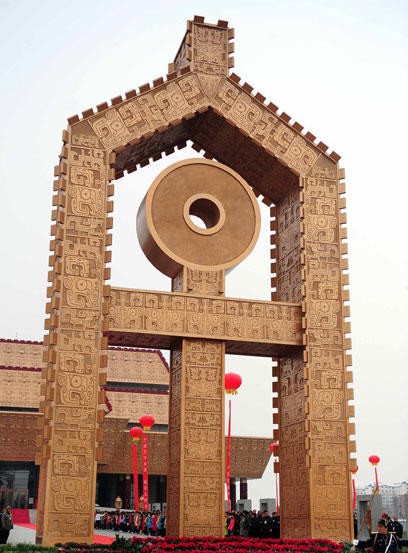 However, the first thing that jumps out at you, it’s still a Character Arch. We can say that is the calling card of the Museum of Chinese characters. And it’s not just a random whim of architects. Exactly the arch was an important structure in ancient China. Arch this is almost 20 meters long and 10 meters wide. Presented in the form of the character for the character and in the style of ancient inscriptions on bones and bronze. 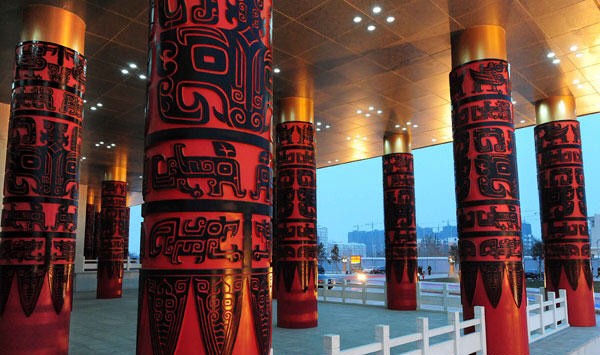 The main part of the Museum consists of three floors, comprises entrance hall, main screen, theme screen and special exhibitions. The Museum is based on three main principles: closer to reality, closer to life and closer to people. This allows you to not just show the appearance and development of Chinese characters, but also helps the visitors to interact with the Museum. 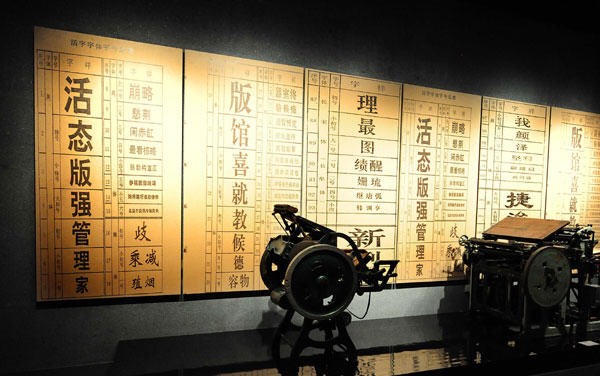 The hall occupies the first floor. The style implies a concept of “Round sky and Square earth”. The images show the development history of Chinese characters, Chinese calligraphy, amazing discoveries Oracle bones and the development of characters from ethnic minorities.

Themed display located in North hall on the first floor dedicated to the Oracle bones, their discovery and interpretation. 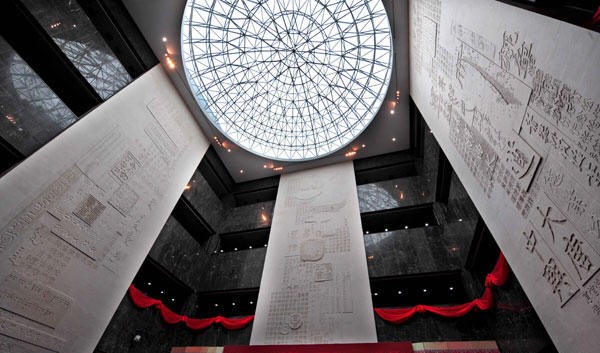 The Museum gives a great opportunity to touch thousands of history of Chinese writing.