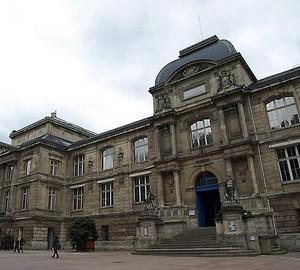 Museum of fine arts in Rouen has started to exist since 1789, when France ceased to be a monarchy and all works of art were nationalized. The decree of 1790, he ordered a specially created Commission, conduct an inventory of all cultural values and distribute them to museums and galleries. Of course, it is not surprising that most of the paintings and artifacts remained in Paris, at the Louvre. The remaining paintings were distributed to provincial museums.

Rouen owe the creation of the Museum two talented people – Lemonnier and Le Carpentier. Thanks to the efforts of these two artists, we can now watch the Museum of fine arts in Rouen.

Since 1974, most of the paintings from the Museum of Rouen returned to their owners, as France again became a monarchy. But still some pictures left in the Museum because the owners of the paintings it was impossible to find (someone ran off when there was a revolution, and someone just executed). 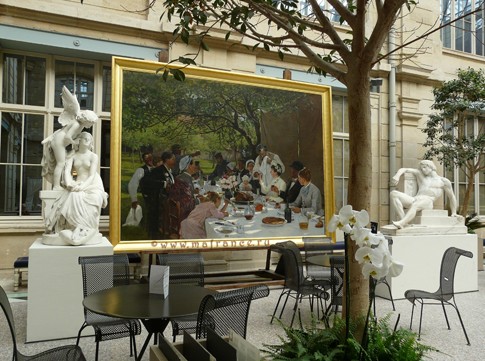 During the campaigns of Napoleon in French museums begins the so-called stage of “secondary accumulation“. Of those countries that occupied Napoleon, of France flooded with the most magnificent cultural values, most of which again went to the Louvre (read the article “What made the Louvre Napoleon”).

In 1801, the French government issued a decree on the creation of 15 museums in most major cities of the country. Rouen was included in that number, the official representative of which was Lemonnier, living while in Paris. It was assigned to lead this operation. Lemonnier did not lose time, and soon the 38 paintings from the Louvre, went to Rouen, what complements it is already not a small collection.

Visit the Museum of fine arts in Rouen, was in July 1809. When Napoleon was overthrown, some of them returned to other European countries to their hosts. But the Museum in Rouen is almost not affected. From his collection seized only three pictures. But this loss was completely invisible, as the Museum collection was supplemented by various private gifts and paintings brought from Paris. So, in 1876, due to the fact that the place for the exposition of the Museum was not enough, a decision was made on the construction of a new building for the Museum, which was built only 12 years later.

And in 1888, the people of France were able to visit the Museum of fine arts in the new building, which, it should be noted, was much larger and could accommodate almost all the exhibits in their halls. In the Museum visitors will find paintings Dating from the 15th century, but there are also works by contemporary artists.

The greatest pride of Rouen Museum of fine arts is a collection of paintings by Theodore Gericault. Admirers of this painter should be invited to Rouen, although the Louvre has the 7 most famous paintings of Gericault, but his other works are here in Rouen.