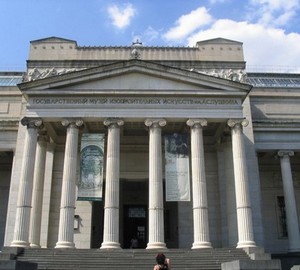 This Museum was opened in 1912 Building, built by the architect R. I. Klein became one of the most beautiful in the Russian capital, with a façade decorated with columns in the Greek style, and a staircase of pink marble. The founder and first Director of the new Museum was the famous philologist and art historian Ivan Vladimirovich Tsvetayev (1847-1913), the father of Russian poet Marina Tsvetaeva. He managed to attract donations for the construction of the Museum. And the main patron was the owner of glass works of Yu. s. Nechaev-Maltsev. 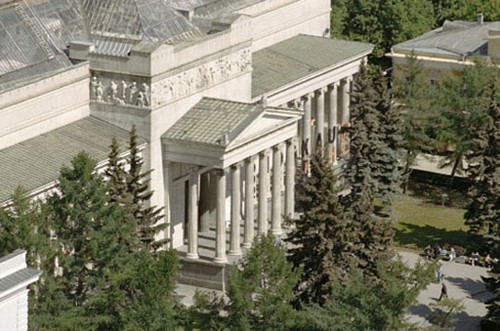 Initially, the basis of collections made plaster casts from famous sculptures from ancient times to the Renaissance. Since the founding of the Museum and the rich Egyptian collection of authentic monuments of culture and art of Ancient Egypt, owned by the Russian scientist V. S. Golenishchev.

Gradually, the Museum has gathered a fine collection of Western European painting and sculpture of the XII—XX centuries Amounted to her private collections of Russian collectors, and a number of paintings transferred to the Hermitage Museum. Now here are the works of Italian, Spanish, Dutch, Flemish, English, French artists. 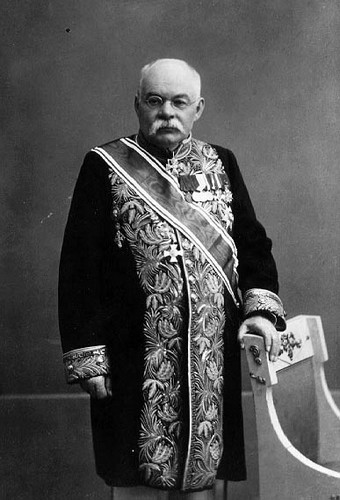 The Museum is especially famous for large collection of works by the French Impressionists. The fact that some of the Russian collectors in the last third of the nineteenth century, for example, entrepreneurs M. A. Morozov, S. I. Shchukin, S. I. Mamontov, bought the painting of young French Impressionists when they were absolutely unknown. Now the names of these famous masters: Claude Monet, Auguste Renoir, Edgar Degas, Camille Pissarro, Paul Cezanne, Alfred Sisley…

Now the State Museum of fine arts named after as Pushkin, the basis of the huge collection which made these private collections, the envy of many famous French museums.