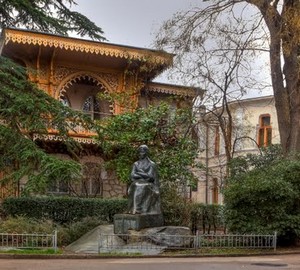 The Crimean region is not only famous for its comfortable climate and beautiful nature, but also a huge number of cultural places that keep the history of hundreds of generations. One such place is the Museum of the talented Ukrainian poetess Lesya Ukrainka. This Museum is located in Yalta and is one of four museums dedicated to the talent of a famous writer. The other three Museum is located in Kiev, Novograd-the Volynsk and the village Well, and also have a soy unique history.

Oddly enough, the heaviest share fell on the shoulders of a young Yalta Museum. It is known that the poet lived only forty-two years, three years of her life she spent in the Crimea, and two of them directly in Yalta. It was here Lesya Ukrainka wrote their great works: “Over the sea,” “Crimean reviews”, “Crimean memories”, “Cassandra” and many others.

In the early twentieth century was created by a group of admirers of the famous writer, with the aim to open a Museum dedicated to her anniversary. In group to create the Museum was part of completely different people, among them were historians, and creative personality. Among them was even one of the disciples of the poet Nikolay Okhrimenko. All these people were guided by one goal – commemoration of Lesia Ukrainka.

First results of the group work was, the erection of the monument to Lesya Ukrainka and the installation of a memorial plaque on the wall of the house in which she lived in the distant 1897. The basis for the monument it was decided to make blocks of diabase, which have been specially raised from the seabed. A well-known sculptor Galina Kalchenko has actually created the very image of the poet, which to date is sitting on the beach with a wistful look. 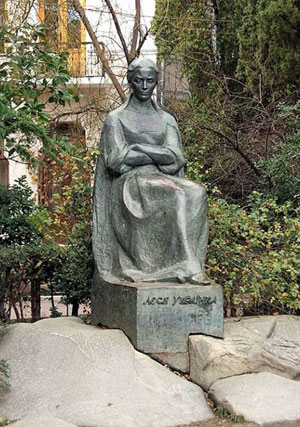 However, after all this had some problems caused by the protests of the intelligentsia of the seventies. And instead of a Museum in memory of Lesya Ukrainka was opened Museum “of pre-revolutionary culture.” After a complete restoration of the house still managed to organize the exhibition dedicated to the 120th anniversary of Lesya Ukrainka. It happened in 1991 during the collapse of the Soviet Union. Soon, under the long pressure of the enlightenment movement, was opened and actually the Museum itself, by assigning the exposure of Lesya Ukrainka – the title of the Museum to her memory.

The main purpose of the Museum was of course not only the knowledge of different things of that era, and the delicate scientific and educational work of the entire population. Thanks to the efforts of enthusiasts, in 2003, was created a new exposition under the name “Logicamente”. Name first sight strange, but it is so dubbed Lesya Ukrainka flower Edelweiss. In addition, many critics of the period in the life of Lesja Ukrainka, called her this nickname, emphasizing her strong-willed and strong nature. 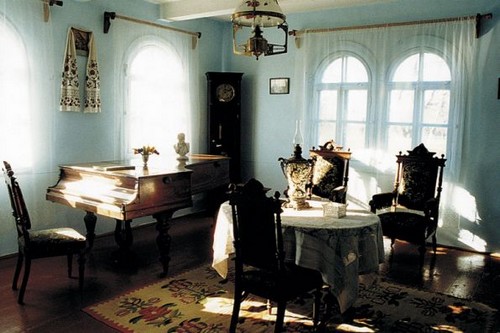 In fact, the Museum is directly furniture of the period and virtually all household items. And the presence of first-aid kit sad voice reminds the visitor about the severe illness of the poet, which she had endured. When Lesia was able to overcome the disease, she constantly went to the library, which was close by. Often she read the latest news and memoir literature, and in different languages. It is important to note that while the Museum operated by the local school.