Museum of literature, Odessa, Ukraine – location on the map and description 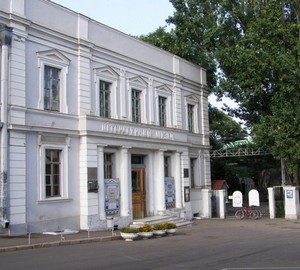 Odessa! By this time the city was still young, he is only two hundred years, but what a history is folded about it. How many songs invented different tales, poems… you name it. The impression that the city lives a double life: one real and the other literary. Here is the second part is to elaborate.

There are in Odessa Literary Museum. Its history goes far back to the nineteenth century. The date of establishment of the Museum is 1977, and the first visitors appeared only in 1984.

The Museum was housed in an old nineteenth century building that is an architectural monument. This building was once home to Prince Dmitry Ivanovich Gagarin with his wife Sofia Petrovna. Gagarin belonged to the members of the highest aristocratic circles of Russia. The building is a Palace, the construction of which the architect Ludwig Otton. The interior of the Palace is made in combination of Baroque and classicism. But they do not interfere with each other, and in harmony. In that period of time in the South of the Russian Empire such methods of architectural treatment was sought-after fashion and even got their assessment of “free southern eclectic”. 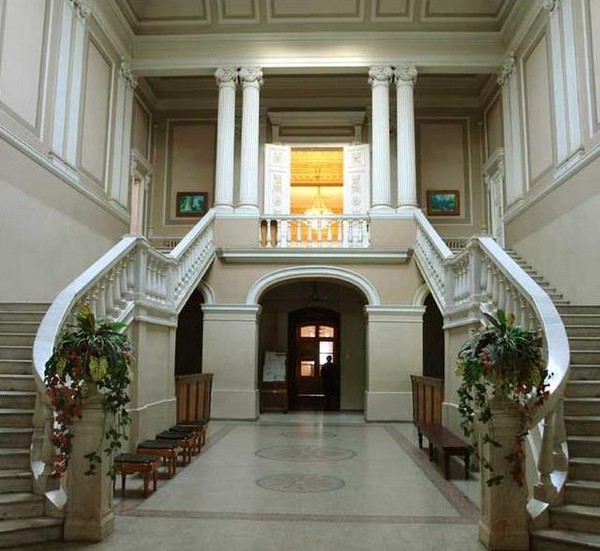 The organizers of the Museum wanted to keep the historical interior of the Palace in its original form, so the design of expositions conducted by the famous Ukrainian designer, laureate of the prize named after T. G. Shevchenko, the artist A. V. Gaydamak.

To make the exposition of the documents and written symbols (books, Newspapers, manuscripts, magazines) more vivid and interesting for visitors, the organizers of the Museum had to put personal belongings and photographs of the writers, various household items or other time period history. Was a very good combination of literary-historical content and bright artistic solutions.

The exhibition includes more than three hundred names of writers of various levels and creativity. There were presented the works of Pushkin, Kotlyarevsky, Mickiewicz, Gogol, Chekhov, Tolstoy. Nearby are works by Bunin, Kotsyubinsky, Franko, Lesia Ukrainka, Akhmatova, Sholem Aleichem, Babel, and many other prominent writers. In the exhibition there are works of authors of the “second plan”, which played no small role in the revival of national culture. 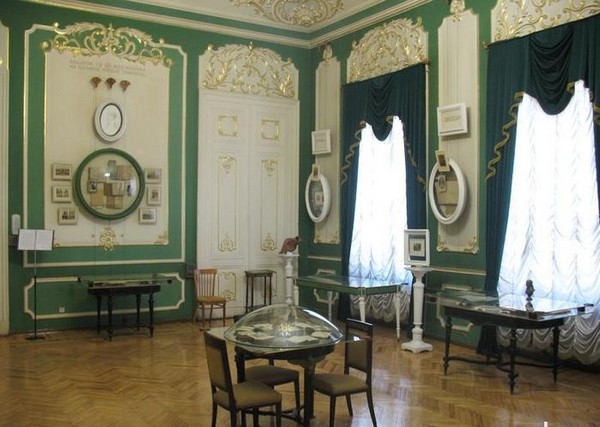 Twenty great halls of the Palace Museum tells the audience about the chronological literary history of Odessa, showing the atmosphere of the life of a certain era and reveals the legends and secrets of the city on the Black sea.

The Museum has a magnificent Grand Golden hall, where the brilliant interior, superb acoustics, allowing for the best chamber music concerts. Here are literary exhibitions, presentations of books the best of writers of Ukraine, various conferences and events. The Museum has become a cultural centre and a business card of Odessa.

Odessa is the Odessa unless there’s some raisins. Here is the Museum continued its long tradition of Odessa yards and was equipped with a small courtyard in the Italian style. Here is thirteen sculptures, making the yard became known as the sculpture garden. Sculpture of the exposition done in a humorous style and dedicated writers, and characters in myths and folklore. For example, very organic looking sculpture of Odessa Michael Zhvanetsky or Bone fisherman and fisherwoman Sonya. 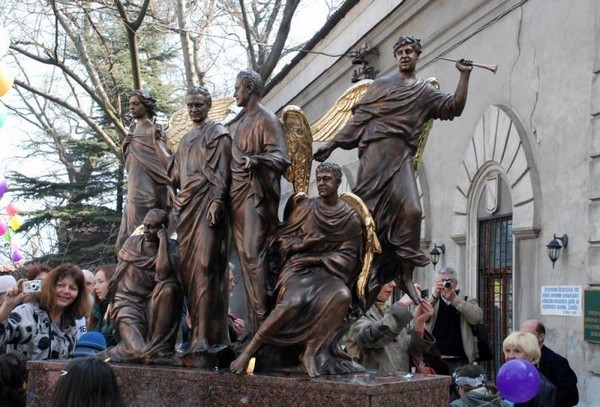 For 15 years, the sculpture Garden of the literature Museum is traditionally April 1, it admits another new sculptural composition. This ceremony has become a good tradition.