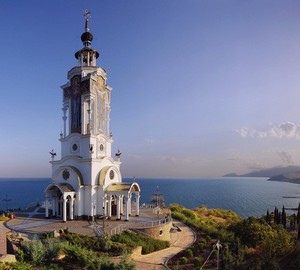 Black sea coast of Crimea has a rich history in the construction of museums, monuments. Is no exception and the Museum of Maritime disasters. The world’s only memorial complex dedicated to the memory of the dead people in the sea at different time periods. The Museum is located in a picturesque corner of the village of Malorechenskoye near Alushta. The location of the Museum was not chosen randomly, it is just at such a bustling place that almost every tourist, passing on the southern coast of the Crimea, definitely wraps up Belorechensk. The attention of tourists attracts a weird building in the shape of a ship with deck, above which rises the Church. If you watch from the sidelines, it seems that the Church is floating on the waves of the black sea.

The Museum is a ship, the deck which houses a Museum. The Windows of the Museum are in the shape of portholes. The design of the Museum works by famous artists of the Crimea and Chernihiv. 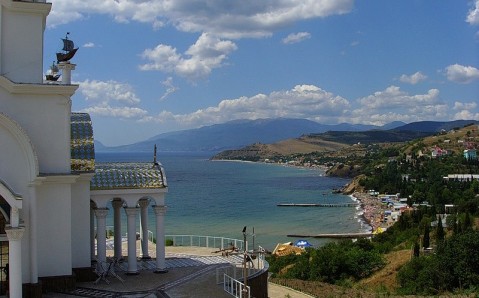 The design of the facade of murals with its colourful mosaics. Such beauty can be seen from very far distances, as it is located on a high cliff, which would have hung over the sea, creating the illusion of floating temple. The project was designed by the renowned architect of Ukraine Alexander Gaydamak, who has more than a dozen projects on the construction of temples not only in Ukraine and CIS countries but also in Yugoslavia.

At the top of the dome is a large globe framed by a gold leaf that is the symbolism of our planet. Above it rises a large Central cross. An interesting point is that the architect has created a lighthouse lantern in the globe that delights visitors. The interior of the temple was done in a nautical theme, decorated the walls of the anchor chains and anchors. Gazebo overlooking the edge of a cliff, reminiscent of the flying Dutchman: here and sail, and the bridge, standing on which, you feel any character from the pirate movies. Salty warm air, a light sea breeze give the dreams and the memories even more effect. 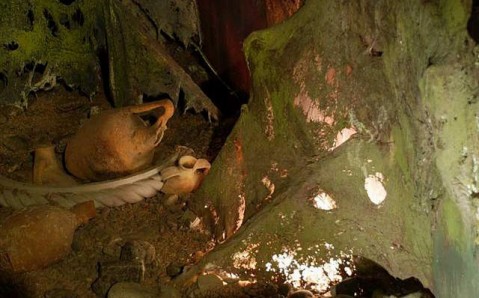 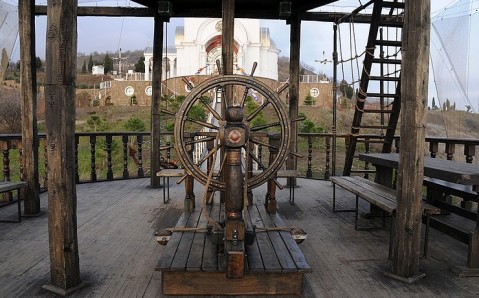 In every room design made in the likeness of the sea bottom on which to place an old anchor, weapon, raised from the bottom of the sea, clothing for sailors, equipment, preserved remains from sunken ships. The entire interior of the halls is reminiscent of the scene at the bottom of the Black sea. The constant buzz of water, dark room with the scraps and wreckage of boats and equipment as if overgrown in algae and silt, creating a very emotional experience. In other words, the view on the back is shaking, and the soul – the horror. Complement this horrible constant videos and films about Maritime disasters.

As if, ironically, the Museum has thirteen exhibition halls. They all tell of a terrible marine catastrophes. So a visit to the Museum – Hiking is not for the faint of heart!