Museum Of Military-Air Forces Of Russia 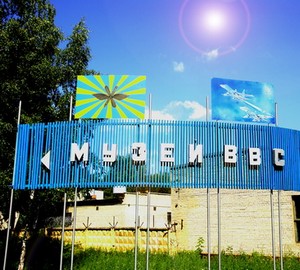 And sometimes, the exhibits arrive at the Museum by air. Hard to believe? But the main exposition of the Museum of Military-Air forces of Russia, located in the suburban Monino, are the real planes of different times, from the first days of aviation to the last. So some of them, of course, those that are more modern, such as “MiGs” and “su”, really came to the exhibition. 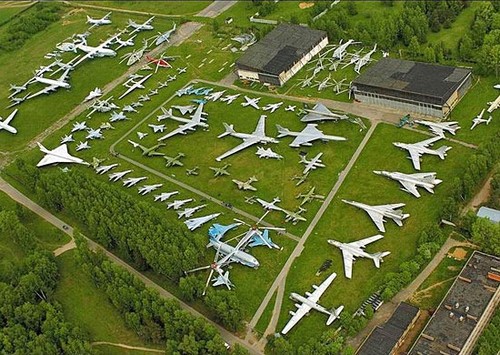 The location for such a Museum was not chosen by chance: Monino — the aviation city. Here is the famous Air force Academy named after Yuri Gagarin, where he received higher military education many pilots of our country. The Academy airfield and its hangars became the main Museum venues. And the glory of the air force Museum, existing since 1960, have long and deservedly is all over the world.

In one of the Museum’s hangars to see aircraft, even fought on the fronts of the First world war — scout “Voisin” fighter “sopvich“. In our days they look pretty funny: the “Soplica” three wing, and the “Voisin” something like… a baby carriage, only with wings.

And next to them are even more “ancient” design aircraft “Farman-IV” issued in 1909, designed by the famous French engineer and pilot Henri Farman. The pilot’s seat and the passenger does not locked, and the whole control system consists of two levers and two foot pedals. On such aircraft and rose into the air, the first Russian pilots M. N. Efimov, SI. Utochkin, L. V. Zvereva.

The history of this Museum exhibit is extraordinary. The fact that none of the marque did not survive to the present day. But when filmmakers in the 1970-ies decided to shoot the film “the Balloonist” about the first Russian aviators, I decided to re-build a real, able to fly “Farman”. Addressed to the specialists of the Museum of the air force for detailed technical descriptions of the lost model and it really made an exact copy of a real aircraft.

Cinematic “Farman” during the filming of the movie 64 times up in the air! And in all fairness took its place in the air force Museum. And let it not be real, but expertly made up, but she filled one of the gaps in the exposition.

And among the original planes are in the air force Museum, the hero of heroes — the fighter La-7 number 27 on the fuselage. This is one of those combat vehicles, which fly three times hero of the Soviet Union Ivan Kozhedubshot down 62 enemy fighters.

Outside on the same floor housed dozens of other exhibits – the aircraft for the different, non-repeating marks. Raises his sharp nose to the sky, the strategic supersonic bomber M-50. Froze, as if waiting for the command to start, the fighters MiG-17, MiG-19, Yak-25. Stretched slender body of the aircraft record E-166, which was set several speed records flying. Here jet bomber Tu-16, high-altitude reconnaissance plane Yak-25 RV, jet fighter La-250…

Some cars stately, others sleek and light, differently arranged wings, the propeller replace the turbine. But in all the guess hard work of designers, searching the right and best decisions, the skill of the pilots who taught machines to fly. So the exposition of the air force Museum in Monino is the best evidence of the fact that in Russia we have created the planes, which were often the first for some indicators, defined further development of world aviation. We believe that this will continue!