Museum of national architecture and life in Pirogovo, Ukraine 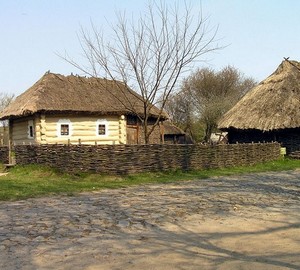 The national Museum of architecture, located near the village of Pirogovo, located near Kiev, the people affectionately called: “Museum storage room under the open sky”. And not without reason, this is the name of the Museum more than forty years. Surprised by the space and identity of the territory, which stretched on the area of 150 hectares, where located more than three hundred different items, brought from different corners of Ukraine. An amazing feature of the Museum is that it is not in the premises or the buildings and on the street, under the open sky. 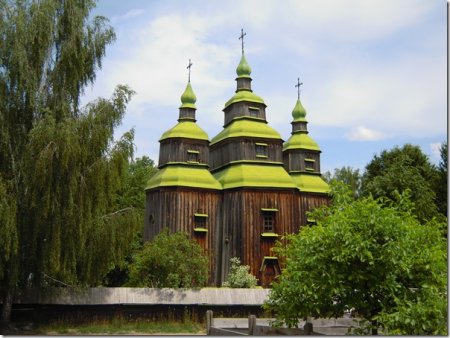 Back in 1969, from Kiev, Petro Tronko had the idea to create a national Museum of architecture and life, to show people a long era the life of the Ukrainian people. And his idea is successfully translated into reality. Seven years of hard work the Museum staff managed to find it, deliver it to the Museum and restored in its original form over two hundred buildings from different historical periods of the Renaissance of Ukraine. For readability I tried to match the regions. Of course, not all buildings have survived, partly had to restore them, some were restored according to the photos or descriptions. In addition to the buildings of the Museum experts have filled it with ethnographic exhibits, which the Museum is about 40,000. Each visitor can see a traditional Ukrainian costumes, fabrics, various national embroidery, stitched rugs. Many of the products from ceramics, wood, pleasing to the eye items from vintage glass, beautiful metal utensils. 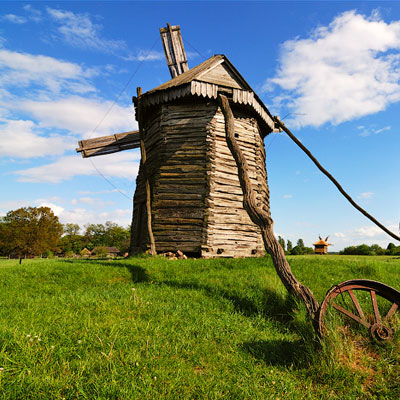 The most valuable and, most importantly, real, is considered a Ukrainian hut, which dates back to 1587 godly. It can accommodate one person. Inside the hut is recreated everyday objects of the ancient Ukrainian. It was carefully restored and transferred to the Museum, where it occupies the place of honor.

The entire territory of the Museum as it is divided into regions, with its lifestyle and architecture. So more clearly observe the history of culture of the Ukrainian people, three-century period of life. 3-4 hour tour you will walk through beautiful villages of Polissya, Carpathians, Poltava, Podol, will visit southern Ukraine, the left Bank, walk through Bukovina and Slobozhanschyna, visit an old Church. By the way, the restored Church are still there, you can visit the Church or attend the wedding ceremony. In the churches of ancient icons give the perception of art on a special meaning.

The main feature of the Museum of architecture and life of Ukraine from other museums around the world are theatrical performances and festivities, which none of the world powers.

The national Museum in Pirogovo got a huge popularity among tourists. Come here on a tour from all over the world. Guides speak many languages, so the problems of getting acquainted with the history of Ukrainian culture from foreigners does not occur.