Museum of Roman civilization in Rome 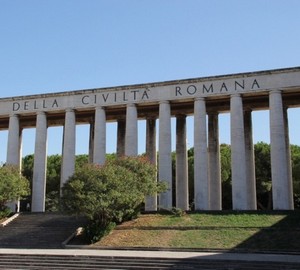 Almost every major European Museum has a collection of artifacts related to the era of ancient Rome. Almost all these collection are fragmented and do not give an overall impression of an ancient civilization. The most comprehensive exposition highlighting the antique, offers the Museum of Roman civilization (Museo della Civita Romana) in the capital of Italy.

The Museum is located in the southern part of the Eternal city, close to important traffic arteries Via Colombo. The nearest metro station Fermi. Nearby is a sports complex “Three fountains” and the Congress Palace.

The area of the Museum is huge. If visiting this establishment you have a partial hour, it is not necessary to go there. Complete the visit with inspection of all rooms takes two to four hours. 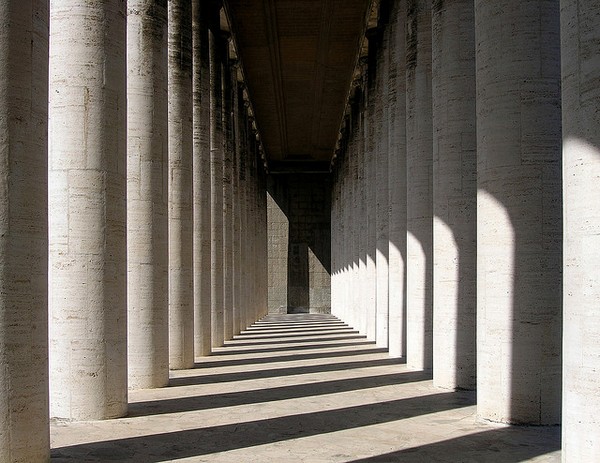 Conventionally, the whole exposition can be divided into three parts. Part one – a history of Rome from the building of the city, to the great Empire. Presents the ancient architecture and sculpture. Fragments of the once majestic buildings (palaces, triumphal arches, temples). Sculptures of emperors, ancient gods, numerous sculptural portraits. In addition to the originals, in the Museum’s collection, many lovingly restored exhibits exact copies. 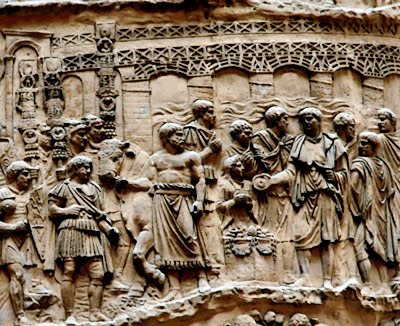 Special interest of visitors cause the reliefs of the famous Trajan’s column, arch of Constantine, and restored the interiors of the temple, libraries and living quarters of the palaces and villas. Separate rooms are devoted to Julius Caesar, Augustus, and the family of the Julio-Claudian.

Separate halls tell about the weapons of the Roman army, as well as models of the most famous buildings, the city plans in ancient time.
An exhibition dedicated to the beginnings of Christianity in Rome, offers a collection of ancient tombstones, inscriptions. There are several restored sarcophagi. 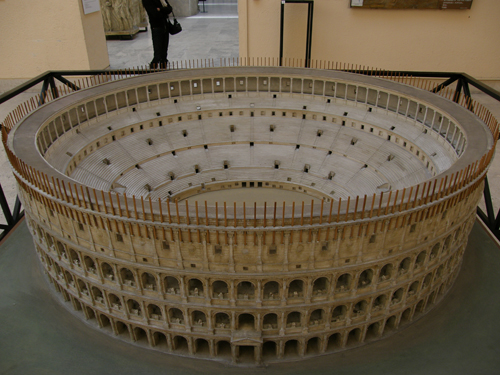 The second part of the Museum dedicated to the life and activities of the Romans of the era of the Republic and the Empire. Each room is dedicated to a separate theme: school, law, life, libraries, music, entertainment, etc. Is meeting, presenting the science and literature of Rome, about medicine and agriculture, industry and hunting. 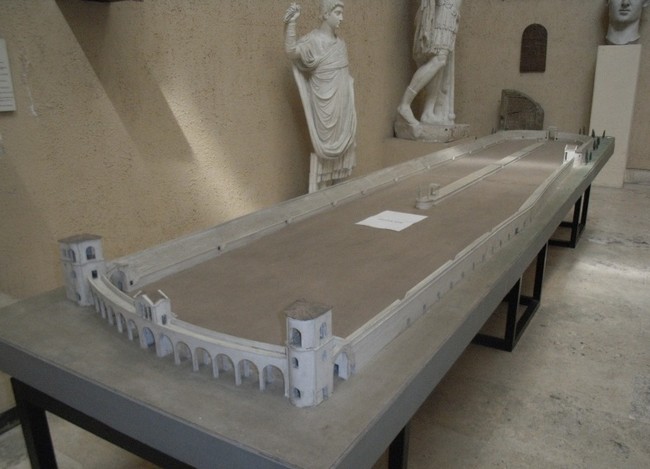 The third part of the Museum – a huge model of Rome in the heyday of the Empire at a scale of 1:250. The layout was created on the basis of archaeological excavations and ancient sources.

The unusual placement of the exhibits in the halls, comprehensive information in the guide, skilled guides are attracted to the Museum a large number of tourists. A special program is provided for children. In the Museum shop a huge number of books, postcards and CDs with videos.

Currently, the Museum is closed for renovation and reconstruction. After the opening visitors, in addition to the previous exhibits can make use of numerous electronic devices for information, watching videos, etc.