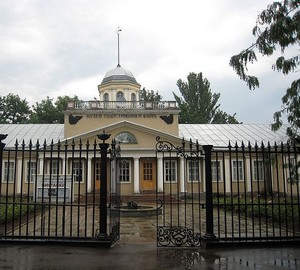 Ukraine is rich in various museums. I want to tell about Museum of shipbuilding and fleet in Nikolaev city. It is located on Admiralskaya street, in the city of Nikolaev. Admiral street is rich in historical monuments, no matter where you turn, everywhere you hit any historic site or monument and Museum. The whole atmosphere of the street is filled with history. For example, the naval Museum located in the former residence of the commanders of the black sea fleet, and the building was built in the late nineteenth century and classified as a historic monument. Therefore, it was given to the Museum of shipbuilding.

Nikolaev – city of shipbuilding of the black sea fleet, which over the years has accumulated a large number of various rare material. There is a question about creating a Museum to preserve the history of the revival of shipbuilding in Ukraine. The management of the Nikolaev Executive Committee in 1973, a decision was made on transfer of the old mansion for use under the fleet Museum. Design of interior decoration of the engaged artists of the Nikolaev Art Fund, and over the selection of exhibits worked the whole guard of the scientific staff of the regional Museum.

In celebration of the Navy in 1978 took place the solemn opening of the memorial monument and Museum in one person, devoted to shipbuilding and fleet. The Museum still operates.

Now there are over three thousand different items. They are all well placed in the fourteen halls of the Museum. Here you can admire the models of the first ships built at the local shipyard, to the latest modern models. All of the available supporting documents. Unique are considered to be fragments lifted boats from the Ukrainian rivers and the Black sea, which was built in the nineteenth century.

Some halls dedicated to exhibitions of unique collections of ancient weapons of the past centuries. Here presented pistols, swords, halberds, mortars and other artifacts. Inhabitants of Nikolaev is also actively involved on updating the old collections of the Museum, they bring free of charge unique Antiques, was kept at home more than one hundred years.

In General, the Museum in his image is reminiscent of former St. Petersburg Admiralty. Here also there was a big dome for the Observatory, which entertained Admiral Greig. Even can not imagine that such a mighty man as mater of Admiral Greig will be away with the stars. He was a big fan of observing the starry sky and later became a patron of the arts in the construction of a new large Observatory in Nikolaev. 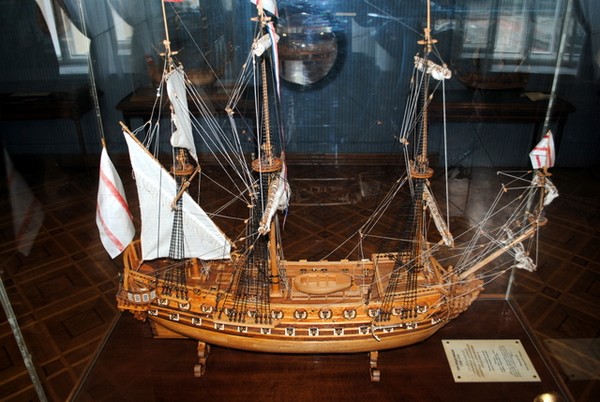 Today the Museum has more than eight thousand exhibits, telling about the history of the city, about the construction at the Nikolayev shipyard, the first ships of the nineteenth century. The narrative is decorated in a scenic dioramas talented artist, laureate of state prize of T. G. Shevchenko, V. Semernev.

Very colorful look model of the yacht “Icarus”, or memorial busts of famous admirals and heroes of the fleet. Visit the Museum and you will not regret it!