Any of you ever been in a salt cave? If not, then you have lost a lot. There is one inconspicuous place that is not far from Donetsk, a provincial town called Soledar. The population there is little, only about twelve thousand, and special attractions also. However, there is one place that is worth a look, but you can only get there going down deep into the earth. And called it a fascinating place – the Museum of salt industry. Salt cave located at a depth of more than three hundred meters from the ground level. This underground mining mine No. 33, enterprise “Artemsol”. 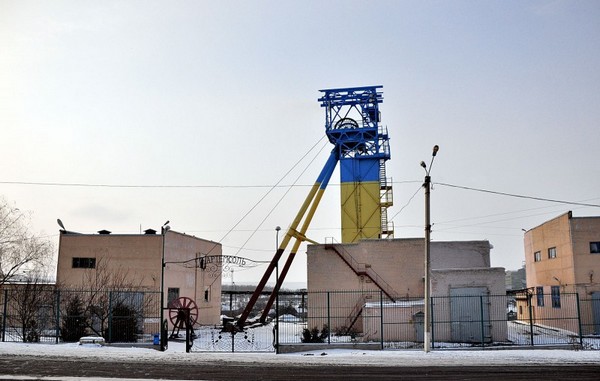 About two hundred and fifty million years ago, in the Donetsk region, the town of Artemivsk, was located a shallow sea. Over millions of years the sea gradually dried up, and the time when the waters did not at all. There were only white salt contained in sea water. Slowly settling on the surface, the salt formed a beautiful white, sparkling waves that, over time, was covered with a thick layer of soil.

Now, on the site of an ancient sea is a salt mine, which has become a landmark of the city of Soledar. Even the name of the city tells the tourists about the fact that God gave these people a huge Deposit of salt. Visitors can enter the Museum only down the mine Elevator. Until recently, or rather to say, until 1990, was extracted tons of salt. After establishing there were big hollow halls, that turned into a beautiful exhibition space.

Involuntary surprise and horror when she sets foot on the floor, which consists of rock salt, at first without even realizing it. Turning around, you feel that the walls and ceiling, and the floor – all that salt! The winding salt drawings on the background of various highlights look great, and feel like in a fairy tale. The limit of admiration has no end.

Some walls are decorated with various bas-reliefs, which have been performed by numerous miners for generations. There are displays of professional sculptors, is made in the drifts after the extraction of salt. Passing through a long gallery, painted with red backlight, imperceptibly you find yourself in the “blue” rooms. Visitors gaze appear fabulous characters, expertly engraved on the walls.

The main feature of the Museum is the original salt Palace, the acoustics of this room are so unique that they began to hold festivals of symphonic music under the name “Salt Symphony”. The uniqueness of the hall, which was the magical sound of the orchestra was highly appreciated by the Austrian composer and conductor Kurt Schmidt.

No less valuable is an underground excavation, the walls of which depicted images of saints, and there is a real functioning Church, where the rector of the Church conducted the service.

No less colorful and fascinating, appears before the eyes of visitors is the salt palm, located in the recess of the cave. And next to the Museum, also underground located speleosanatory where are revitalized by thousands of people.