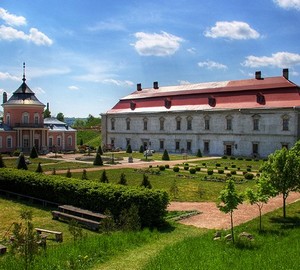 Ukraine is rich in various Museum values that might make you wonder about the purpose of the Ukrainian land. I would like to share with readers another interesting historical site located near the city of Lviv, in the small town of Zolochiv.

Museum “Zolochiv castle” is located at the street Castle and is part of the tourist route “Golden horseshoe of Lviv region”. The routes pass through Pidhirtsi castle, followed by Olesko and Zolochiv castle finish.

Zolochiv castle is the place where in XV century trade routes passed South-West direction. Tatars and Turks are often in these places attacked wealthy merchants in order to profit. So I had to build an Outpost for protection against raids. In those days the power of the city Zolochiv passed from hand to hand with lightning speed: the Tatar-Mongols raided and burned everything in its path, the Crimean Tatars, the Turks. A wooden fortress was burned to the ground and again rose from its ashes.

In 1599 the city of Zolochiv were again captured, now the poles. The owner of the city was the Sobieski family, which belonged to a wealthy noble family. The head of the family of Marek Sobieski was ordered to completely destroy the wooden structures and to begin construction of a mighty fortress of bricks and stones. The castle was built until 1634. Completed the construction of son Marek – Jakub Sobieski. He said construction used the “Dutch” method, that is additional strengthened the fortress of earth and overlaid it with the shaft of stone, creating the enemy inaccessible and steep wall. There was located the casemate and communications, allowing on the spot, without interrupting the battle, repairing damages received during a bombardment by the enemy.

Forty years later the grandson of Marek – Yang, then the famous Polish king Jan III, with the help of the prisoners of the Turks completed and strengthened the fortress so easily able to repel the attack, Haji Giray, the leader of the Tatar army. Zolochiv castle has received a new status of Royal residence of Jan III, although he’s been very rare. The castle was built two-storey Palace, which is equipped with a fireplace and stove heating, spent the sewers that was an innovation of the seventeenth century. Near the Palace was built a small Chinese Palace, popularly known as the Pink. It was a gift of the king and his wife, Marie Casimir. There was erected the beautiful gardens. 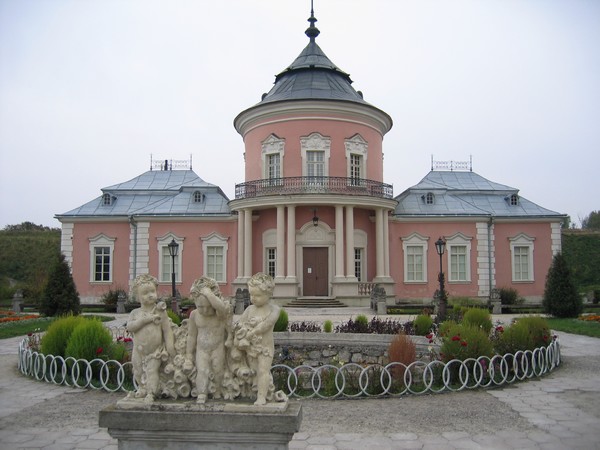 However, the castle had defensive functions, and gradually with the change of owners, began to collapse. The next owner of the castle count komarnicki slightly restored it, but with the arrival of Austrians, the building was turned into a barracks, then a hospital, then a prison.

In this status, the castle functioned until the second world war. The worst happened early in the war. Prison authorities ordered all the prisoners and shoot, which was done. Now on that place built a chapel as a tribute. The prison continued to exist Yes 1953, then it was used as a school.

The restoration of the castle began only in the mid-eighties and is still ongoing, but the Museum “Zolochiv castle” is now accepting visitors and it is hoped that the castle will revive its former beauty.