Museums of the castle of Mont-Saint-Michel, France 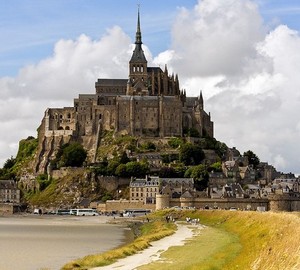 The castle of Mont-Saint-Michel appeared in the 11th century on a small island near the river Cusson. Despite the small territory of the island in the castle there are some great museums, so visitors will be something to watch, besides, the castle itself is very funny in its architecture and causes some interest.

The castle began to build in 709, and immediately after it was built the place became popular with pilgrims. Initially a Church was built, then a monastery of the Benedictine monks.

The owners of the Mont-Saint-Michel and abbots always got along with the leaders of France and tried to help them. So in 1066 the Abbot of the monastery has allocated a huge sum of money for the construction of ships that went to the conquest of English lands. The campaign was successful, and Wilhelm of the Conquerors (the then ruler of France) is also thanked Abbot. Since that time, the castle expanded significantly.

The castle has such a geographical position that are still disputes about whose is the territory of Normandy or Brittany. In his history of Mont-Saint-Michel has survived many wars, which of course affected his appearance. Often it was the possession of various English monarchs.

An interesting case was during the reign of Philip Augustus the French government. The French won another war, and seized Normandy. But it turned out that the castle is very seriously affected. It was very upsetting Philip Augustus, and he allocated the funds as soon as possible to restore the former view of Mont Saint Michel. So, in 1228, the castle has become like the other, but apart from that was built a separate complex, which went down in history under the name “Miracle“. 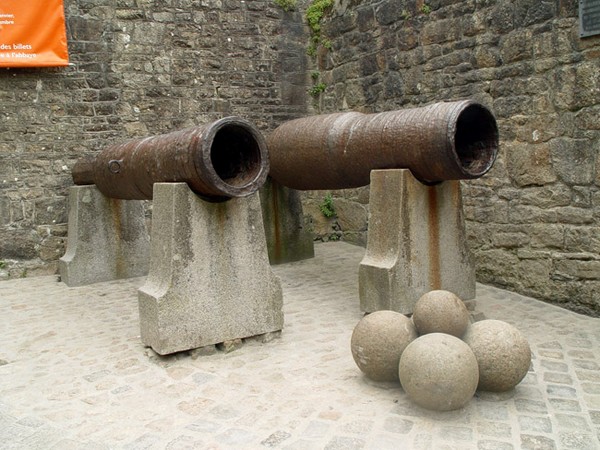 During the hundred years ‘ war between France and England, the castle of Mont-Saint-Michel was the hope of the French. It was defended by only 119 of the knightswho swore to defend to his last breath. For 30 years the British could not take this fortress, and were forced to retreat. Because of his impotence, British troops became angry, and when retreating destroyed all the buildings which were outside the castle walls.

During its existence the castle was even at the prison, which could hold about 300 inmates. But in 1863 he acquired a very different view, the prison was abolished, and the castle reconstructed.

In the castle of Mont-Saint-Michel has a historical Museum, which houses quite a large collection of paintings, sculptures, Antiques and other valuables. The attention visitors always attracts a huge 19th century periscope through which you can see all the surroundings of the castle. The historical Museum is a Museum Archeoscope, where guests of the castle learning about its history and various other interesting things related to the life of Mont Saint-Michel. 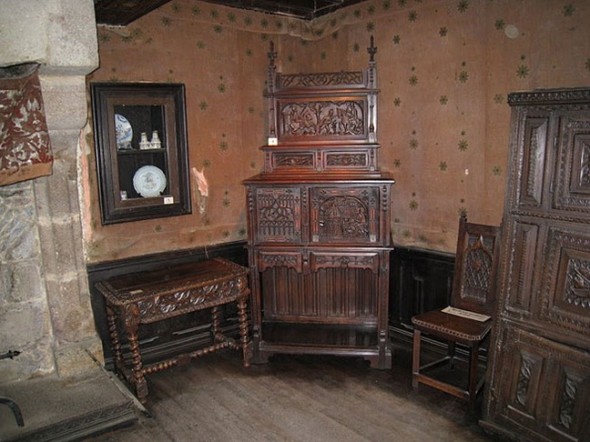 Museum of Tiffany – it has created unique buildings and dwellings of the 13th century, the architect of which was Bertrand Duellen. He did it for his beloved wife Tiffany (hence the name of the Museum).

Maritime Museum, Mont-Saint-Michel will appeal to all mariners, as here are a lot of incredible models of ships.

I want to say that the castle is situated at altitude 80 m. over sea level, but there are seasons when the water rises right to the castle gate. Literally in 1 day it becomes an island, a very beautiful island of Mont Saint-Michel. Today this place is protected by UNESCO as a valuable monument of architecture. 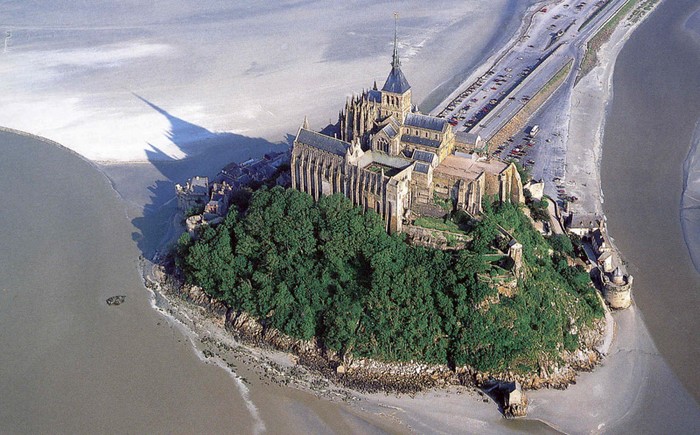