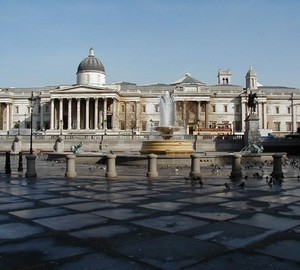 In England, as everyone knows more or less diligent student, the oldest constitutional monarchy. Therefore, it is generally believed that there, especially in the old days, nothing without the knowledge of the kings and Queens do not. And, incidentally, in promoting art to the masses the English rulers much lost everything.

In Europe, virtually all of the famous museums were created by the Supreme initiative of crowned heads and on the basis of their own collections: the Louvre, Prado, Uffizi Gallery. First, for a select audience, then to all comers. And in England the decision on the establishment of the National gallery in London was adopted by the Parliament in April 1824.

Has been allocated (though not without pressure from king George IV) 57 000 pounds for the purchase of a collection of paintings from the heirs of the banker John Julius Angerstein. Incidentally, he was born in St. Petersburg in 1735 by a German family settled in Russia. To England settled about 1749. There is rich, close friends with prominent people (including king George III and Admiral G. Nelson), became friends with many British artists, has assembled a superb collection of old master paintings. Acquired by the state of the first paintings were stored in his house on pall Mall, and then they were available for visitors. 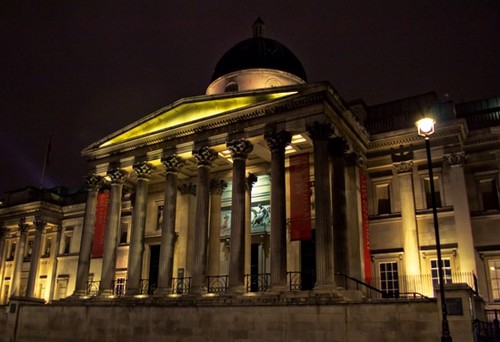 Of course, the building of a private house, even a very rich owner, could not be compared to Royal palaces in Europe which housed an art gallery. Besides several serious collectors stated that they are ready to donate to new Museum of their collection, but only if the gallery will be built suitable premises. So, in 1831 the Parliament decided on the construction of the building of the National gallery in Trafalgar square. Well, that had to build on the site of the former stables of the king: architect William Wilkins used many of the advantages of this structure and even kept eight columns of the old stables, to decorate the new building of the National gallery. Another famous gallery – Dresden – also housed in a converted stables.

In 1836 he published the first two-volume catalog of all 114 paintings that were stored at that time in the Gallery with a detailed description of each. The Museum’s first Director was an artist, a connoisseur of art Charles Eastlake, an outstanding figure in the artistic life of Victorian England. Every year together with his assistants he went to the European continent, toured ancient palaces, churches and monasteries, visited prominent collectors, searching for the unsurpassed canvas. Eastlake remained a Director of the National gallery until the end of his life. 3A 10 years of his leadership it was replenished 139 masterpieces of old masters, for example the paintings of Uccello “Battle of San Romano” and Giovanni Bellini’s “Madonna of the meadow”. 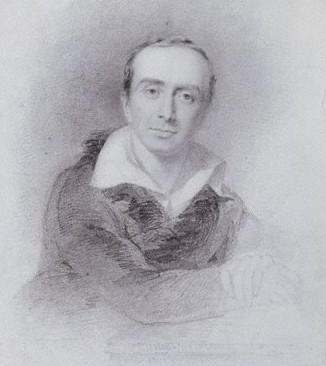 Also, the Museum was enlarged by the gifts of wealthy patrons. Over time, the room became too small for the increased collection. Followed by a series of reorganizations and extensions of the building in 1870, 1887, 1911 , in the late 1920’s-early 1930’s. In 1991 with donations from the owner of the supermarket chain “Sainsbury”, a famous collector Simon Sainsbury and his brothers had built a wing called “the Sainsbury Wing“. 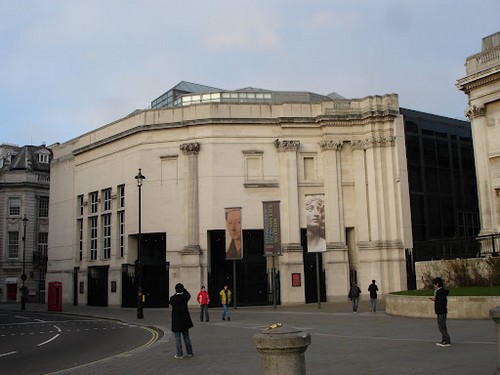 The original architectural project was severely criticized: Prince Charles called it “a monstrous boil on the face of the beloved” (princes are generally inclined to speak figuratively). The project was rejected. To create a new version of invited prominent architect Robert Venturi, who had to take into account the criticisms. The project was considered trivial.

However, the opening ceremony of this wing were carried out personally by Queen Elizabeth II. On this occasion an exhibition was organized “Picture Queen“which features 100 paintings from the Royal collection, the world’s largest private collections of paintings: masterpieces by Holbein, Rubens, Vermeer, van Dyck and many others (here and the contribution of the Royal family to the development of the arts).

In the North wing located paintings from the period 1510-1600. Collected here are paintings by masters such as Parmigianino, Leonardo da Vinci, Titian, Holbein the Younger, Hieronymus Bosch, Pieter Bruegel the Elder. 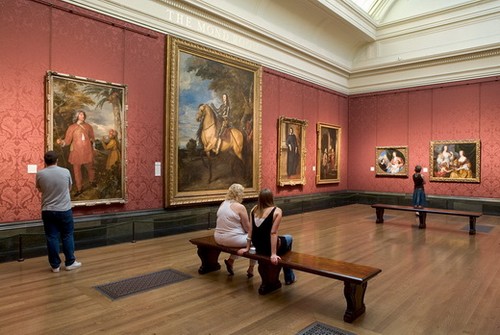 Of course, the Gallery presents the work of captivating the English painter Thomas Gainsborough, who masterfully wrote and landscapes, and portraits. The national gallery is not only a Museum, where are exhibited the masterpieces, but also a research center where they are studied and restored. It also hosts exhibitions, conferences, concerts, lectures major art critics of the educational program.

Currently at the National gallery holds about 2З00 works of painting from different eras and countries. After the completion of the Sainsbury wing total area amounted to 46 З96 square meters, equivalent to about six football fields. The British claim that her building could accommodate 2000 London double-Decker buses. I hope no one will come to mind to prove this empirically.